There are many factors that attribute to Light of Thel: Glory of Cepheus’ successful launch and initial months of running. The sheer size of the open world, the overabundance of game modes and activities each player can revel in, and the customization options that make each player’s character unique all contribute to what makes the game such a huge hit among MMORPG fans.

Though players with very limited time to spend on mobile titles can still enjoy the game, pushing forward fast means spending a lot of time in the game, especially with the huge number of daily quests and dungeons to accomplish on top of the main quests and time-limited game modes.

If you have just started to venture into the world of Light of Thel and still working your way around its herculean features and game modes, we highly suggest that you read our detailed Light of Thel beginner’s guide first. You may also want to check out our comprehensive class guide, that showcases the available classes in the game. Once you have a good understanding of each of the existing game modes, you can focus more on the resources you need to continue raising your combat power. 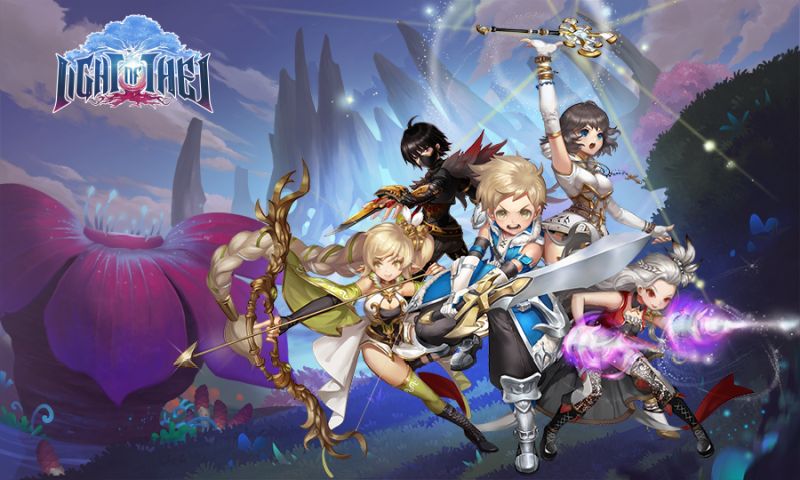 Now, we are going to delve into another topic of Light of Thel, which focuses on farming. Where should you farm for the resources you mostly need? For the most part, this can be determined via the various game modes within the adventures window as each one indicates the respective resources to earn from each attempt. There are various events as well that offer plenty of additional resources to further boost your growth in the game.

In all honesty, there really is no lack of available resources in the game to help you make progress continuously. Time, more specifically time you can dedicate to playing Light of Thel, serves as the only delimiting factor to hinder rapid progression.

The main quests, as well as some side quests, in Light of Thel serves as your primary source of experience points in your adventure. You will not be able to rely on it continuously, though, as certain quests have minimum level requirements that will push you into engaging with the other game modes to boost your experience gain. In truth, almost all other game modes in the game provide you with extra experience points for participation. Some can be taken on all on your own while others rely on having a party.

Once you are unable to move forward with the main story quest, the first game mode to spend time on is the world quest. Note that these quests, as indicated by the different colors of stars they are marked by, have varying challenge levels that determine the amount of rewards they give. Likewise, these quests are scattered across different areas. A lot of these world quests do not even involve engaging in combat and some even take as quickly as a minute or 2 to complete.

One great thing about these quests as well is that it can be taken on solo or with a party. Although you can do more than the 13 quests as indicated in the window, doing world quests beyond that can still earn you silver.

As one of the best perks to have initially from joining a guild, guild quests are extra short and simple activities you can engage in to earn some extra experience points for yourself and guild contribution points for the entire guild. You can take on 10 guild quests per day and if fail to do so, up to 30 can be saved for you to binge accomplish on whenever you have more time to spare.
Again, these quests hardly involve going into battle and will often seem like errands. One great thing about guild quests is that they tend to have minimal manual controls needed and push forward with the next quest as soon as the current one is completed.

As the most basic currency in Light of Thel, having tons of extra silver should not stop you from continuously pushing to earn even more. Upgrades and purchases may seem largely affordable early on but it is only fair to expect your needs for millions of extra silver rise as you make further progress in the game. You can never have so much of silver and every bit of opportunity to earn some should not be ignored. While silver can be earned from most game modes and quests as well, some provide more of it than others.

One of the best and fastest ways to earn relatively bigger amounts of silver is through the Astral Scars Legend. The earlier levels and challenges are very easy and can be taken on only with mercenaries on your team. Challenges come in waves that get tougher and tougher to beat the further you go, but the rewards, particularly the silver earnings also grow larger.

Take note that battles are timed within this game mode so it not only requires your heroes to be tough, but deal damage hard and fast as well. At some point, it will be necessary for you to go for manual play at latter areas.

The Snowfield Skirmish is also a great way to earn tons of silver and the only hard part to do so comes with its specific schedule of availability given within the day. Sometimes, you do not even need to be a part of a team to battle it out with other players. You can simply spend time within the Winter Wonderland and eliminate monsters to earn Power Snowballs.

Customizing your character’s build while at the same time raising your score or combat power is partly dependent on talents. While it can already be a trying feat to choose from among the many possible builds per class, managing talent EXP earned and prioritizing its usage can be challenge in itself. You typically have talent EXP by the thousands but each upgrade costs almost as much as well. As such, you should always consider farming for more Talent EXP whenever you can.

In addition to main quests, side quests, and world quests, participating in Seal Fractures can earn you loads of Talent EXP in addition to EXP and other rewards you can earn. It would be a better idea to join parties for this game mode instead of opting for mercenaries. Unless it takes a while before you can find a party to work with or before anyone accepts you, the actual battles itself should not take that long.

Additionally, fairly easy levels can be left to auto mode and doing so will have you run through all 10 Seal Fracture attempts continuously.

Yet another valuable advantage you can get out of being a member of a guild is the guild feast. It has limited availability as far as days and time are concerned but it requires nothing more from you than mere attendance. On top of Talent XP, you can receive EXP and contribution among other items as well.

No MMORPG is complete without the constant grind and the almost unending need for better gears. As you continue to reach new levels and face more challenging feats ahead of your adventure, you will constantly need to equip yourself with better gears. Beyond the actual pieces of equipment you switch into, numerous resources are also constantly needed for you to perform various upgrade and enhancement options.

To start off, some quests within the main and side storylines provide you with some gears. You will certainly be in situations where the gears you loot are not better than what you already have and to raise the chances of acquiring better gear, party dungeons should be your top priority. On top of EXP and darksteel coins, there are fair chances of securing better equipment from the party dungeons.

Naturally, you will have to defeat the initial stages to move up in terms of difficulty, but the more challenging the battles are, the better the drops will be. Again, these dungeons can be played with a party or a team of mercenaries but as far as efficiency goes, engaging in the more challenging levels are best played with real players and manual battle controls.

More EXP, silver, accessories, and jewelry blueprints can be obtained from the Tree Heart Expedition. Like team dungeons, you can proceed to challenge increasing levels of difficulty within the Tree Heart Expedition and can engage it with other players as well as mercenaries. Chances are that you can easily breeze through the initial levels with a team of mercenaries but once the challenges start to overwhelm you, then party up with strong players and go for manual play.

There are certainly a lot more activities and dungeons you can engage in as you continue to adventure within Light of Thel. In truth, there is no solid guide that applies equally across all players as far as farming for needed materials are concerned. Different needs call for different priorities and, more importantly, every player’s allowable time that he or she can spend on the game plays a bigger impact.

In essence, prioritizing from among the numerous available game modes is important for those who only have limited time they can spend on playing the game. Although a lot of the quests as we mentioned earlier can be done with minimal manual controls and effort, some of the more challenging ones actually require you to manually play your character. If you do have a lot of time and would want to make good progress in Light of Thel, then it should be automatic that you will have to expend every bit of energy and attempt you have to go through all the daily quests and missions.

In any case, do take advantage of the tickboxes just above the adventures page to help you go for the items and resources you need more than the rest. Even with limited time to play the game, securing a 100 activity score will greatly boost your progression as the rewards from it are all essential items.

As far as farming for resources and items go, taking into consideration time-limited events is important. As some will only be available within certain timeframes within the day, taking note of these will ensure that you will not miss any opportunity to grab the resources you need.

Another important point to consider is having a good supply of people to play with so whether you are considering friends in real life or in-game friends and guildmates that you are adventuring with, ensuring that you can quickly gather a full party to engage the more challenging quests and dungeons will greatly help your adventuring and farming expeditions. More so, if you are able to form a full team that synergizes well with one another.

Well, this is all we have for you as far as our Light of Thel farming guide is concerned. We certainly hope that it has helped you strategize around the various game modes available in the game, and you have been enlightened as well on how to make good progress in your adventure. If you have some personal discoveries that led to better ways to farm for the needed resources in the game, please let us know in the comments below!