Hero Cantare continues to be among the most popular strategy RPGs in the mobile gaming market and will likely stay so for a long time. While its popularity may be attributable to the popular webtoon characters in its roster, the intricate means of enhancing heroes, composing teams, and the various game modes all contribute to providing players with continuous excitement and interest.

Hero Cantare is a very competitive strategy RPG and with the host and continuously growing number of characters in its roster, provides very distinctive teams players may employ for specific game modes. There is a lot to pick up especially for players who have not played many strategy RPGs before so if you are one them and have just started playing the game, check out our Hero Cantare beginner’s guide first.

While you can enjoy any RPG with a gacha without employing rerolls to nab the best characters to start with and also continue with your adventure based on whichever heroes you have, our Hero Cantare tier list may be of help to give you some insights on each and every hero’s strengths and limitations.

In this guide, we will be focusing on team-building by providing you with examples of teams for different game modes as well as our rationale for each one. The hard part is that it cannot be expected that everyone will have access to each and every hero, especially the SSR- grade ones so we will try to provide alternatives as well for each one and potentially even consider the lower-grade units in the game. 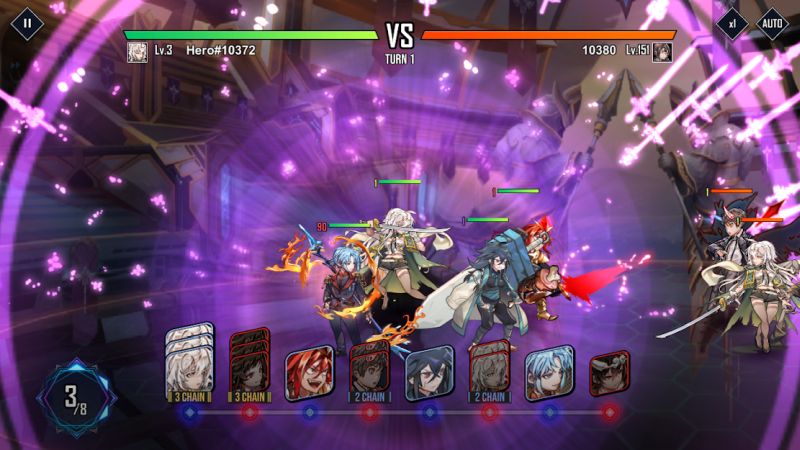 The idea here is not to simply mimic what we suggest or what anyone would suggest entirely but for you to grasp the fundamental basis of each team composition and try to discover on your own what you can work with given the heroes you have in your collection.

One thing we would like you to be wary about is considering two or more characters to invest in when they share the same elemental affinity. While those that have fire, nature, and ice affinity require elemental shards that you can freely farm, it may still be a challenge for you to awaken and upgrade heroes that share the same requirements. For both light and darkness elements, it can be a real pain to budget chaos shards on them.

While we simply cannot help but recommend teams with more than one light or darkness elemental hero within them, the assumption that enough resources have been invested in them is present. It cannot be expected for anyone to build these teams outright but at least be able to work towards doing so by substituting any of the other recommended heroes initially.

On top of the teams we will share, heroes that should stand in as second choices and third choices have also been added. To some extent, we consider going for a substitute hero that has the same role as the missing one as well.

For the Story Mode in Hero Cantare, you can get through most of Normal Mode easily with almost any team you can build, provided that they are levelled enough. The Hard Mode is the real challenge and can be difficult to accomplish with 3 stars, without a good healer or tank. With 3 heroes at the back row and 2 in front, what you would typically want is 3 DPS characters behind and a combination of tank, support, or healer in front.

For the most part, the focus of building teams work start with choosing your main damage-dealer or damage-dealers and then providing support for them to ensure their survival. While the entirety of the game’s normal story adventure leaves little challenge for most players, the latter chapters of hard mode is not as forgiving to just let you breeze through them with complete success. As such, support characters become a necessity at some point.

Crusade Mira Yoo is currently considered a hero that excels across important game modes in Hero Cantare and can help you cut across even the most challenging levels of the hard story adventure. Though most people prefer single target damage-dealers, Crusade Mira Yoo’s mix of single target and AoE attacks will help you clear mobs faster. She’s not low on survivability as well, which makes Chloris, or any healer for that matter, a precaution in case Mira has not been upgraded enough.

Black-March Bam is likewise a very versatile attacker that fits teams regardless of game mode. Chances are that with a very strong team in Story Mode, even hard, Black-March will take a while to trigger, if at all and with a healer in the party like Chloris, you may end up finishing battles without Black-March Ignition activating.

Maschenny is our third pick for DPS in the team. Maschenny also sports a mix of single target and AoE attacks, has self-attack boost, burn, defense reduction, and a chance to stun. Though Yellow-May activates when nearing elimination, Maschenny does well with healers and tanks more than both Crusader Mira Yoo and BM Bam.

Yeon’s Flame Khun is one of, if not, the best support character in Hero Cantare. His value raises more based on the attack strength of the team he is a part of since he can boost attack damage. He can also reduce the enemy’s speed and can burn as well. Yeon’s Flame Khun can also revive an ally.

Chloris is the number 1 healer in Hero Cantare and while there will not be much need for her in the normal mode of the story, she is your best bet to ensure that your team stay through hard stages especially if you do not have a full team of strong heroes yet. She can remove debuffs, cast a shield, and immunize an ally from taking damage.

Here are some of our suggested substitutes in case you do not have all of the above characters. For Story Mode, exclusively, some of them may even perform better than the ones we initially picked.

The first four heroes are pretty much our picks from the story mode team and as we would like to maintain only 3 damage-dealers for the advent boss team, we consider Greatsword Warrior Sora more suitable for advent boss battles than Maschenny, especially against Kuvara.

Greatsword Warrior Sora has decent sustainability, which is an important point to consider in Advent Boss battles more than damage per se. As for the sixth character for Advent Boss levels 8 and above, We prefer to have Kaiser as one of our front row heroes. Kaiser can both reduce the enemy’s attack values and boost the defense of her allies. Taunt and damage immunity are among her abilities as well.

With each advent boss having unique skills and advantages over certain elemental affinities, it will be necessary, especially on higher levels to switch out some heroes in your team. For the most part, though, you should stay focused on progressing with one Advent Boss first, as investing in several characters all at once just to try and progress as evenly across all 3 may not yield the best results.

There are many heroes that can take you far in Advent Boss Battles and here are our picks that you can mix and match depending on the boss you want to take on.

In truth, the arena or PvP mode in any strategy RPG is the most difficult to prepare for because unlike any of the game’s PvE content, it is hard to predict exactly how each opposing team will perform against yours. You will see the enemy team’s roster and if you have a good idea of how each character works, then it will only be a matter of guessing relics and gear sets. It is a common belief that no one team can outclass all other teams but just the same, having a good balance of characters with skills most suitable for the arena can still earn you more wins.

Max Level Warrior works great when you target a specific enemy for elimination. He can deal monstrous single target damage and has survivability as well. Heavenly Warlord’s counterattack and defense reduction paired with some self-heal and high damage makes him among the best picks for damage-dealers in PvP as well. Yeon’s Flame Khun’s overall support capabilities makes him an excellent support character for all game modes. Lastly, Chloris is the best healer in the game overall and the best for PvP as well.

Here are some of the next best choices we have for arena team rosters.

The World Boss in Hero Cantare is one that cannot be defeated. The idea is to deal as much damage as you can within 15 turns and as its power grows over time, it becomes more and more challenging to survive. While naturally, you may be driven to squeeze in some powerful attackers to sink in a good hit or two, it is better to start off with heroes that have high survivability and can dish out damage even little by little.

God-Killer Zero’s value comes from the ability to silence the enemies and the ability to confuse them as well. Confusion will be a big help in generating damage especially at the latter turns. No-name is valuable in reducing the defense of the enemies with a high probability. She can boost critical hit damage of the party as well but for survivability, removing debuffs on allies and granting immunity from debuffs for 2 turns is a huge help. Master Pooh Upooh can reduce the crit rate of enemies and slow them down as well.

Being able to temporarily revive an ally to extend the duration of battle and chip in some extra damage can be helpful as well. Last but not the least, Haetae is the best healer to have for world boss raids because of her healing ability that sustains her HP as well. Haetae Beam can be a great perfect evasion tool if used correctly as it grants immunity for 1 turn to 2 allies and recovers their health as well. If Haetae gets eliminated, she will grant an immunity shield on all remaining allies for each to cast in some final hits on the boss.

Different World Bosses are expected to come to Hero Cantare in future updates and each one may sport different tricks that call for different strategies or even teams. Here are some of the heroes whom we feel will do well for World Bosses in general.

And that sums up all the teams we have for you on our Hero Cantare team guide. We certainly hope that what we have provided will not just give you ideas on what kinds of teams to build but to also help you come up with your very own sets of teams that may eventually prove to be at the top of the ranks.

As more characters are expected to join the fray and more updates may yet yield changes for the existing heroes within the current roster, it is safe to assume that the heroes current stats and abilities are not that permanent.

In any case, there are certainly a lot of effective character combinations we have yet to discover and chances are that some of what we recommend will not be the best picks for everyone else.

If you would like to share your current teams for each of Hero Cantare’s most dominant game modes, we are very much interested to know about them as well. Feel free to express your views and opinions on our teams and share your own via the comment section below!

Previous
Goddess of Genesis Tier List: The Best SSR and SR Heroes in the Game 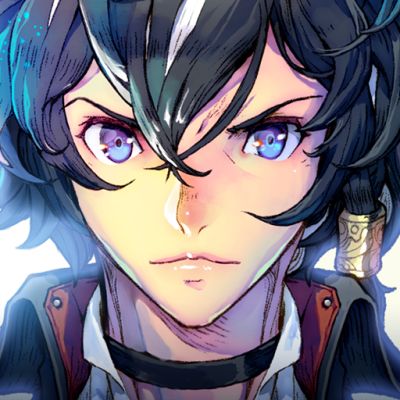