Train Taxi is a new puzzle game from Belarusian developer SayGames, a company that’s behind popular mobile titles such as Clean Road and Idle Painter to name a few. In Train Taxi it’s your job to pick up passengers while navigating a train through winding tracks and passages. The game is reminiscent of the hugely popular mobile game Snake where you control a line while collecting items, and every item eaten makes the line longer. In Train Taxi you get to control a train, collect people, which in turn makes the train longer. Just like in Snake, you need to avoid hitting your own trail in order to avoid ending the game.

This is a very simple and easy game which will get you accustomed to it as soon as you start. All you have to do in Train Taxi is to choose which path to go and swipe in the same direction. There are stops when you reach intersections where you can go whichever you please to pick up passengers. There is no time limit and moves are not restricted making this game really hard to fail.

However, the real challenge starts when you get to higher levels and need to collect more people. Maneuvering a longer train in a bigger map with numerous stations and passages makes it possible for you to crash into your own train carriage. In this Train Taxi guide we will share with you a bunch of tips, cheats and strategies in order to safely get you and your passengers to the desired destination.

Planning ahead is an important thing in Train Taxi. Doing this will ensure you know which way to turn to and not just randomly wing it. Before you start moving your train, you can see the map of your route and where the stops will be. You will have a general idea of where to go and which way to turn in order to pick up all passengers. 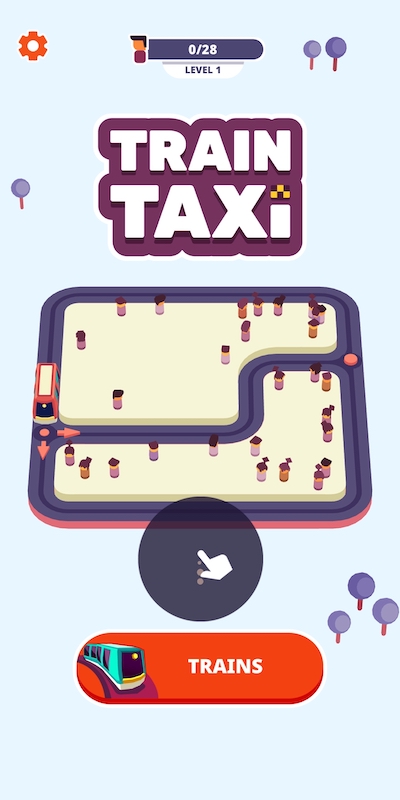 In the early levels, it is possible to do this since maps are small and can be seen on your mobile’s screen. Once you reach later levels, maps are larger and you won’t be able to see everything. When you reach levels where the map is larger and there are way too many people, you need to be prepared to have a very long train. To avoid crashing and hitting your own train, take the farthest route even if it means going around all over again.

There are some levels where you can collect keys at certain stops. Although chances are very slim that you will not go through a stop, if you happen to pick up all passengers without getting the key, it will disappear making you lose the opportunity to collect it. It’s always best to go for the keys first to avoid this issue happening in the future. 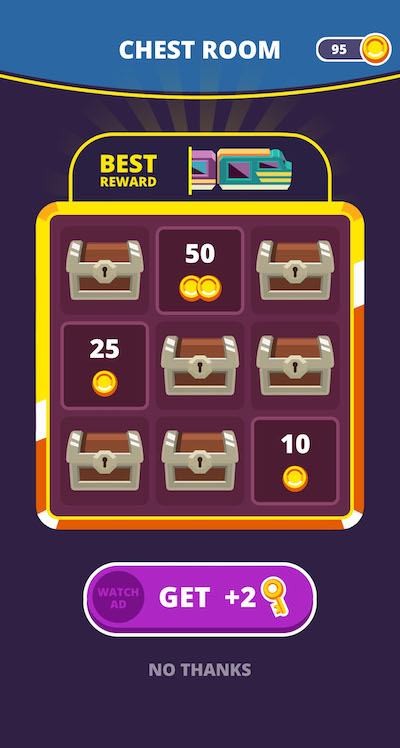 Collecting three of these keys will allow you to go in the Chest Room where you can open three chests with the three keys you collected. There are nine chests in the Chest Room. Inside these chests are random amounts of coins and a new train. You can choose any chest you like by tapping on it. If you fail to unlock the new train, the game lets you watch a short ad in exchange for two more keys. You can do this until you unlock the new train or if you want to open all chests.

3. Spend Your Coins On New Trains

Other than the normal levels, there are levels where you need to collect coins on the tracks. This type of level is a no-brainer as you only need to go through tracks and collect coins. However, collecting coins still extends your train, so you need to be careful as there is still a chance you might crash onto yourself. 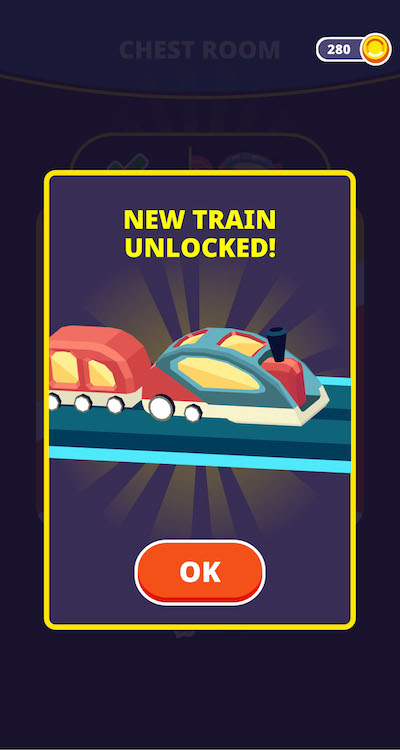 Coins are used to buy new trains. Getting these new trains have no effect and are just for aesthetic purposes only. There are a lot of trains you can choose from, and each one differs from the other. The train you get from buying one is random, but once unlocked, you can choose whichever one you want from those you have to make your game visually pleasing for you. 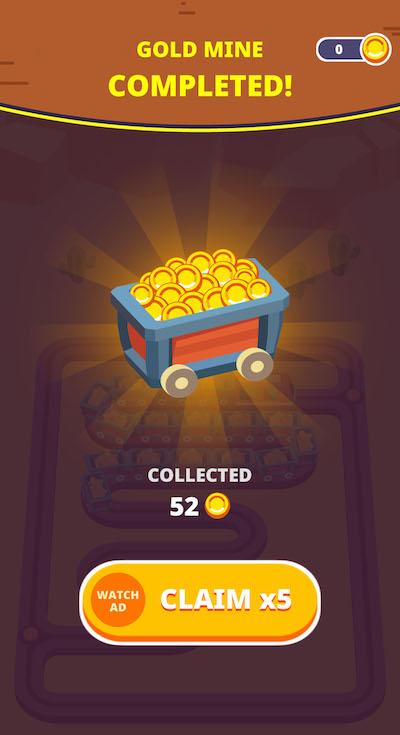 As with all free to play games, there will always be ways to have an advantage in the game through watching ads. In Train Taxi, watching ads will either give you additional coins, keys, or a chance to continue a level when you crash your train. 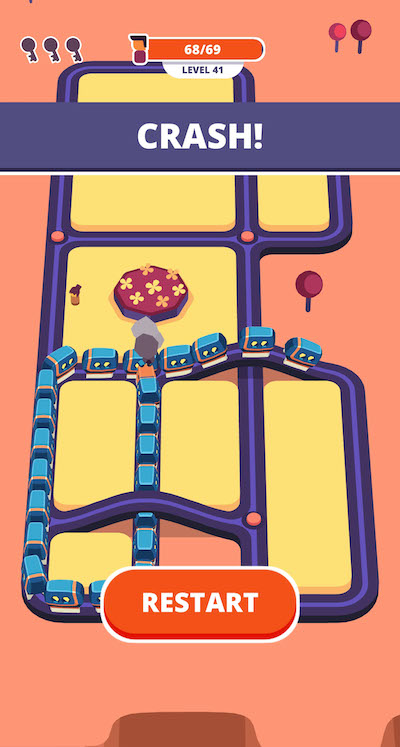 After collecting all coins on a coin level, you will be given an option to watch an ad in order to multiply all the coins you have collected by five. This is a great opportunity for you to get a large number of coins so that you can get that new train design.

When you are in the Chest Room and have used up all the keys, the game gives you a chance to watch an ad in exchange for two more keys. Doing this enables you to unlock all nine chests by watching three more ads. This way you’ll have more coins and a new train design.

The game is very easy but sometimes certain things such as accidents cannot be avoided. When you crash, the game either allows you to watch an ad and continue collecting the remaining people you left, or you can choose not to and restart the level from the beginning.

That’s it for our Train Taxi tips, cheats and strategies. If you have something to add to our list of tips, feel free to let us know in the comment section below.