Fincon’s highly anticipated Hello Hero All Stars is now available for download on iOS and Android. It’s the latest game in the acclaimed Hello Hero series, and it brings together dozens of fan-favourite characters from the earlier games while also adding plenty of new ones. 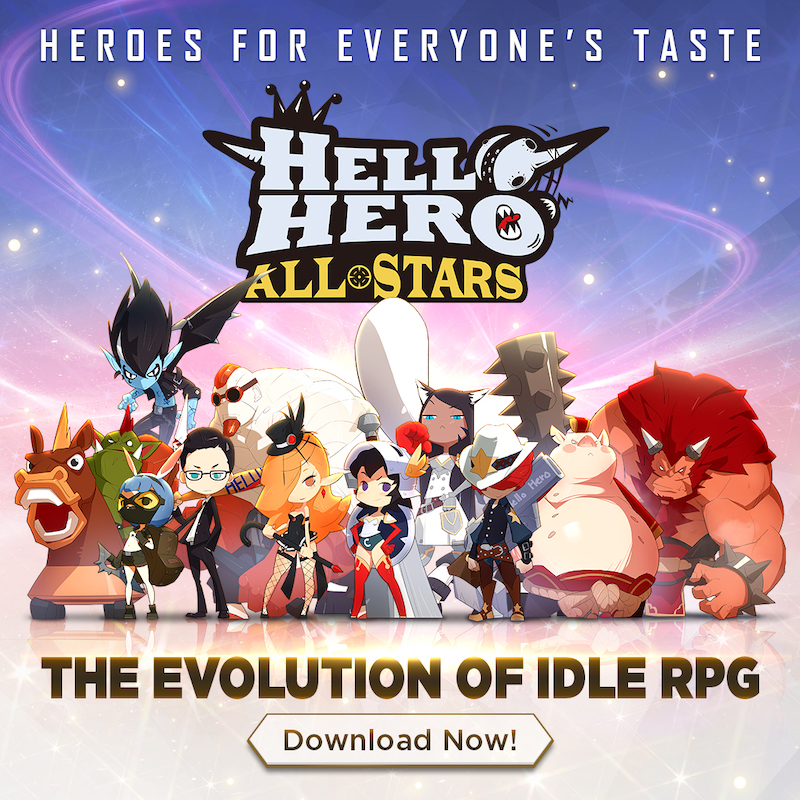 The series has always been known for its smart and tactical idle RPG gameplay, colourful visuals, and quirky characters. All Stars takes that established formula and builds upon it with its own inventive additions.

The coordinate lock system is a super interesting idea that inspires you to think carefully about the combination of heroes you take into battle. Different enemies require different types of party, so it’s something you’ll need to keep going back to and refining over time.

It also makes use of a reliable drawing system for recruits, meaning you won’t be saddled with a hero that isn’t going to be of much use. And every recruit can be levelled up to the point where they can take on even the toughest content, so you won’t have to stop using your favourite heroes due to a predetermined level cap.

There are also plenty of modes to get stuck into, including an extensive adventure mode and even a cooperative mode that allows you to work with up to 10 other players.

To start assembling the ultimate team of heroes, just make a quick trip to the App Store or Google Play to download Hello Hero All Stars for free.