Teppen Deck-Building Guide: How to Build a Powerful Deck to Climb Through the Ranks

Are you sick and tired of losing to brainless Ryu decks? Does Nergigante make you want to throw your phone out of the window? Are you lost in the jungle of options available when building a deck? Then you have come to the right place. This guide is here to help you learn the basics of building a deck in TEPPEN, and help you climb through the ranks.

If you are looking for general tips and tricks, then check out our TEPPEN beginner’s guide instead, while our best heroes guide will give you an overview on the various heroes in the game and their arts.

First, we are going to list some tips and tricks that apply to building any deck in TEPPEN, then we will analyze a couple decks and see how they work. This should give you an overview on how decks function in this game. So without further ado, let’s move on to our TEPPEN deck-building guide!

Stick to decks with cards of a single color when you are just starting out. Multi-colored decks come with limitations, and they require extensive knowledge of the game before you will be able to build and pilot them well. 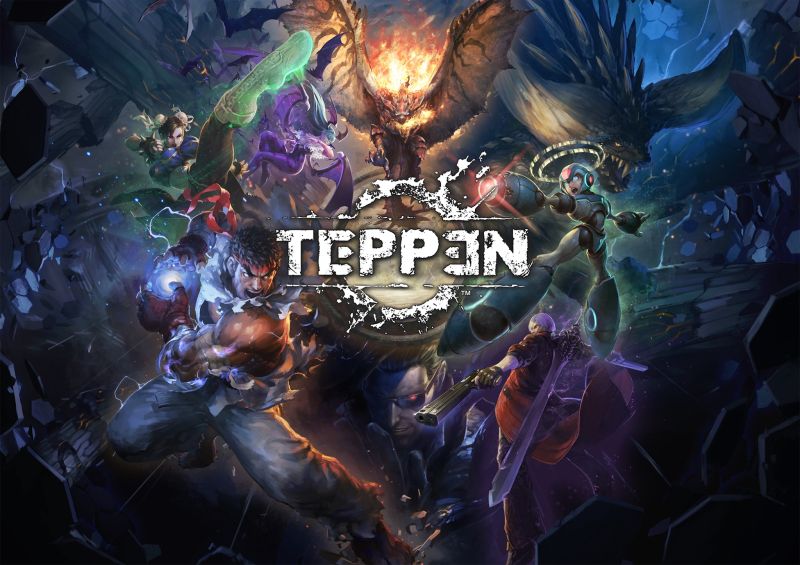 Play more units than Action cards. I can’t give you exact numbers, as they vary for each deck, and with your playstyle, but make sure at least about 17-18 of the 30 cards in your deck are Unit cards. Units are what defends and attacks, Action cards only interact with what’s already on board. So, make sure you always have units to play in your hand. Furthermore, keep the MP costs down.

The lower your MP costs, the more cards you will be able to play, which in turn makes you able to use your Hero Art more often, and to keep drawing card, as there is little point to be stuck at 5 cards in hand if you don’t have enough MP to play either of them.

2. Devise A Gameplan For Your Deck

This is at the core of every card game: you want your deck to do something specific, and then pick the cards that synergize the best with what you want to do. This will be further explored in depth when we analyze specific decks later on in this guide. For now, know that you will have to pick a win condition for your deck, and then build your deck around your condition. For example, if you are playing a Chun-Li deck, you most likely want to include a lot of cards that buff your units, and action cards that heal or shield them, so that they can keep on fighting with their buffs, making them hard to stop.

This also comes into play when you are picking your Hero Art. The Hero Art should complement your deck’s playstyle, you should treat it like an extra card you can occasionally play. Think about which Hero Art benefits your deck the most, and pick it.

You will progressively get better at this, just try and build out new decks every now and then, and try to carefully analyze what goes into each deck. You can also see what other people are playing and check out their decks. Try to see what other people are doing differently and figure out why they are doing them. This game has a lot of depth, so don’t be ashamed if you are failing at first!

3. Test Your Decks Thoroughly And Try Out Different Variations

Theorycrafting is plenty of fun, but what truly matters is how the deck performs on the battlefield. Once you are done selecting which cards and Hero Art to play, it is time to play with the deck and see how it performs. You should test the deck for at least 6-7 games before doing any changes, as there can be many factors that influence your fights.

You can draw poorly, or you can draw exceptionally well. The same goes for your opponent. Or you could be facing a deck that is extremely good against yours, or that fares poorly against yours. Don’t take your winrate as the only metric to decide whether or not a deck is good. Consider how easy or hard it is to play, how it fares against the most common decks, and how many matchups are you ok with losing. Some decks only exist to beat the 2 or 3 most used decks in the game, consider if it’s worth it to ignore them and consider them a surefire loss every time you play against them.

After testing a deck for a bunch of games, see if there’s any card that didn’t perform as you wished, or if there are structural changes to be made. Also consider if the Hero Art you picked is the correct one. Try to switch the leader, and play with the new Hero Arts too. See if the mana curve works out nicely, if the deck plays smoothly, and if you have answers to the most common plays readily available, or if you are having issues dealing with them. 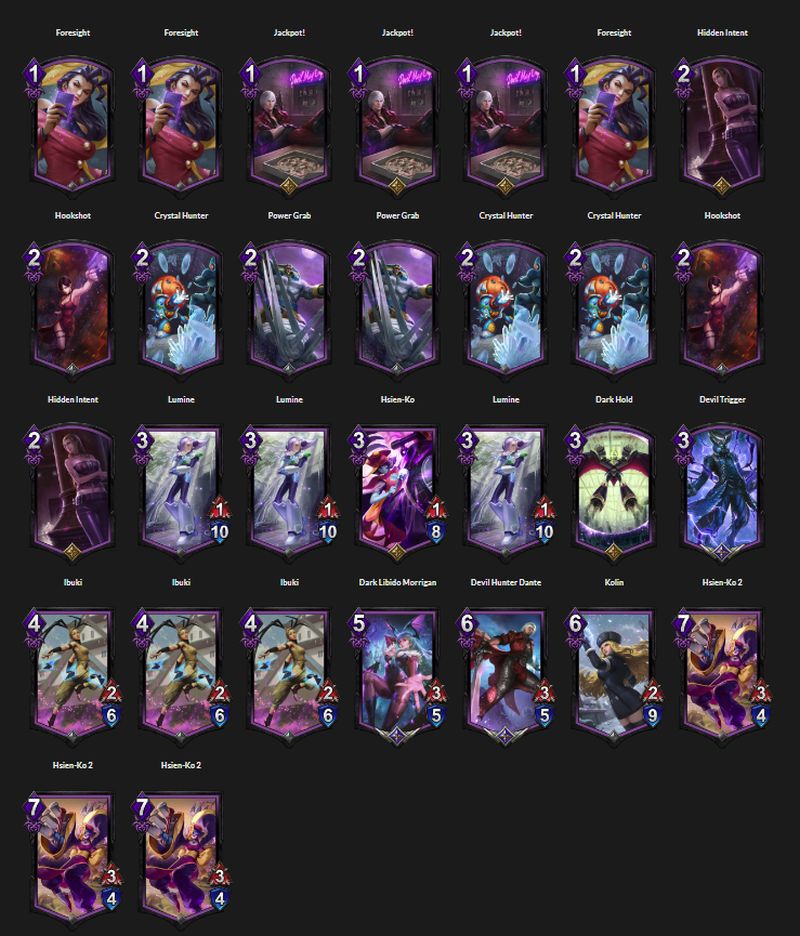 I decided to feature this deck because its strategy differs from that of every other deck in the game. The goal is to let the opponent fill their board with their units. Yes, that sounds counterintuitive, but hear me out. That’s when Hsien-Ko and Ibuki come into play. Their Resonate effect makes it so that they gain +2 / +2 each time you use an Action Card, which you can then combine with Hookshot, and turn Ibuki and Hsien-Ko into unstoppable machines that deal plenty of damage by directly attacking your opponent. Since all of this setup will cost you a lot of your health, there are some tools that stop you from taking damage from your opponent’s creatures. You have Crystal Hunter and Power Grab, two cards that inflict Halt for 5 seconds on their target, making the halted creature unable to attack or counterattack.

Naturally, all of this isn’t enough to win, as you need to protect your Ibuki and Hsien-Ko from cards or abilities like Nergigante’s second hero art, Spike Launch. That’s why we play Lumine and the smaller Hsien-Ko, to soak up damage that gets dealt to multiple units. Dark Libido Morgan goes well with the gameplan of the deck, earning you precious time through her ability, as well as being able to deal some nice damage through halting the enemy in front of you, while ignoring them. Kolin works both as a damage soaker, and as a way to buffing your units in case you don’t draw Ibuki or Hsien-Ko. The rest of the deck helps you dealing with enemy threats up to the point where you can play and buff up your own threats, and overpower your opponents.

Regarding which Hero Art to use, Temptation is the pick, in case you end up not drawing your Halt-inducing cards. Do not use Darkness Illusion, as that risks ending up putting you at a disadvantage. Same goes for Shadow Blade really. You want your enemy units to stay alive, so that your flying units can keep damaging your opponents, rather than killing them and risking your opponent play additional units that can deal with your flying creatures.

This deck is quite unique, and can net you some very easy wins against careless opponents. It’s also hard to deal with Ibuki and Hsien-Ko once they have been buffed enough. Definitely recommended if the playstyle intrigues you. 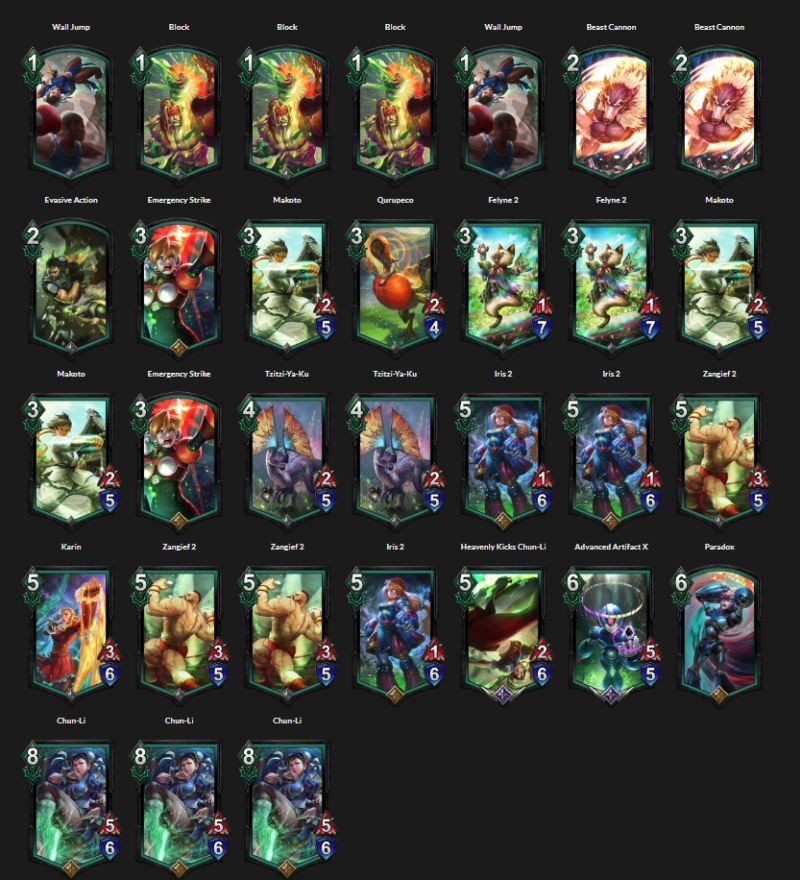 This deck is very powerful if you can build it. For starters, it feasts on Ryu decks, which you will face a lot, as Ryu decks are strong and easy to use. Plus, it goes even with Nergigante decks, another powerful and easy to use style of decks. The strategy of this deck is to stall until you can drop your big Chun-Li or other big creatures with the Victory trait, and buff them up to the point they are impossible to deal it, saving them through shields.

This deck’s playstyle is slightly different from the usual. You want to wait until you can play your big monsters, rather than just playing them as they come. You want to abuse the Victory trait as much as possible, this is achieved by playing your Victory units right when they can kill the attacking enemy, gaining their buffs, and then keeping them alive with cards like Block and Wall Jump.

Do not worry if you are taking some chip damage at the start from the smaller units of your opponent, you will be able to kill them easily with your Victory units. Health is a resource like any other, you can spend it liberally until it goes to around 15, that’s when your health management starts becoming important.

You want to play your Action cards only in response to what your opponents are doing. Shield your creatures when they are about to get destroyed by a spell or an attack. Other than that, your MPs should be saved to play your big units.

The Hero Art of choice for this deck is Yawn. Yawn allows you to easily recover MPs from your creatures that are about to die, allowing you to keep churning out your big units. This requires some experience in piloting the deck, as getting your board cleared without Yawn active usually means you are going to lose the game, as your units are quite expensive, and you absolutely need the boost in MP guaranteed by Yawn. That said, there is not much thought that goes into using it: just activate Yawn whenever you are about to lose a unit.

This deck is all about big creatures, and who doesn’t like big creatures? They are great. They crush their opposition, and make us feel super powerful. This deck is fun and rewarding to play, plus it’s pretty cheap to build, which is always nice if you are not planning on spending money on this game. Also, Chun-Li is cool. 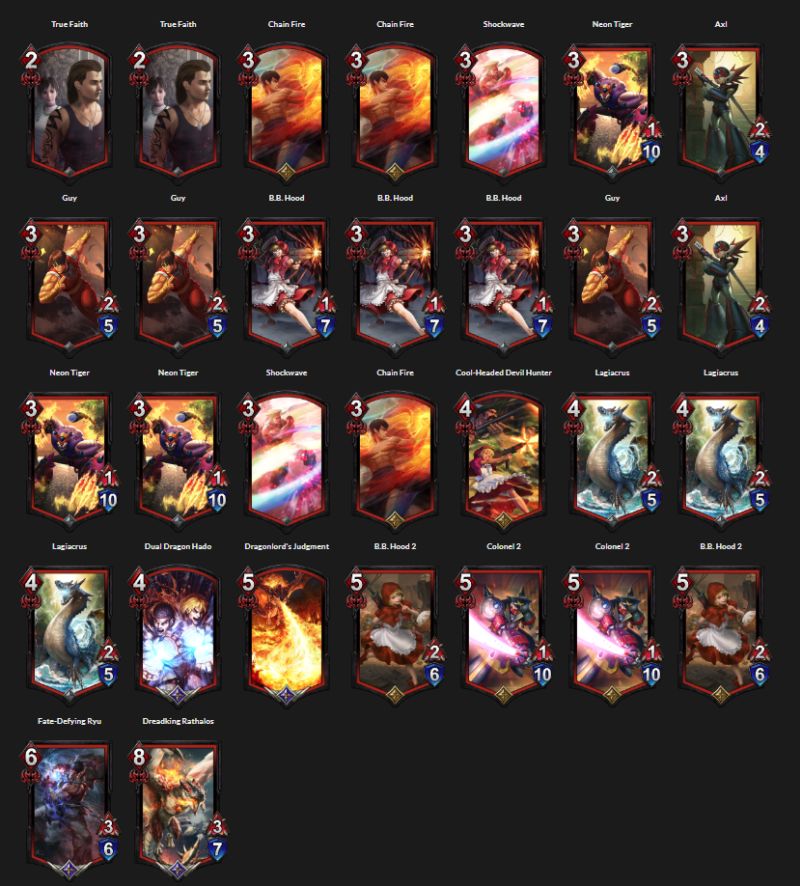 This is a deck that has a lot of variations, and there are versions that cost way less than this, but I decided to put one of the more unique ones in here. The gameplay doesn’t deviate from the classic Ryu decks where you try to win by chipping your opponents with your units while also dealing heavy damage through spells.

Ryu decks tend to play fast and aggressively, and this one is no exception. Most of your units have Rush, and deal damage to the enemy in front of them when played, or deal damage to random enemies like B.B. Hood. Your Action cards allow you to destroy enemy units, or to smash your opponent’s face. And then your Hero Arts completes the deck perfectly.

Realistically, any of Ryu’s Hero Arts work fine with this setup, but Metsu Shoryuken is by far the best one, thanks to its low AP cost, and the damage potential it has. Giving combo to Dreadking Rathalos can end the game on the spot, thanks to the card’s effect. Alternatively, you can use it for a quick burst of damage, that will most likely end your opponent’s life.

The other Hero Arts also work fine, so don’t worry if you haven’t unlocked Metsu Shoryuken yet.

This concludes our guide about how to build a powerful deck in TEPPEN. Make sure to experiment with all the colors to see which one you like the most! From then, you can pick what Hero you prefer, and then start building decks based around their strengths. The decks posted here are to be taken as guidelines, and as the metagame progresses, they will most likely become obsolete. Keep your decks up to date, and you will experience a higher winrate. If you found out about any other decks you would like to share with other people, make sure to do so in the comments! 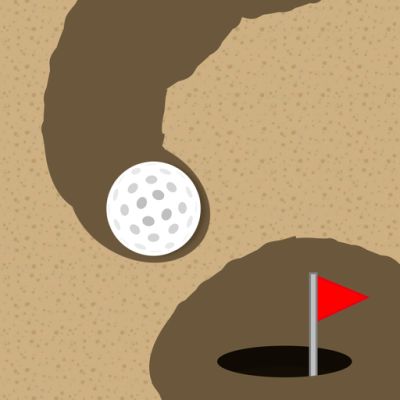 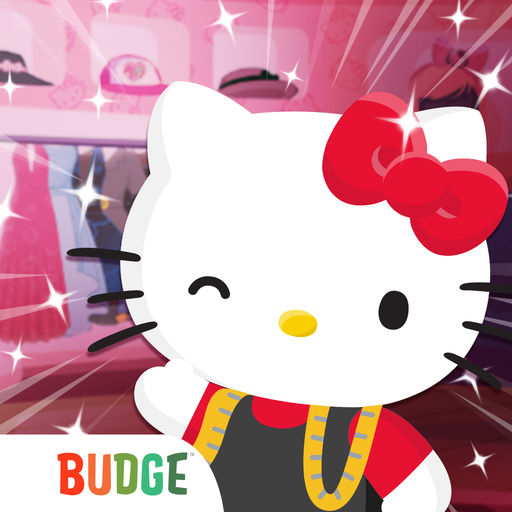 The Yawn deck pictured has 31 cards. What card would you recommend taking out?