As promised, we’ve got another list of Super City tips, tricks and strategies, but just in case this is the first time you’e reading this and learning about this game, let’s get you up to speed. Super City is the latest title from MDickie, the same guy who brought us titles such as School Days, Hard Time, and Wrestling Revolution/Wrestling Revolution 3D. This game combines the mechanics of both MDickie’s school/prison simulators and his wrestling/MMA simulators, but this time, you’re in control of a superhero, or if you should switch allegiance, a supervillain.

You exist in a place called Super City, and in here, you can interact with a quirky cast of superhero/supervillain parodies, including many who are inspired by actual Marvel and DC characters, and a good few inspired by pro wrestlers and MMA fighters. Shall you fight for the side of good or the side of evil? It’s all up to you, as long as you can shift the balance toward your side of the morality fence.

We had previously shared with you some basic tips for this game, mainly designed for the beginner. But now, we’d like to give you a new strategy guide for Super City, this time offering tips for advanced players. So with that being said, let’s take you to those tips.

1. What Does The Third Bar Do? 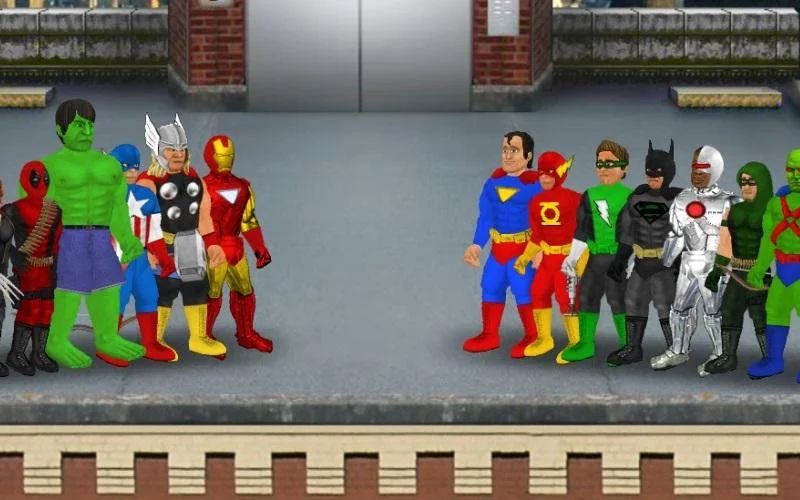 You may have been wondering about that purple-ish bar right below the green health bar and the yellow superpower bar. That gauge, as it turns out, measures your respect in Super City – are you a brave and successful hero who puts fear in the heart of the bad guys, an evil genius who can easily wipe out the heroes, or a bumbling fool best known for his/her incompetence?

Your success in fights will determine how far that respect meter goes, though if you end up on the losing side, your respect will go down. As we’ve observed, more Respect also means it takes longer for your superpowers to wear off.

Respect will really go down if you throw up the food you eat or end up soiling yourself (yes, that MDickie mechanic again), so you might want to do some fighting to build it up again. Playing an instrument does help boost your respect as well, though it may take some time for you to see the effects.

As long as your character has the ability to do so as a Superhuman, you can fly in the game – this is explained in the game description, but just in case you missed it, you can simply double-tap and hold on the “R” button to fly as a Superhuman. But even if you don’t have the ability to fly, or if you’re in regular human mode, you can still fly and use the same double-tap-then-hold action if you’re able to score a jetpack.

Flying is a good way to avoid contact from your enemies, though if you fly too low, they can lift you out of the air and send you crashing down with a thud. And speaking of things like that, you’ll want to make a good landing and release the “R” button at the right time, as a bad landing can cost you some Health, and sometimes some stat points.

3. Take On Those Random Quests 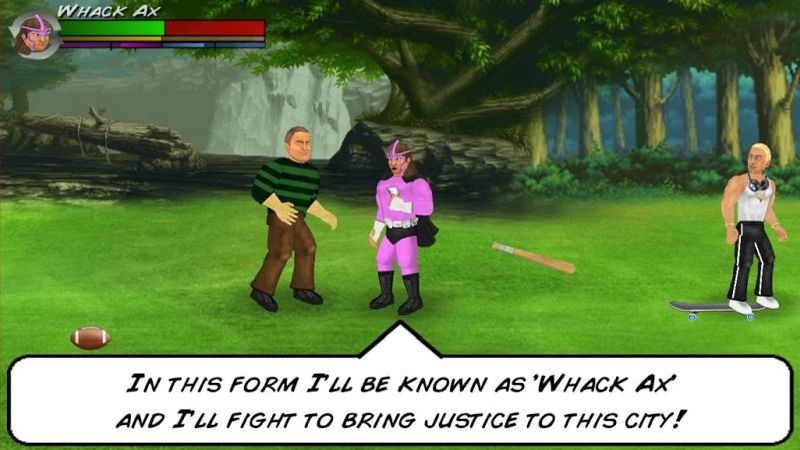 Just like in other MDickie games, characters will sometimes approach you and ask you to do something for them. For example, one character may ask you to bring him a shovel within five minutes.

We advise you to follow and complete those quests, as doing so will give you a valuable ally if you’re in a battle while in the same room together. As part of your friendship, you may also be taught some new special skills. Just remember, though, that the new skill you learn would override the one you currently have.

4. Control Lasers And Projectiles With The Arrows

As we explained in the above tip, you can learn new special skills by accepting the friendship of others and their offers to teach you their skills. If you’re lucky enough to learn an eye or chest laser skill, we suggest that you use this in ranged combat, as it’s safer (and more effective) than fighting up close and risking bodily harm. In order to use it better, we suggest using the arrow keys to guide your laser up or down.

For example, you can aim your laser up to drop a flying character, or aim it down to further hurt other characters while they’re down on the ground. As for projectiles, you can also use your arrow keys to aim them properly at the enemy of your choice. This is especially helpful if you’ve got the game’s Special Edition, which allows you to edit characters and choose other characters beyond the stock one the game gives you. 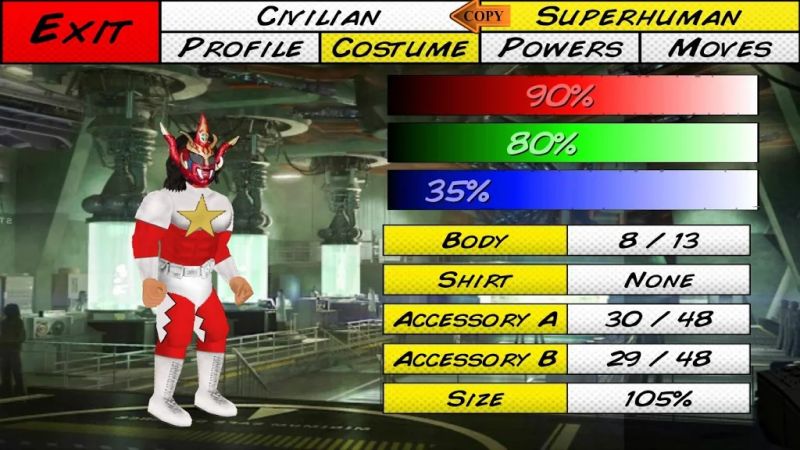 Tired of being ganged up on by the enemy faction? Occasionally, your friends (or characters who see you as an ally) will ask you if you want to take them on as a sidekick. If they do, we advise you to say yes – your sidekick will follow you wherever you go, whether you’re human or Superhuman, and will help you out in battle.

The help may sometimes not seem like much, as sidekicks (due to the game’s mechanics) frequently tend to mind their own business and focus on their direct opponent, and not on bailing you out from trouble. But two against three is always better than you, and you alone fighting with multiple characters at the same time.

6. Other Benefits Of Making New Friends

Aside from sidekicks following you all around and fighting alongside you in every battle, aside from learning new skills, there are other reasons why you should make friends with in-game characters of the same alignment, should they ask for your friendship. (This also applies to characters who become your boyfriend or girlfriend in the game.)

With more friends, you’ve got more allies and more people helping you out in battle, and some friendships do get started when characters randomly offer some helpful tips on how to play the game, allowing you to learn something new while making a new friend.

7. Use The New Weapons 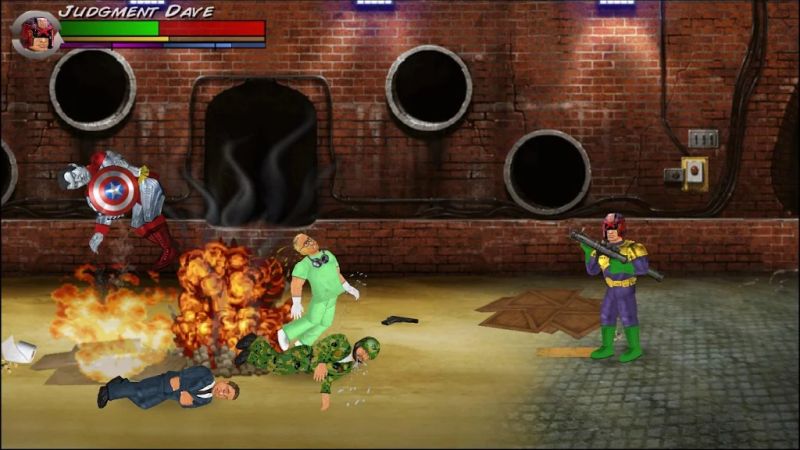 Forget the pistol or machine gun you may have used in Hard Time to take our enemies faster than you would with your punches, kicks, and grappling moves. Super City has introduced several new weapon types which you can use in battle, whether you’re human or Superhuman.

Our personal favorite is the laser gun, which works like the eye and chest lasers. We suggest holding to it while you’re a Human, as blasting those from opposing alignments while human can fill that yellow bar up quickly.

8. How To Fill Up Your Yellow Superpower Bar

Need to stay super for a longer period of time? If so, then you want that yellow bar to be filled up as far as possible. You can do this by attacking other characters (preferably those of opposing alignment, of course) while you’re still human, and the bar does seem to go up a bit (emphasis on a bit) when you attack others while in Superhuman mode with your bare hands or feet.

As we said in the original guide, sleeping helps recharge the superpower bar, so take a rest every now and then to ensure your superpowers don’t go away quickly. 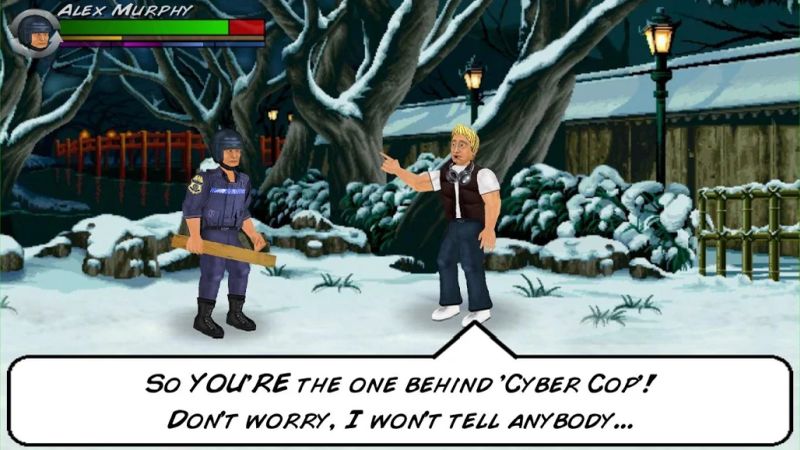 We’ve learned this the hard way several times; character from opposing alignment knocks you down on your butt, and they string together a combo of sorts by putting you in a submission (they really hurt this time, especially when done by a Superhuman), or by kicking on you so you don’t get up.

Naturally, you can do the same and make sure your enemies go down and stay down; one nice trick would be to hit them with a laser (may it be via superpower or via laser gun), then hit the down arrow to aim it at your fallen enemy.

10. You Can Play It Offline And There Are No Leaderboards, So Go Rage-Quit

Not a few console game makers have cracked down on rage quitting, or the process of quitting a losing battle so your loss doesn’t get credited to your name or handle. But since there’s no such thing as a leaderboard in Super City, and since you can play the game offline, it’s fine to rage-quit if you’re on the brink of death or grossly outnumbered.

That will allow you to extend the lifespan of your character, and to quickly regroup and formulate a different strategy against the enemy.

11. Bored With Being A Hero Or Villain? Switch Allegiance

Provided your character is still alive, Super City can be an endless game. But it can get boring, we’d admit, if you have, for example, started out as a hero and disposed of all the bad guys, controlling more rooms as a result. That could get a bit monotonous, so if you’re getting bored with being so dominant as a hero or villain, you can attack someone of the same alignment as you are; you would then be prompted, in most cases, to answer if you want to remain in your current alignment or turn traitor and join the other side.

Accept that offer, and while you’ll make yourself a whole bunch of new enemies, at least the other side will know you’re backing them up, and at least things won’t get too monotonous.

And this wraps up our second guide for MDickie’s mobile game Super City. Have you discovered any other tips or tricks that we don’t? If so, feel free to drop us a line in the comments below!

I was wondering, I'm playing as Superman and for some reason, the switch button next to the bar is white am I neutral?

How do I reduce muscle mass. I started using a dumbbell and my characters muscles became super huge and I don't have a way of decreasing them.

Hiw do you get your ai girlfriend back

What should I do so that my powers won't finish