Mat Dickie, or simply MDickie for short, is the one-man mobile gaming unit that had previously given us games such as School Days and Hard Time, as well as Wrestling Revolution 3D and Weekend Warriors. Now he’s back with yet another game for Android and iOS called Super City, and in terms of mechanics, it’s got a little something for those who are familiar with all of the above mentioned games. The game puts you in the role of an ordinary human being who, depending on your alignment, could become a superhero or supervillain as you fight for control of the eponymous Super City and all its individual areas. The combat system from Wrestling Revolution returns in this game, though there are, of course, a few little wrinkles that make this game more superhero/supervillain-centric.

This is a fairly new game that we’ve been playing quite a bit over the past few days, and while we do hope to give you a comprehensive list of intermediate to advanced tips, let’s start from the very beginning, and get your superhero/supervillain career off on the right foot with this Super City strategy guide for newbies.

1. Basic Controls Have Been Changed

MDickie says it all in the game’s description, but if this isn’t the first time for you to play his games (School Days, Hard Time, etc.), you’ll notice that there have been some changes made. The “G” button for grappling has been replaced with a “B” button, which allows you to block enemy attacks. If you want to grapple someone to set up a wrestling move, e.g. a suplex, you’ll have to hit “A” (attack) and “B” at the same time, then hit the corresponding action key or direction button once you’ve got the other person locked in. It is, we’d say, trickier than the previous grappling system, but it is what it is and it’s something you’ll have to get used to.

2. Pay Up For Maximum Flexibility

In the free version, you can only use one character, and that’s Bart Crane, a.k.a. Dragonfly. You cannot edit his stats or his name, and cannot edit his alignment either, which is as a hero. But if you pay $5 for the Special Edition, you can choose any one of the game’s characters to be your own, and edit and customize these characters to your liking. You can also create your own Fight Scenes, so you can practice your fighting skills. Additionally, you can play the game without having to deal with advertisements. And while we can understand it if you’d rather not pay to enjoy a free title even more, paying that $5 is totally worth it if you’re willing to spring for it.

Regardless whether you start as a hero (you always will if you play the free version) or as a villain, it’s important that you know who’s a good guy and who’s a bad guy, and fight characters of opposing alignments; you don’t want to be accused by people on your side of “starting a civil war.”

Basic knowledge of Marvel, DC, and other comic book-based franchises will help – for example, there are parodied versions of Wolverine (“Claws”) and Wonder Woman (“Miss America”) that always start out aligned as heroes, while parodied versions of the Riddler (“Conundrum”) and Mystique (“Majestic”) always start out as villains. It also helps if you know who’s a face (good guy) and a heel (bad guy) in WWE, as MDickie still loves his pro wrestling references. Then again, it’s not always an exact science – for example, Hit Girl from the Kickass series is parodied in this game as “It Girl”, but she always starts out as a villain.

4. The Basics Of Becoming A Superhuman

Whether you’re a hero or a villain in Super City, you are referred to as a “Superhuman” once you activate your special powers and secret identity. Simply tap on your character portrait on the upper left side of the screen to transform from mere mortal to Superhuman, and tap on the “S” button on the lower right, next to the usual controls in order to launch your superpowers/special skills, e.g. eye lasers, chest lasers, ninja stars, etc. Keep an eye on the second, yellow-colored bar underneath your health bar; in previous MDickie games, this would have been your sanity bar, but this time, that shows you how much longer you can use your superpowers before transforming back to normal.

As such, you don’t want to transform into a Superhuman if your yellow bar isn’t even half-full; if the bar goes empty and someone from opposing alignment sees you transform back into a regular person, he or she may have you higher up on their hit list, making you a new enemy! As is the case in School Days and other MDickie titles, those who are designated as your “enemies” will immediately act aggressive when you’re in their presence.

5. Even Superhumans Need To Eat And Sleep

You will notice pieces of food randomly lying around in the different parts of Super City. Go ahead and pick up those pieces of food and eat them; in most cases, doing so will fill up your health bar and superpower bar slightly. There are, however, some seemingly random occasions where you may eat something only to throw it up, as you drop the piece of food. That’s going to do a number on your health, but you can always pick up the food again and eat it to restore your health. Of course, sleeping (better if it’s on a bed, but you can sleep anywhere you please) is the best way to recharge your health, and it can also help charge that yellow superpower bar as well.

6. Always Be On The Attack In One-On-One Situations

Especially if it’s someone who’s from an opposing alignment, you want to be attacking as often as possible. This is especially true if it’s a clear one-on-one situation, but if you’re a hero up against two villains, you might want to avoid picking a fight or joining one, unless you’ve got someone from your alignment to help you out. In fact, you might want to avoid those chaotic multi-person battles, as there’s always a chance that your “friendly fire,” meaning punches, kicks, or grapples, may inadvertently hit someone who’s on your side. Still, the benefits of fighting are very clear – if you do well, you can enjoy modest gains in all three major stats – your Power, Speed, and Defense.

Want more tips and tricks for Super City? Be sure to check out our second strategy guide for the game, which contains even more hints! 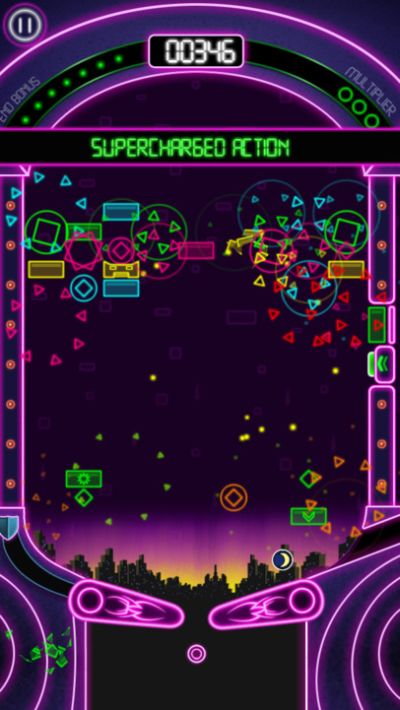 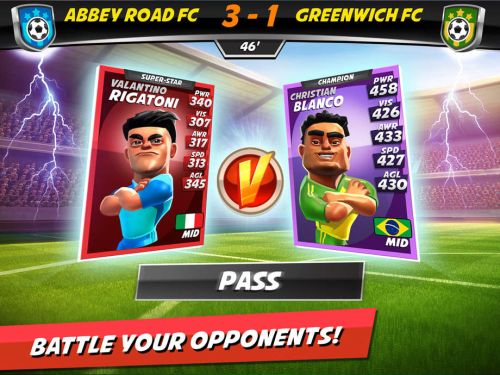 Next
Boom Boom Soccer Tips & Tricks: How to Get More Player Packs and Gold Bars
Click here to cancel reply.

How to stop mind control?