MDickie is well-known for its simulators of everyday life in jail (Hard Time), school (School Days), and the music industry (Popscene). But there’s nothing that MDickie head Mat Dickie likes more than pro wrestling, and regardless if you’re a wrestling fan or not, there’s something in Wrestling Revolution 3D you can enjoy. Essentially, your goal here is to work your way from the bottom in Wrestling School and get hired by the biggest, most prestigious wrestling promotions in the world; if you’re into pro wrestling, you’ll definitely recognize many of the characters, whose names and appearances closely resemble popular stars from today’s WWE and yesterday’s WWF, among other companies.

While it’s the booker who decides who wins and loses in real-life professional wrestling matches, it’s all up to you in Wrestling Revolution 3D. It boils down to the choices you make in the ring – do the right thing and you get the win, do it all wrong and you “do the job,” which is wrestling jargon for losing. So do you have what it takes to rise from lowly indie jobber to world champion at a big company? Our Wrestling Revolution 3D tips, cheats and strategy guide can help you with all that. 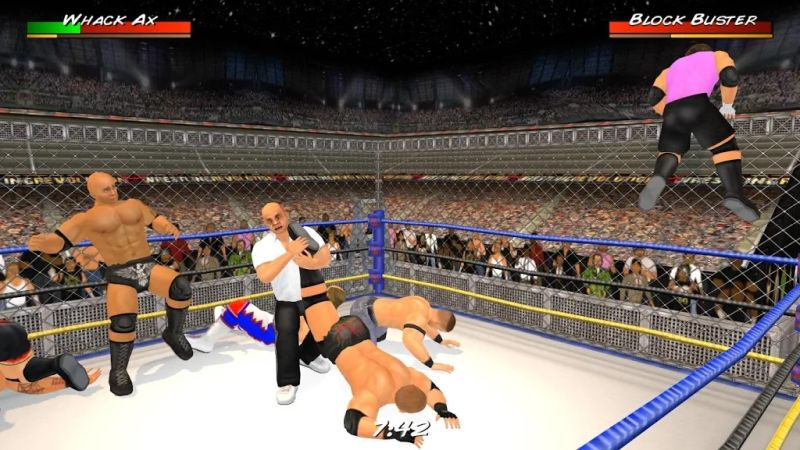 We have to admit that there are some flaws to this game, but as you’ll find out, they can be fixed. Unlike in Hard Time and School Days, the grappling and attacking mechanic in Wrestling Revolution 3D is a bit choppy, which makes it harder to do the moves you’d easily be able to do to your fellow inmates or students in the aforementioned titles. Try speeding the game up to 140 or 150 percent by tweaking the settings and your matches will look more fluid, with your moves landing more often than they don’t.

The controls in Wrestling Revolution 3D are almost identical to those in School Days and Hard Time. Just the same, hit on “A” to attack, with matching directions if you hit the directional buttons simultaneously. The “G” button is for grappling, “R” is for running, “P” is for picking up or throwing foreign objects (you don’t want to do that, unless you’re in a hardcore match), and “T” is for taunting or pinning your opponent. You’ll also use “T” to perform referee actions, if your boss offers you a chance to do so.

3. Go For A Powerful Wrestler 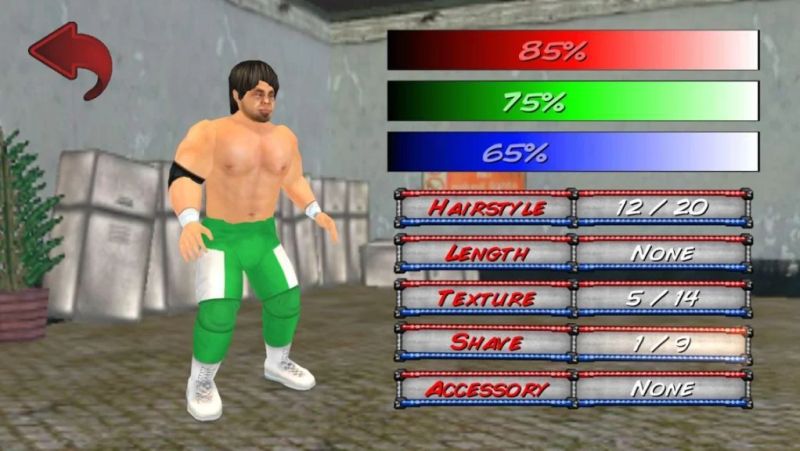 Just like in most other MDickie games, you’ll be given a set number of points which you can then allocate to various stats when choosing your character. So regardless whether you’re going for the gimmicky Shomi the Mummy (yes, a wrestling mummy) or a more conventional-looking guy like Aaron Benson or Justin Sane (based on WWE NXT’s Sami Zayn, for all you current fans out there), it’s up to you to allocate those points.

Personally, we’d suggest focusing on power, but not too much; a good Strength rating can help your wrestler do more damage. It’s best to make your wrestler a bit balanced, but not perfectly balanced across the board.

4. Give Your Wrestler Moves He / She Can Easily Pull Off

By this, we mean moves that take a short time to complete. For instance, a clothesline or a spear can be pulled off faster than a powerbomb. That said, you can still have about one or two difficult, complex moves in there to serve as your finisher.

5. Go Through The Training Phase To Improve Your Stats 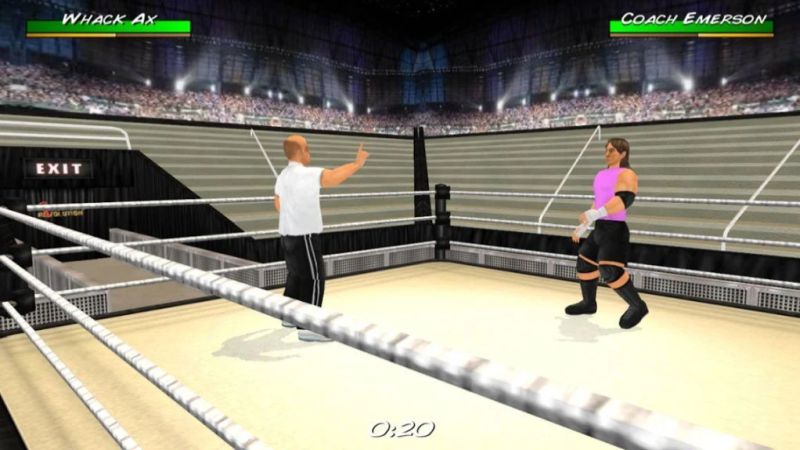 Training is technically optional in Wrestling Revolution 3D, but it’s a great way for you to improve your wrestler’s stats. In most cases, all you have to do is tap as quickly as you could to get the meter going as far as possible, thus giving you a better chance of a stat upgrade.

While the heels (bad guys) of professional wrestling are able to win so often by cheating, that isn’t the case in Wrestling Revolution 3D. You’ll see the words “DON’T DO IT” whenever you’ve got a chair, a bell, or any other foreign object in hand during a standard match, and you’ll also be warned if you’re the illegal man in a tag team match. Of course, if the referee is distracted, you can get away with all that, but the referees here are quite vigilant. The moment they catch you using a foreign object, or if you stay too long in the ring and double-team your opponent in a tag team match, you’ll instantly be disqualified.

That won’t matter in hardcore and last man standing matches, where the rulebook is thrown out the window and anything goes – you can use all the weapons you want against your opponent, and he/she would be able to do the same. 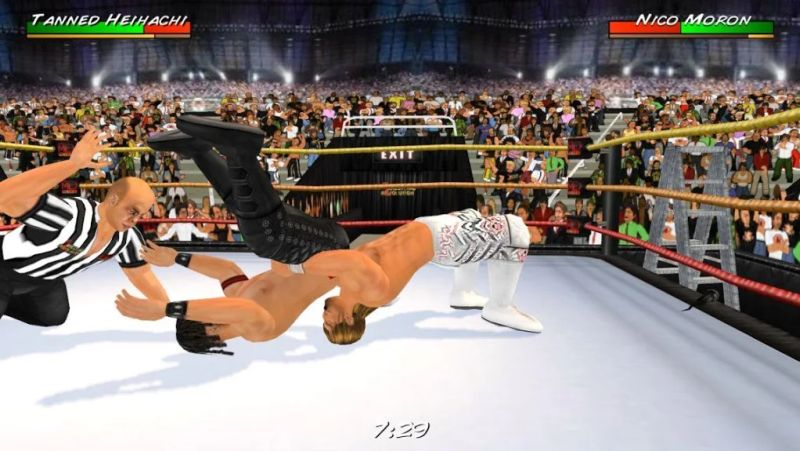 Speaking of what we told you earlier, you’ll occasionally be approached by another wrestler who may want to serve as your manager. Take them up on their offer and they’ll back you up if you get in too much trouble. Yes, you may be resorting to some heel tactics even if you’re booked as a face (good guy), but at least your manager could definitely help you win some matches, if not all of them.

8. Keep On Playing And Replaying

As this game is far more in-depth and intricate than any other MDickie title, you’ll find out that this is not a game that you can master overnight. There are just too many features, as well as things you’ll have to discover on your own. For example, I was surprised to find out that you can control your wrestler during backstage attacks, and how you perform in here could affect your stats. Just keep trying new things out, don’t hesitate to start new games if the old one doesn’t go your way, and learn as you go along.

Just increase your agility and strength

How do I kill a wrestler in the ring?

How do I delete my opponents strength easily

How do I easily win my opponent without stressing

How to move from fredration online to another company