For years, Ketchapp has arguably been the leader in casual mobile gaming. The company is extremely prolific when releasing games, and titles such as Balls Race, Catch Up, Knife Hit, Stack, and ZigZag are just a few of the many Ketchapp titles out there. For their latest title, Sky Ball, the company has teamed up with studio Mempic to release yet another simple, yet super-addictive game for Android and iOS, and it’s called Sky Ball. Once again, the company is keeping it short and sweet in the game description, referring to the new title as a “ball game” where you can fly in the air, take boosts, and make sure your ball doesn’t fall down into the depths as you move from one platform (or block, or path) to the next. It’s a classic-style arcade game without bells and whistles, but with a whole lot of fun for the entire family.

With the game being mainly about getting the highest possible score and collecting as many balls as possible, we thought that we’d walk you through things with these Sky Ball tips and tricks. The game may be very easy to play, but it can be a tough one to master, and the purpose of this guide is to help you achieve mastery, while, of course, achieving the main goals of beating your high score and collecting more items.

1. The Basics Of Sky Ball

Just like in many of Ketchapp’s other games, Sky Ball is so simple that you can probably figure things out in a couple of play-throughs, or a few minutes’ time. Then again, the game’s quick tutorial does skimp a bit after explaining how you should tap left to move the ball left, and tap right to move it right. What you want to do here is to have the ball keep bouncing off the paths, which are referred to in the game as “blocks” — there’s nothing to avoid here, as it’s all about keeping the ball in play. If the ball does miss one of the blocks, then that’s it — your run is over, unless you want to watch a video to continue your run.

The only objectives of the game, just as it seems to be tradition in Ketchapp games, are to beat your high score and collect all of the items in the game, in which case these would be balls and blocks. It’s simple, it’s addictive, and even if you’re not much of a gamer, chances are you’ll be hooked — classic Ketchapp.

You may notice yellow and red lines on the blocks, and these can be beneficial to you, as they can increase your score and allow you to make a jump from one block to the next, respectively. Actually, the yellow boosts are called just that — as long as your ball crosses the yellow lines, that would give you a score bonus, though the tradeoff here is that the ball moves faster, making it harder to control. As for the red lines, these correspond to the ramps, which are usually found at the end of the blocks, but sometimes in the middle — while it may seem like you’re already jumping by crossing from one block to the next, the actual jumps take place when you fly off the ramp. Again, this could make the ball a bit harder to control, but there’s a way to get around this, which we will explain in the next tip.

Sky Ball is a fast-paced game, and as we explained above, it gets even faster when you hit a yellow boost or red ramp. This may force you to make quicker, more abrupt movements, but you’ll actually do better if you make gentler, slighter movements by making light taps on the screen, instead of tapping-and-holding or making quick, hard taps. Remember that you’re trying to control the ball here — it also helps to plan your moves in advance to avoid making rash decisions and ending your run. In most cases, you’ll be able to see the blocks below, though there may be some times where your ball will make a steep dive, without any block paths for a couple seconds or so. Be prepared for these unexpected scenarios, as they could throw you off your game!

4. Watch A Video To Extend A Good Run, Or Complete Hard Challenges

It would seem that Sky Ball has an unlimited supply of ads for players to watch, and it all starts with the ads you will always be asked to watch (as far as we’ve seen) after your run is over. Since we don’t want to push our luck, only to realize that the game’s videos aren’t unlimited after all, we would recommend only watching videos in two scenarios, the first of which is when you’ve hit a score that’s quite close to your existing high score, and think you have a good chance of topping it. This one is quite self-explanatory — of course, you’ll want to watch a video if it means having a shot at outdoing your previous best run.

The second scenario is if you’re faced with one of those difficult challenges, such as combining to get 45 boosts in a span of five games, scoring 3,000 points in a single run, or jumping 30 times within the span of just one run. Normally, challenges are quite easy, and can be accomplished simply by playing the game naturally. But if you’ve only got a specific number of games to complete the achievement, you can watch an ad video to start where you had just left off, and increase your chances of completing the challenge before it resets.

Each challenge earns you 30 gems, and this appears to be the most consistent, natural way to get enough gems to afford a new ball or a new block. But there are other ways to earn more gems, with most of them involving some sort of video advertisement. These include watching videos to get extra spins at the roulette, which could earn you 15 to 30 gems, a ball, or a block, with the latter two outcomes considerably rarer than any of the gem options. This wheel is not always available, so keep on watching videos to get those extra spins, and who knows — maybe a free ball or block! You’ll also have an option to watch an ad video for 50 gems, once you’re in the in-game store. That’s another great way to add to your gem total, and all it’ll take you is 30 seconds or so to complete the video.

The gift box on the upper left is another nice source of gems, as you can get about 30 gems or so every four hours, but no sooner than that. You can also earn gems for sharing game screenshots via social media (a good 150 gems straight away), or following Ketchapp’s Facebook, Twitter, and/or Instagram accounts; likewise, there are also special balls for doing this, which means you’ll want to get a bit social (emphasis on a bit) if you’re looking to complete your ball and block collection!

6. Every Ball And Block Plays The Same

We have to give it to Ketchapp — they have different ways in which you can unlock balls, and the blocks are for a nice second item as well. Either way, all the balls and blocks (except the aforementioned social media balls) cost only 200 gems each — it shouldn’t take more than a day for you to build up an impressive collection of these items! There is only one type of block in this game, while there are different types of balls. These include the ordinary balls, which can be purchased for 200 gems each straight up, the flag balls, which can also be bought for 300 gems, but are different as their design corresponds to different world flags. Video balls can be unlocked by watching the specific number of videos indicated, and challenge balls would require you to compete a specific number of challenges, with the top four balls available for gems — again, that’s only 200 each.

As a disclaimer for those who aren’t too familiar with Ketchapp’s many titles, all the balls and blocks available in this game are merely there for aesthetic purposes. We like to think of the different designs as a way for you to break the monotony of using the same character all the time, though another good thing about this is that you can select the red dice in the Balls or Blocks tab, so that every ball or block you use in your runs is randomized, provided you already have them unlocked.

Finding a certain challenge too much to handle? Fear not — once your run is over, you will see that there’s an option to skip to the next challenge by watching a video. See what we mean? Videos are pretty much at the heart of Sky Ball, and you’ll be watching those clips for a wide variety of purposes.

And here it is — our final tip in the game, and a very important one for those trying to put their best foot forward. This could happen even to the best of us — one bad run may lead to another bad run, as frustration piles up quickly. If you notice yourself at such a point, then you owe it to yourself to take a break from Sky Ball, maybe about 30 minutes or so to recollect your thoughts and resharpen your reflexes. This should do good in refreshing you and clearing your mind after a frustrating series of runs, though you may also want to randomize the ball and block selections like we showed you above — maybe you’re simply getting bored with the same old ball or block? 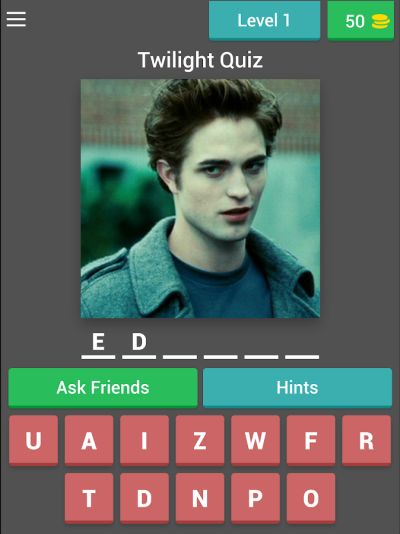 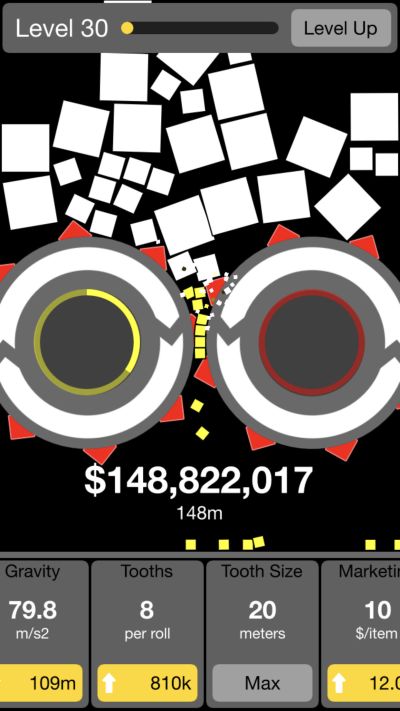 Next
Will It Crush? (iOS) Tips & Tricks: How to Use the Unlimited Money Cheat
Click here to cancel reply.