There are a lot of characters in Crossing Void, and you can combine them in many ways with the Support mechanic, so sometimes it can feel like a bit of a struggle to pick which characters to bring to the battlefield. We have already published a guide that explains in-depth which characters are the best for the various roles, but with so many combinations available in the game you can still feel a little overwhelmed when it comes to picking who to bring to battle. If you are looking for a guide that showcases the best characters in the game check our Crossing Void tier list.

What makes a team composition good? A team in Crossing Void isn’t just the sum of its parts, each character has its own set of abilities, and it is how these abilities work and interact with your party and the enemies that determines how you should pick your characters. For example, there is little point in having multiple characters that focus on hitting the front row, if you are lacking in dispel and buffs for your allies, or if you are unable to finish off a dangerous character placed in the back row.

You want a balanced team able to deal with most of the things that happen in the average fight, and in order to achieve this, you will need a team able to deal Area of Effect (AoE) damage, able to remove debuffs and negative effects from your party, while also removing buffs and positive effects from your enemies, and lastly, abilities that allow your team to survive longer (mostly healing).

Now, let’s see some example lineups that you could run in Crossing Void, and why they are good!

This lineup is great at clearing most of the content of the game. You have two powerful AoE damage dealers in Shana and Kirino, and two characters able to give a lot of support in Tomoka and…Kirino. Yes, Kirino can both work as a great damage dealer. 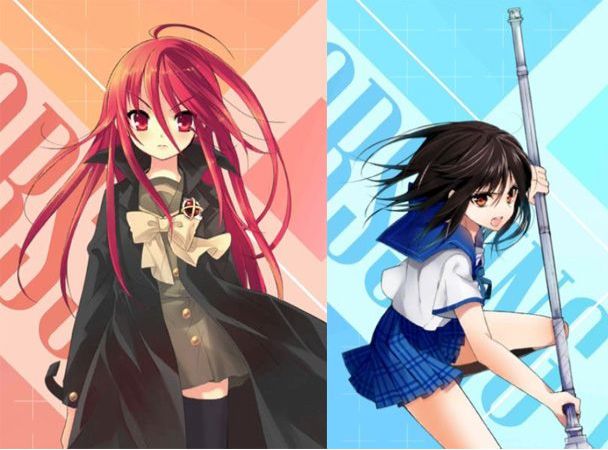 Shana is a crazy powerful damage dealer that will inflict heavy damage to all enemies at once and making them Bleed with both Hien and Kessen Ougi. Another great aspect of Shana is that she inflicts both physical and arcane damage, making it hard to resist her attacks. Pairing her with Yukina gives her access to “World Order Protector”, an ability that deals a lot of damage to all enemies, and also removes debuffs from them. While there are other support characters that work very well with Shana, such as Whilelmina, Yukina is better in this specific lineup, as otherwise you would lack a way of dispelling buffs from the enemies.

Tomoka is a dedicated support character that will heal and protect her allies, while also boosting their damage through her climax skill. Pairing her with Enju gives her the ability to use the “Little But Powerful!” skill. This way, you can deal some nice damage with Tomoka, which comes in handy when it’s her turn and you just need a little more damage to get rid of a low health enemy that could otherwise cause issues to you when they move next. The support version of Kirino also gives Tomoka the ability to deal damage to all enemies, and is a fine replacement for Enju if you don’t have her. The 2 are interchangeable. 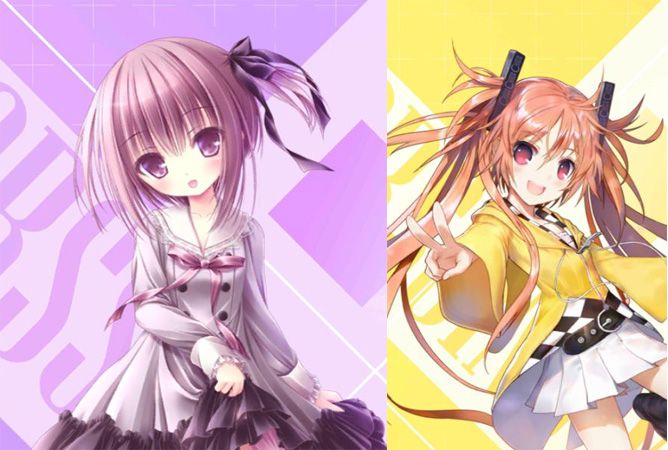 Kirino rounds up the lineup, with her mixed physical and arcane damage, and the removal of Bleed and Backfire to her own allies with Smiling Queen of Nightmare. Her climax skill further increases the damage taken by the enemies. Pair her with Kuroneko and watch them make a mess of the battlefield with their cross skill. Kuroneko is also nice to have in general since this lineup is a little low on buffs removal, and her Mortal Extermination does just that. 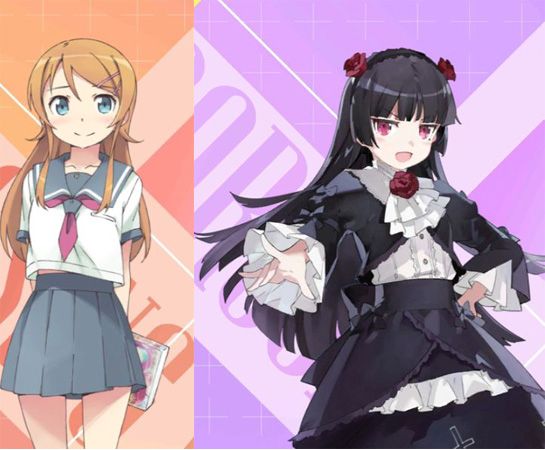 Another well-rounded lineup, this one also has everything you are looking for in a lineup: healing, buffing and debuffing, buff removal, and plenty of damage. This lineup’s advantage over the first one is that it also has access to healing removal.

Kirito is a very good damage dealer; he can hit all enemies with Horizontal Square which also reduces the healing they receive, and he can get a Shield for himself through his Spinning Shield, which also deals damage to the enemy in the front row. Lastly, his climax skill, Starbust Scream, will deal heavy damage to every single enemy without any additional effect. Pairing Kirito with Rusian unlocks the “Wife Protector” cross skill, which deals physical damage to all enemies, increases the damage they take, and also inflicts Bleed to them. This gives Kirito some more utility, which is very useful since this team is otherwise low on debuffs placed on enemies. 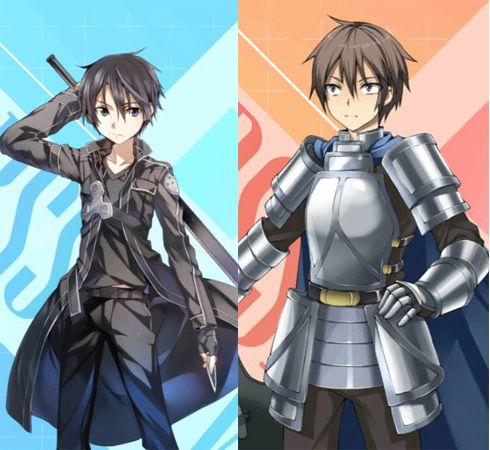 Alice’s skillset is an outlier in the game, she switches from Attack to Guard stance based on the last skill she used, and also her skills change based on the last skill she used. Her talent is also a bit weird: her damage increases the higher her HP, so if she’s at low health she won’t deal much damage. This is why we pair her with Alicia and not Kirito, as the latter would make her defense lower, causing her to take more damage. 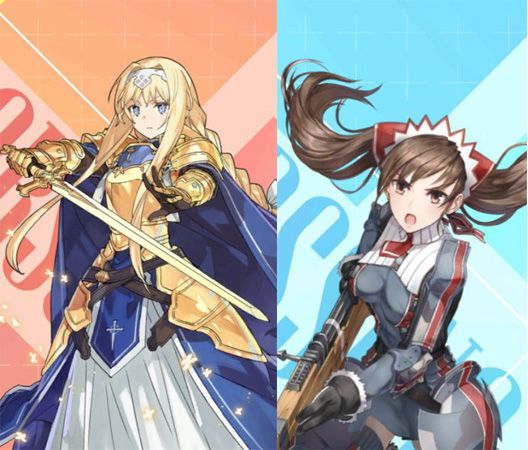 Alicia is an extremely powerful damage dealer that deals massive physical damage to all enemies, and can also survive many hits thanks to her Guard stance. Alice also gains stacks of Osmanthus Blossoming every time she uses a skill, and for each stack of Osmanthus Blossoming she has active, the cost of her climax points is discounted by 1. This is great, as her climax skill, Petals, swirl! is a bit too expensive, costing 16 points to cast otherwise. It is well worth it though, as the skill will annihilate all enemies by inflicting huge physical and arcane damage to all of them.

Ako is the best support you can run in this composition, mostly because she will keep Alice healthy and protected, making the most use of her talent. Ako is an amazing support overall, she keeps her ally in the front row healed with her Heal, she protects her entire team with Angelus. Her climax ability is called Caelum, and it purifies both allies and enemies, while also making her allies immune to debuffs for several turns. Ako is an amazing defensive support, and she pairs very well with both Kirito and Alice, who are lacking in the defensive department. 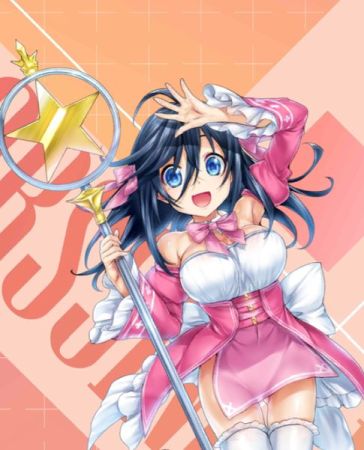 She also provides a dispel for enemy debuffs, something that was missing with the other 2 couples in the party. She has a cross skill with RUSIAN, which gives her some AoE damage, but honestly you are running Ako for her amazing support skills, so you don’t need to run her with RUSIAN. That said, you can pair her with any support character, depending on what you feel like you need the most. The cross skill is nice, but you don’t need damage that desperately with Alice and Kirito.

This lineup is way more offensive than the ones we have suggested so far. All of these characters are focused on dealing damage, but thanks to Leafa + Kirino’s Smiling Queen of Nightmare you get some nice healing as well. Another peculiarity of this lineup is that it has two different ways of reducing the enemy healing.

We have already talked about Kirito’s powerful offensive presence, so we are not going to repeat ourselves. The difference is in the support paired with him this time: Leafa. Their cross skill is called Kendo Brother & Sister, and it deals physical and arcane damage to the enemy in the front row. 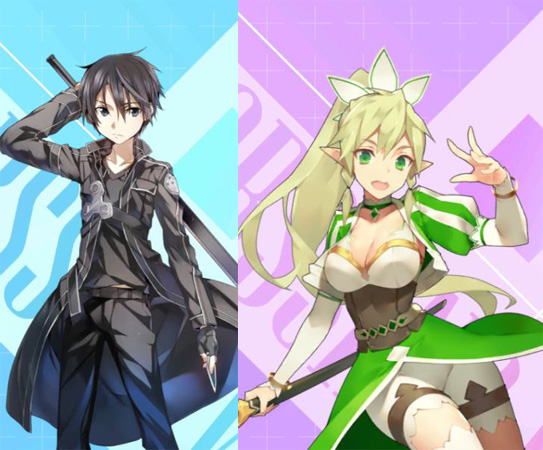 Nothing spectacular, as Kirito already had ways of focusing the front enemy, but it comes in handy when they protect themselves from physical damage trying to counter Kirito. Leafa also provides healing, which is necessary since this team composition would have very little of it otherwise.

Mikoto is an extremely powerful damage dealer. You get one for free at the start of the game, so you will see for yourself. She focuses on dealing arcane damage, and somehow her lightning can cause bleeding on the enemies. There’s not much to say about her, really, damage is the name of the game when you’re running Mikoto. 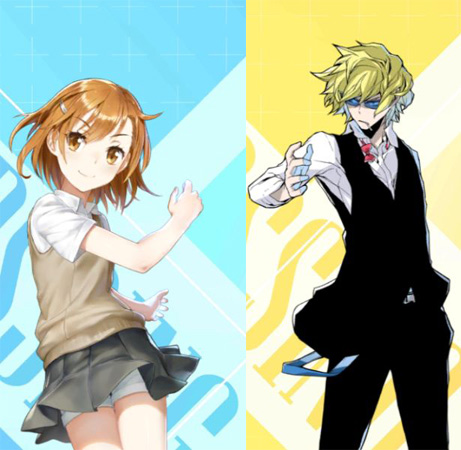 Pairing her with Shizuo unlocks the cross-skill Vending Machine Killer, quite the evocative name considering the characters’ tendencies of destroying vending machines. Anyway, this ability allows Mikoto to deal a mix of physical and magical damage to all enemies, and also reduce their healing. This coupled with Kirito’s reduced healing from Horizontal Square allows you to basically neutralize most healing abilities in the game.

As if we didn’t have enough damage already with the previous couples, we bring yet another couple that does plenty of it. Kirino is a bit of a mixed bag though, as we highlighted in our tier list, she offers some very nice support to her team through her Smiling Queen of Nightmare’s healing and removal of bleeding and backfire. Plus her climax skill offers some nice offensive support by increasing the damage taken by all enemies for several turns.

The reason we are using Kuroko as support is that this team can have issues dealing with characters in the back, sure, the AoE damage is there, but sometimes it’s not enough. Kuroko helps alleviate the problem by sealing the enemy in the back with her Arrest skill, or you can just use the cross skill you unlock by running this pair, as Twin-Tail is the Strongest deals a lot of physical damage to the enemy in the rear. 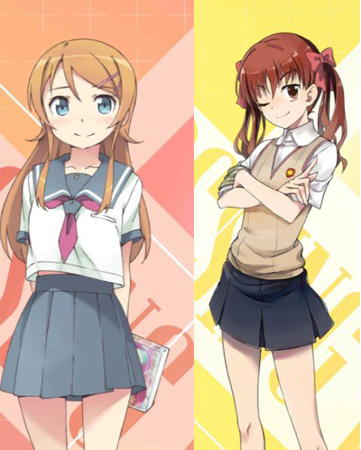 These are only some examples of lineups you can run. The support mechanic means you can mix and match characters in so many ways, and that there is no optimal lineup. For example, if you feel like you are lacking in healing, you can always run a support like Erio or Leafa over a more offensive one, and get yourself some healing.

Supports will change how your team operates, and can patch up any weakness you’d like. So for example you could want some more protection, in that case you should consider running Frolaytia Capistrano who will protect your squad with her Commander’s Protection. Or you can run Enju and reduce your enemies’ damage for several turns with her Bunny Hop. If you are finding yourself with an extremely powerful team who tends to die a little too early you could run Dokuro Mitsukai and her Pipiru-piru-piru-pipiru-pii to give them an extra turn, which is usually enough to make the difference between victory and defeat.

The same goes for main characters, and it’s up to you to try out different team compositions and see which ones you like the most.

This concludes our guide to team compositions in Crossing Void. While this guide isn’t meant to be a definitive guide, it offers guidance to new players who might be unsure of which characters to use in their team. If you think there’s any particularly broken lineup, be sure to let us know in the comments!