Crossing Void is a fantastic new gacha-RPG developed by 91Act for iOS and Android devices. In this title, you summon and train characters from multiple anime franchises / light novels that were animated by the studio Dengeki Bunko, and the goal of the game is to clear all the story content and creating the ultimate team.

This Crossing Void guide’s goal is to help you pick which characters to focus on to make your game progression as smooth as possible. If you are looking for tips and tricks on how to get started in the game, check out our beginner’s guide instead. In case you are more interested in some advanced tips, then we suggest you to check out our Crossing Void advanced guide, as well as our detailed team guide.

As with every game of this type, there are different roles that a character can fulfill: damage dealers of various kinds (some focus on the front row, some on the middle row, some on the back row, some deal AoE damage), healers, and supports who provide different kinds of buffs.

If you are looking for a powerful damage dealer, these are your best bet. You get a Mikoto Mikasa as a starting unit, so that’s pretty nice, although naturally you will eventually want her S-tier version at some point in the future, but at least you can start pumping resources into one of the starting characters without feeling too bad. 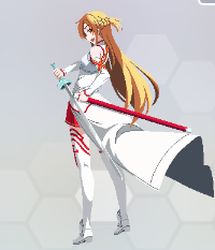 If you are feeling Frisky you can pair her with Miyuki Shiba, and use heir joint climax ability: Idol Girl Performance. This ability is a double-edged sword, as it increases the damage and critical rate of all allies, but at the same time also increases the damage dealt by all enemies. Fortunately, extra critical chance means Asuna will end up killing her enemies faster than they will kill her in most situation, especially if your other characters benefit from the additional critical chance.

If you don’t want to play risky with your supports, you can pair her with Yuuki and use Inheritance of 11 Combo Sword, which is simply a Mother’s Rosario that strikes the enemy in the middle row, rather than the one in the front. 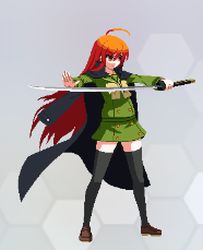 Shana is a great character, among the best in the entire game. All of her abilities hit all enemies without any issue, and she has very good stats. Crimson deals physical and arcane damage across all enemies, through consecutive swirling strikes, Hien throws a fire wave towards enemies damaging all of them with physical and arcane damage, as well as inflicting the Bleed status, which deals extra damage to them every turn. Her Climax skill, Kessen Ougi, also inflicts heavy damage and Bleed to all enemies. All of these abilities deal a lot of damage, plus they hit both the physical and arcane defense of the enemies, making them difficult to defend from because of the mixed nature of the damage. Bleed is a status that needs to be dispelled quickly, before the damage starts building up.

Supports wise, she pairs well with Erio, Yukina, and Wilhelmina, depending on how you want to approach the fights with her. Wilhelmina will further increase her physical damage, while the other two will provide her with some utility in the form of Dispell and Shields. 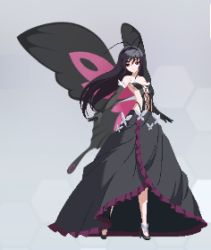 Another odd character in this list. Kuroyukihime focuses on dealing damage to the middle row. All of her abilities strike exclusively the middle row enemy. Death by Barraging has the added bonus of buffing her own teammates, making them deal additional damage for several turns. Her climax skill’s peculiarity is its very high critical bonus rate, which means it will very often strike the middle row enemy with a critical hit, annihilating them.

Pair her with the support form of Kirito and watch the fireworks unleashed by their joint Star Burst Stream! 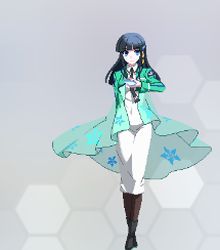 Miyuki Shiba is all about arcane damage, and she also provides a little support with her Zone Interference and Inferno. The former removes buffs from the enemies it hits, whereas Inferno deals massive damage to all enemies and also increases the damage they take. Miyuki doesn’t deal as much damage as Shana, and she’s focused on a single type of damage, but she makes up for it with her increased utility.

My favorite support to pair with Miyuki is Zero, as it further increases the AoE damage she deals, but the others are fine as well. 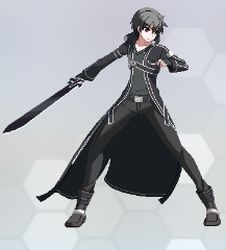 Kirito is another heavy hitter that will leave a dent in the enemy team. Spinning Shield gives Kirito a Shield to protect him from incoming damage while also dealing damage to the enemy in the front. Horizontal Square reduces the healing of all enemies while also dealing physical damage to them. Lastly, his climax ability, Starbust Stream, simply deals massive physical damage to all enemies.

Pair Kirito with Ako to unlock the Pro & Noob ability, and the heads will roll!

Unlike most of the other characters in this list, Emi focuses on dealing damage to the rear enemy. Both her 0-cost ability, Skylight Charge, and her climax ability, Hero’s Awakening will strike the enemy in the back. All of her abilities deal mixed arcane and physical damage too, which is pretty nice. Lastly, her Skylight Flame Slash hits all enemies and removes multiple buffs from them, which is always a great asset to have in a damage dealer, since some buffs can be very annoying to play against.

Pair her with Ryuuji Takasu to add an ability that not only removes buffs from enemies, but also clears debuffs from your own team. Very handy against certain lineups. 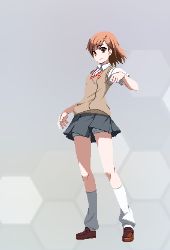 Lastly, we have Mikoto. You get a B-tier Mikoto in the starting party the game gives you, which means you can start building her up and get a very good damage dealer. Don’t worry about the fact she isn’t the S-tier version of the character; the game has a mechanic called Inheritance that allows you to transfer everything about the lower tier character to the higher tier one.

Mikoto focuses on dealing Arcane damage. All of her abilities deal plenty of arcane damage to all enemies, with Electric Shock also inflicting Bleed to all of them. My favorite support for Mikoto is Shizuo Heiwajima, as it reduces the enemies’ healing for several turn, which always comes in handy.

I don’t have a specific suggestion regarding what support to pair with her, all of her cross skills are fine, but none of them is better than the others, it comes down to personal preference.

Assist characters can do a lot of things: they can heal their teammates, place buffs on them to make them more powerful, or inflict debuffs to their enemies to make them weaker. The game makes a distinction between Assist and Heal characters, and you can filter by either class, but we are going to group them together, as their roles are often intertwined anyway. 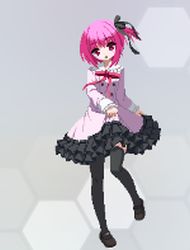 Tomoka is a great assist character. She does everything: her Soothing Fireworks provide constant healing to everyone on her team, Fan Dance places a protecting buff on her teammates, and Pure Angel severely increases the damage all of her teammates will deal in the next turns. Her talent, Soothing Guard, is also very good, as it gives your party an additional skill point at the start of each turn.

Tomoka’s supports help her increase her physical damage output. I like Little but Powerful when you pair her with Enju, but Happy Clean Up is also decent.

We already mentioned Ako in the support category, but her main version is also nothing to scoff at. Her biggest strength is her climax skill: Caelum, a strong spell that removes all buffs from enemies and debuffs from allies, and also makes them immune to debuffs for several more turns. She’s very strong against lineups that rely a lot on buffing and debuffing to get things done. Her Heal heals the ally character who is in the front row, while Angelus summons an Angelus that protects her and her nearby teammates. Her supporting kit is pretty good, especially Caelum, so consider running her if you are finding yourself losing to excessive buffing / debuffing.

Another great reason to run Ako is her talent: Cleric of Love, which makes all allies take less damage when Ako is in the party.

A bit of an odd pick for a supporting character, since from a quick glance, it seems like her main focus is AoE damage. But hear me out: Smiling Queen of Nightmare is a pretty good supporting ability, since it heals all of her allies while also removing Bleed and Backfire. Also, her ultimate provides offensive support to her team by increasing the damage taken by all enemies for several turns.

Still unimpressed by her support abilities? Check out her talent then: Magical Girls, which increases the damage output of her team, while also reducing the damage they take when Kirino’s health drops below 60%. That’s a pretty high threshold for such a powerful talent. 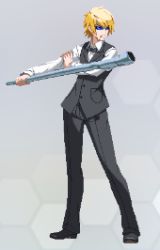 Shizuo provides multiple buffs to his teams, while also being a respectable damage dealer in his own right, which makes him a good character to run in many lineups. This is mainly thanks to the combination of his talent, Brawling Puppet, and his Berserk Attack. Brawling Puppet increases the damage of Shizuo’s entire team whenever he is attacked, while Berserk Attack inflicts damage to all enemies and reduces their healing. That’s it. Simple yet effective.

To maximize his utility pair him with Celty Sturluson, since their joint attack, Ikebukuro Legend, further increase the damage taken by all enemies.

This wraps up our guide to the best characters in Crossing Void. What we found out while playing the game was that most characters were at least able to hold their own even in the harder stages, although some specific abilities were more desirable in certain challenges, depending on the enemy lineup. As with every tier list, this one is highly subjective, if you disagree with any entry, make sure to let us know in the comments!

But what does it mean by if the char adavance by 1 star?

how does the pro & noob skill works? kirito pair with ako

Ako heals each enemy a small amount, and Kirito does big damage to the front enemy.