Several months ago, Candywriter introduced a new feature to the game that has arguably put the company on the mobile gaming map. That game, of course, is BitLife, and the feature we’re talking about is the addition of challenges.

For those who may not be too familiar with the game or haven’t been playing it for quite some time, challenges are essentially limited-time events that ask you to meet certain requirements and live your Bitizen, or character’s life in a certain way. The latest challenge, as it seems, pays homage to two of Hollywood’s biggest names — Brad Pitt and Angelina Jolie, or “Brangelina” as they were often known when they were still married.

Like last week’s Rock Star Challenge, BitLife’s latest challenge doesn’t rank too highly in terms of degree of difficulty. However, it does require quite a bit of work, and you might be interested in ways in which you could complete it while exerting as little effort as you could and not having to run through different lives before getting it right.

Well, that’s why we’re here, and with this BitLife guide, we shall be looking at ways that could help you complete the Brangelina Challenge as quickly as possible — this famous celebrity couple may no longer be together, but that doesn’t mean you can’t replicate some of the things they became famous for!

Looks Are Important In This Challenge

Much like the Rock Star Challenge that Candywriter launched last week, having good Looks is important when it comes to BitLife’s new Brangelina Challenge. In fact, we’d argue that having good Looks is even more important here — it has, after all, always been the primary requisite for any Bitizen who wants to enjoy a lucrative career in the world of entertainment. Aside from having Looks of 80 or more at birth, your Smarts will also need to be average or better — ideally, we’re talking about 50 and above here.

As usual, this may require a bit of re-rolling until you get the character you want, but if you have God Mode, you can set Looks and Smarts from the get-go and ensure that your character is born attractive and, well, not stupid. There is also no gender requirement for this challenge, so you can complete it as a male or female character.

Regardless whether you have God Mode or not, you can set your birthplace at Los Angeles/United States when creating your character, but this challenge isn’t just open to first-generation Bitizens, as it seems. It appears that you can take part in the challenge as a next-generation Bitizen, though the obvious catch here is that if you emigrate to the United States, it won’t be guaranteed that you’ll end up in L.A., and if your next-generation character is U.S. based but not from L.A., the game still does not have the ability to allow you to move from one city in the same country to another.

With all that out of the way, living your formative and teenage years does not come with any restrictions based on the way that you conduct yourself. Just like in the Rock Star Challenge, you can act out in school, fight back against bullies, and even commit crimes that may land you in juvie without having to worry about not being able to work as an actor.

The Actor career track is one of the few that accept applicants with criminal records, so that shouldn’t be an issue. Likewise, a college education — or even a high school diploma — is not required, so you can apply as a Voiceover Actor right after graduating from high school if you’re trying to complete the challenge sooner rather than later.

Stay Away From Vices When Working As An Actor

Assuming you apply for an acting job as a Voiceover Actor upon turning 18 and graduating from high school, you could become a famous movie star by the time you reach your late 20s or early 30s if you play your cards right.

That means using the Work Harder option whenever you could to improve your performance, ignoring workplace bullies and troublemakers, working extra hours if asked by your supervisor (just as long as it isn’t more than 60 hours a week, as that could affect your health), and staying away from any addictions if you could.

Even an alcohol addiction could affect your Performance bar at work, and that too could affect your Health, so it’s best to turn down offers to try new alcoholic drinks at the club. Drugs are definitely a no-no — with the exception of “soft” drugs and prescription drugs, these could kill your character off with an immediate overdose in some cases, with the best-case scenario being a significant decrease in Health!

Once you become Famous, you will then want to get your Fame stat up to 100 percent or as close to that as possible, and that would mean starring in as many commercials as you could, writing books whenever possible, and even posing for magazines, which could get you in trouble with your partner or your mother.

It’s also recommended that you have at least one or two social media accounts — getting verified is always a good way to boost your Fame stat! But there’s more to completing the Brangelina Challenge than merely being famous — you’ll need to mirror Brad Pitt and Angelina Jolie in one very important way, and that’s by adopting foreign children.

As stated in the requirements of BitLife’s Brangelina Challenge, you will need to adopt at least three foreign children, but before you do that, you need to have a home of your own, and it’s also recommended that you are married to your partner. By the second year of or so of your celebrity status as a famous movie star, you should have a home of your own — considering that the $200 million requirement refers to your net worth and not your bank balance, you need not worry about spending lots of money on a good house that could increase your chances of being entertained by the adoption agency.

When it comes to the actual adoption process, you may need to re-roll a bit by quitting and restarting the game if you do not see any foreign children, though you can also try again the next year, as you’ll probably need to use the quit/restart tactic for the challenge’s final requirement, as we’ll be discussing later. Just as long as you’re married and have a decent home or better (no trailers or overly small houses, that is), it shouldn’t be too hard to adopt three children who weren’t born in the United States.

Being that it costs money to raise children in BitLife (as it does in real life), we would also suggest that you and your partner, if possible, do not have any biological children. As such, you may want to avoid any circumstance that may lead to you becoming a parent (e.g. random hookups) and possibly wait till your 40s before getting married, while making sure your partner is of a similar age or older.

It Takes Patience To Accumulate A Net Worth Of $200 Million

As any experienced BitLife player should know, it’s not easy to accumulate a net worth of $100 million, much less double that, as a first-generation Bitizen. Of course, if you’re a second-generation Bitizen from Los Angeles whose parents or grandparents accumulated such a huge fortune, this should be very easy, but it’s as a first-generation character where you’ll need to put in a lot of work while making sure your Fame is as close to 100 at possible.

When it comes to this challenge, you will eventually reach a point in your acting career where you will get a huge pay increase that will boost your annual salary to the $3 million to $5 million mark. Usually, this would happen once you’re in your late 30s, assuming you started your acting career as an 18-year-old fresh out of high school.

This will be a great help, but unless you do other Fame things, it’ll still be virtually impossible to reach $200 million, even if you act until you’re in your 90s. Specifically, we would suggest appearing in at least three to four commercials, or maybe even more, until you earn about $10 million through commercials in a given year.

How would you go about this if the game only allows you to appear in one commercial per year? As we hinted earlier, the way to do this would be to quit BitLife after starring in an ad, then restarting the game, starring in another commercial, and repeating the process until you’ve earned about $10 million or more through this tactic.

However, you should also make sure your performance in these ads is as good as possible — that means quitting the game and restarting once you see the Reception bar is in orange or red territory, or even green but just half-full. But if your Fame drops to around 80 to 85 percent after receiving poor-to-mediocre receptions from your commercial appearances, doing a photoshoot or appearing on a talk show is a good way to get Fame back up, thus ensuring you keep earning $2 million-plus per ad.

By following the above steps, we were able to get our character’s net worth to $200 million by the time he earned 61 — thus making him a few years older than the real-life Brad Pitt at the present. Still, that’s not a bad time for one to complete the Brangelina Challenge, considering how hard it is to hit the $200M mark. Just as usual, the game will allow you to pick one prize chest out of four upon completion, giving you chance to add to your collection of unlocked hats and shades! 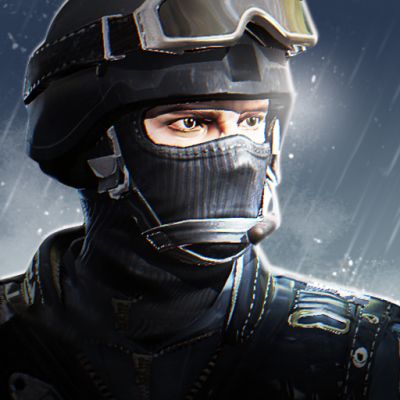 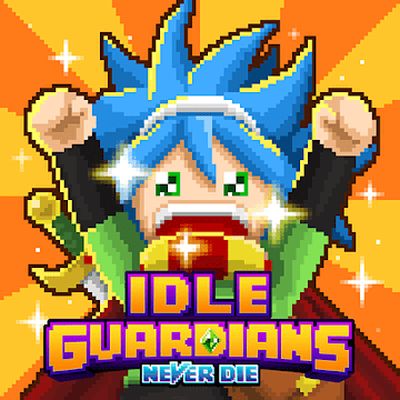 This was so helpful! Thank you!