Here at Level Winner we have covered a number of Warhammer games through the years, including Warhammer: Arcane Magic, Warhammer 40,000: Deathwatch – Tyranid Invasion, as well as Warhammer 40,000: Freeblade. Now, fans of the Warhammer universe can rejoice, as Warhammer Quest 2, a new tactical role-playing game, is out now exclusively for iOS devices. Even though the original Warhammer Quest developer is gone, it was such a huge success that Perchang just had to pick the title up for a sequel. Mostly the same people are responsible for this game, so fans will be pleasantly surprised to find all their favorite elements from the original game have carried over to this one. This time around, an evil three-eyed king is trying to take over the world, and it will be up to your characters, Marcus Hammerfall and Meharva Darkshade, to stop him. You start out with Marcus and Meharve on your team as they search for a powerful artifact called the Mace of Helsturm. You will eventually recruit additional companions for your team as you progress in the game. Your first steps into the game’s fantasy world is crucial if you want to succeed. Make sure you check out our Warhammer Quest 2 strategy guide to get you started on the right path!

Warhammer Quest 2 has a very complex combat system with numerous things that you need to consider in order to succeed. It takes a while to get a full grasp of how battle works but understanding it is key to coming up with winning strategies. The first thing you need to learn is the value of positioning. You will have ranged and melee units to command. You need to make sure your melee units take the front lines, so your squishy ranged units can attack without worrying too much about dying. Ranged units normally have melee attacks as well, but they are less effective try to avoid melee situations if you can.

The second thing you need to think about is your character’s line of sight. The battlefield terrain will often have obstacles scattered about. Make sure there aren’t any random objects blocking your ranged unit’s line of sight before ordering an attack. Make it a habit to look at the battlefield from different angles by using the zoom and swipe controls so you can be sure there are no possible obstructions.

3. Use The Right Damage Type

There are different damage types in the game and they affect enemies differently. Each enemy unit has a damage type that they are weak against. Using the right type will help make quick work of any opponent on the battlefield. If you want to know your enemy’s weakness, just tap on them to see their stats.

The good thing about this game is that you can have your characters carry more than one type of weapon. You can switch weapons before attacking and it will not consume an action point. If you did your homework, you should be able to pick the right weapon that will allow you to deal maximum damage to your opponent.

4. Keep Your Health Up

Dying is really inconvenient in any situation. This is especially true in this game because you will need to revive a fallen character within one turn or they will be removed from the battlefield. Do everything you can to keep your characters’ health from hitting zero. Once you have a knocked-out character, it will become an uphill battle. You will be forced to choose between having to survive the game with one less character, or letting your opponent get free hits as you scramble to revive your comrade. Either way, you will be struggling to win.

A good way to keep your characters from dying is to always have healers on your team. One ranged and one melee healer should do the trick. Keep everyone’s health at a decent level. Don’t wait until they are almost dying before you send your healer to their rescue.

5. Focus On One Target

As a follow up to the previous point, your opponent will also start struggling after the fall of his first unit. That is why it is a good idea to prioritize taking out one unit as soon as you can as opposed to giving your characters different targets. Knowing which unit to prioritize changes from battle to battle.

If the enemy team is relatively balanced, you can just take out the easiest ones first just so you can reduce the number of opponents right away. If your opponent has a high-threat unit that can decimate your team, take him down as soon as you can then pick off the rest of the enemies after. Make sure you analyze every situation before deciding on a strategy.

Once you have gathered enough money, you should start investing in better equipment. You can use your money to buy new equipment, or you can improve the ones you already have. In the earlier levels, it is not advisable to spend a lot on upgrading existing equipment since you will be changing gears pretty quickly. The time to invest on levelling up equipment is when you reach higher levels. At that point, new gear will be more difficult to acquire and the added levels to your existing equipment will help you survive until you are able to save up enough money.

Since you will be acquiring team members at different times in Warhammer Quest 2, there is a good chance that their levels will be different. Try to keep them all at the same level if you can in order to minimize weak links on your team. Once you have a full team, focus on levelling them up instead of buying additional units. It is more cost effective to keep strengthening your existing characters than to start over with a new one.

It’s time to stop the three-eyed king’s evil plot in Warhammer Quest 2! Just make sure you use the tips and tricks above to ensure your victory! 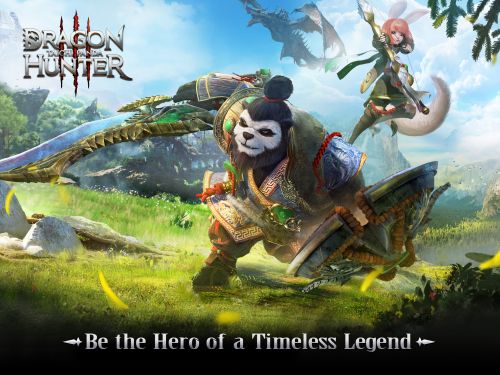 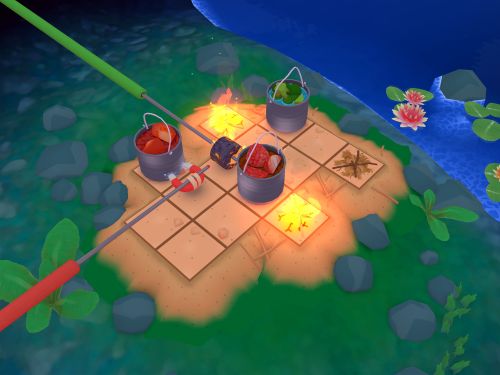