Touch the Wall is a brand new mobile game by Voodoo, the creator behind several casual arcade hits such as Hole.io and Pottery. Most of the French developer’s games are homages to already existing games, and this game is no exception. Touch the Wall is the mobile version of the childhood game Red Light, Green Light where players run toward the finish line and another person calls out “red light” or “green light” to make players move.

There are many names for this game all around the world, but the mechanics are the same. The person calling out usually stands at the finish line while saying the commands. When “green light” is called out, players should run as fast as they can towards the finish line. However, when “red light” is called out, players should stop moving. If a player is caught moving, that person goes back to the start.

In Touch the Wall, the goal is to get to the wall at the end while making sure the person who calls out the commands doesn’t see you. If the person does see you, you’re going to have to go back to the start or the checkpoint, and you’ll have a harder time making it to first place. Game mechanics and controls are very easy but it gets harder as you progress. However, with enough concentration and with the help of our Touch the Wall tips, cheats and tricks, you will definitely cross to the finish line first.

1. Pay Attention To The Countdown 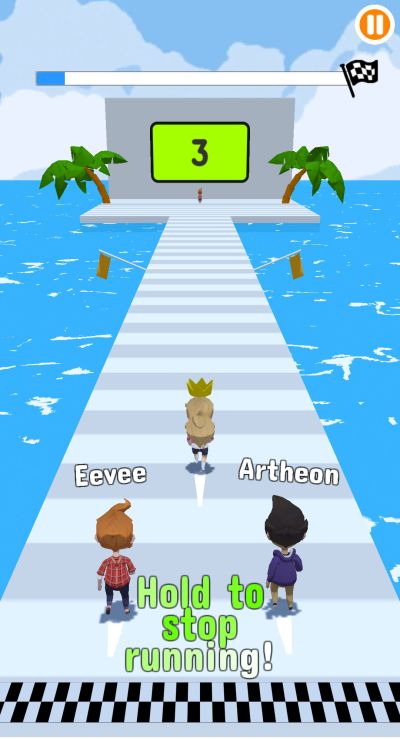 As soon as “red light” is called out, a red ray of light can be seen that represents the vision of the person at the finish line calling out the commands. Again, there is a three second timer before the person at the finish line turns around. By the time the timer has 1 second left, you should immediately stop. If the person catches you or if you get caught in the red light, an eye icon will show up above your character’s head. You will then be sent back to the beginning or the checkpoint. 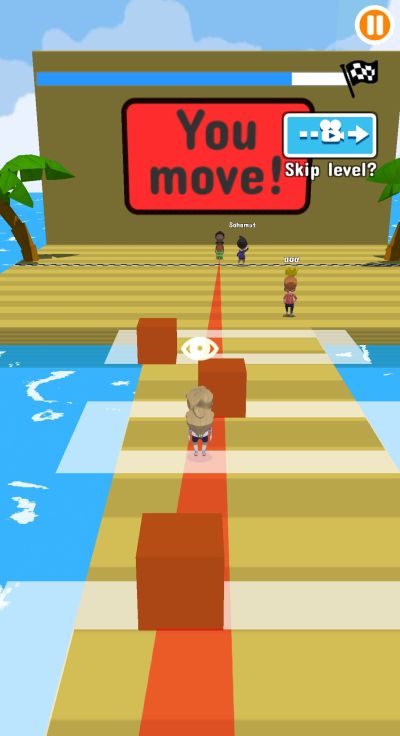 Another tip is to immediately move once the red light gets smaller and moves away from you. After scanning around, the red light will become thinner and hover over the person in first and second place before completely disappearing. Once it becomes thinner, there is a chance that the light doesn’t hit you anymore and you can immediately run. You don’t have to wait for the red light to completely go away before you start running.

3. Go For The Checkpoint

All levels have several checkpoints represented by flags on both sides of the track. Passing the checkpoint means you don’t have to start from the beginning all over again if you get caught moving. Although you really are going to pass all checkpoints to get to the finish line, it’s best to focus on getting to the checkpoint that’s right in front of you. There may be instances where you’re almost one checkpoint closer to the finish line but you’re caught, and you’re sent back to the previous one. Try your best to do just enough and pass a checkpoint. It’s better to start again on the latest checkpoint rather than almost getting to the next one and then getting caught.

4. Be Careful Of Obstacles

There is a myriad of obstacles that you will encounter in Touch the Wall. There are balls, cannons, sweepers, dropping blocks, boxing gloves, etc. You name it, this game has it. You need to be mindful of how they move so that you can at least estimate when to stop. For example, obstacles like balls bouncing across the track move a certain way that you’ll know when to stop just before they hit you. If you can avoid getting hit by an obstacle, your run down towards the finish line will be an easy one. But if you do get hit, you will go back to your last checkpoint just like if you were caught. 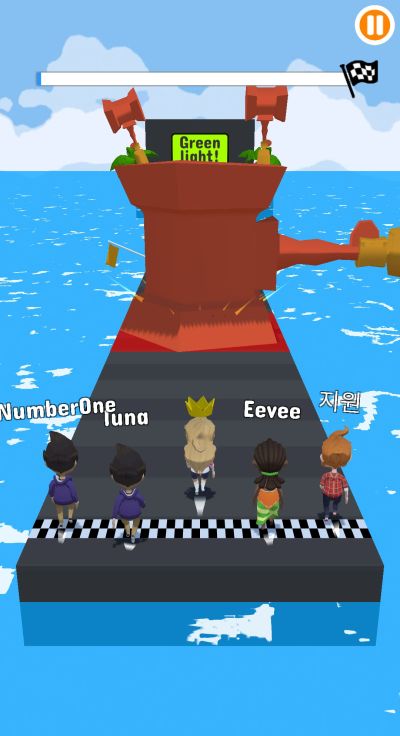 Some obstacles, like the giant hammers that are dropping down, have indicators as to when they trigger. These can be seen directly below the obstacles and on the ground. If the ground turns red, it means that these obstacles will trigger shortly after. Keep an eye out for these in order to avoid going back and starting over. Make your character stop immediately if you see the ground turn red. 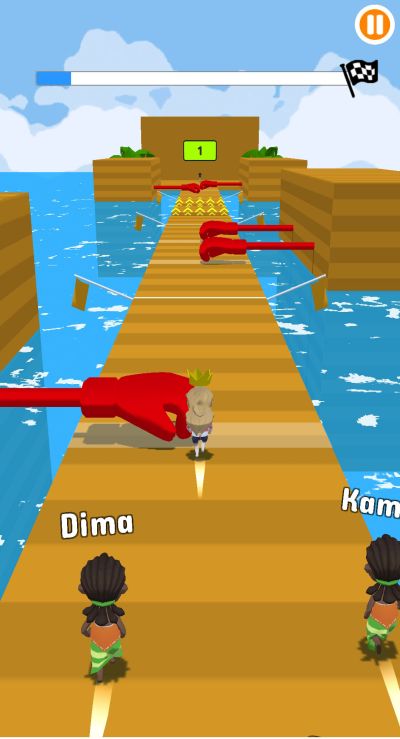 For example, the boxing glove obstacle goes in and out of the track coming from one side. If you are on the side closest to it, you won’t know when it comes out. There is a high chance that you’ll get hit and bounce off the track. The best position to be in is the middle because you have the middle ground from obstacles. However, the key is still your ability to avoid an obstacle and stop before you get hit.

6. Don’t Worry If You Are Not In First Place

While running, if you are in first place, your character will have a crown right above its head. If you see another character run past you, they will have the crown instead. Don’t be flustered and lose concentration if this happens. It isn’t necessary to place first to move on to the next level. You can be second or third and still pass. What’s important is you don’t come last. As long as you get past all obstacles and get to the finish line, you will still move on to the next level.

7. When It Gets Too Hard, Skip A Level 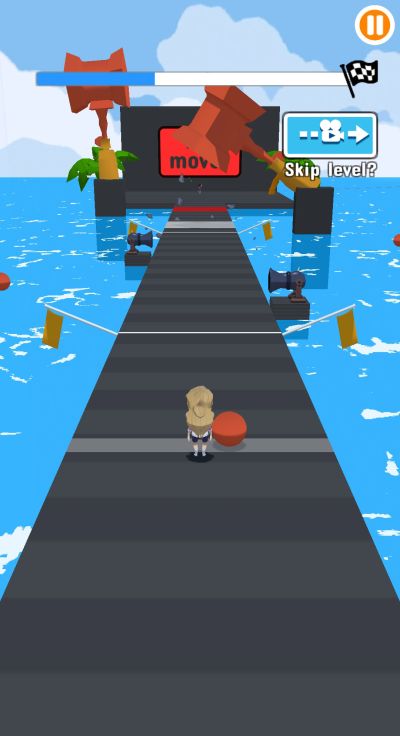 Sometimes no matter how hard you try there will be times that you may find it impossible to get past a level. When this happens, the game offers you a chance to skip and move to the next level by watching an ad. Ads usually take a maximum of 30 seconds, so it’s definitely worth watching if you are having a hard time getting past obstacles.

That is all for our Touch the Wall guide. We hope you’ve enjoyed reading our article and learned something new from our list of tips, cheats and tricks. Feel free to leave us a comment below, if you have more tips for making it to first place!