Toon Blast (iOS) Guide: 7 Tips to Complete All the Levels with Three Stars

Peak Games new mobile title called Toon Blast is described as the “funniest cartoon puzzle adventure,” and while the graphics may suggest something different and unique, it’s actually a classic Match 3 game when stripped down to its core. Your goal is to complete more levels by blasting cubes, or tiles of the same color/type, and creating combo pieces to complete the levels faster. You won’t be alone, as the game will allow you to unlock boosters or power-ups, and there’s also a social element of sorts in this game, as you can create or join a team and compete with, and alongside others to “rule the puzzle world.” Besides, why wait eons for your lives to be refreshed when you can ask your teammates?

Again, there isn’t too much to this game — the Match 3 mechanics are of the classical variety, and that makes it an easy game to pick up, even for those who don’t play a lot of mobile games. But there are, of course, a few twists here and there, and there’s always someone out there who may be getting into these games for the first time ever. While we’ve already covered this game before, we’re now back with another set of tips and tricks for Toon Blast to help you completing more three-star levels.

1. It’s All About Making Big Combos

It’s a classic rule of Match 3 gaming — the bigger the combo, the better! Matching three pieces of the same kind is good, but really, you want to go for five or more, so as to allow you to clear the board faster. Matching five blocks will create a rocket, which could clear a column or a row. Seven blocks will create a bomb, which destroys the surrounding area. And nine blocks or more creates a disco ball, which destroys all tiles of the same color.

2. Combine Special Blocks With Each Other

Aside from using those big combos to create special pieces, you can also finish levels faster by combining two special pieces with each other. For example, two rockets combined takes out a row and a column, two bombs combined takes out an even bigger surrounding area, and two disco balls combined eliminates the entire board! Try it out for yourself if you have a chance, and you’ll be three-starring levels in no time.

3. Don’t Worry About The Stars At First

Toon Blast is the kind of game that tries to make it as easy as possible on the beginner. As such, you shouldn’t worry too much about getting three stars from levels 1 to 14. That’s only going to matter at level 15, once you unlock the Star Chest for the first time — you’ll need 20 stars to unlock each of these chests, so feel free to experiment with strategies early on, and put what you learned to good use once you hit level 15!

This is more of a traditional Match 3 game, which means you don’t need to worry about time limits on top of move limits. What you want to do here is finish levels in as few moves as possible for a greater chance of reaching three stars, so take as much time as you need.

The chests in Toon Blast come with boosters and coins, the former of which could help you further in clearing the board out faster. The Toon Chest is available every 10 levels, while if you’re making the right moves, you can unlock a new Star Chest every 7 levels, again with the first one becoming available at level 15.

6. Use Your Boosters Wisely

Although Toon Blast does ensure you aren’t alone by giving you some boosters for free, with the game offering more boosters via the Star Chest and Toon Chest, you should only use boosters when the occasion calls for it. For example, use the dice only if you need to reshuffle the board because you’re all out of good moves, or use any of the other boosters, such as the boxing glove (removes one whole row) or the anvil (removes one column) if you’re close to completing a difficult level.

Match 3 gaming can be played solo, but once you reach level 20, the game will allow you to create or join a team. Make sure you join an active team, because doing so will allow you to ask for lives, instead of enduring a long and grueling wait! Aside from bypassing the oftentimes-intrusive process of connecting your game to Facebook and pestering your friends (who likely don’t play the game) for lives, you might also get to meet some new friends, thanks to the game’s chat feature. There is simply no downside to going social in Toon Blast!

There you have it! This wraps up our guide for Toon Blast! If you know more hints for Peak Games’ new Match 3 title, don’t hesitate to let us know below in the comments! 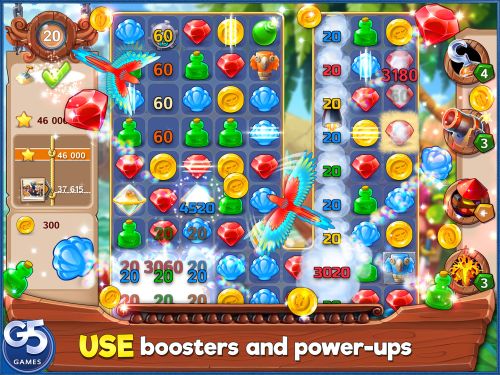 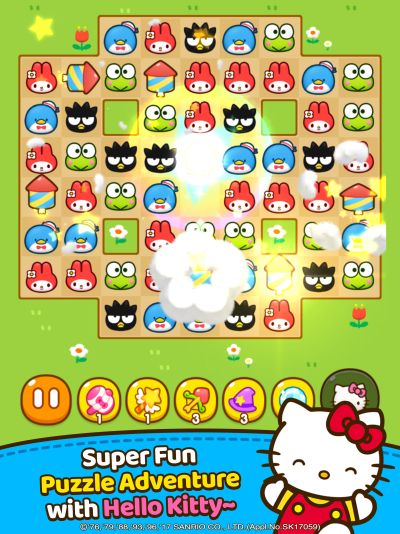