Symphogear XD Unlimited continues to rake in more players as it stays to be among the top new free games in mobile charts across countries where it has been released. Barely over a week old on the Google Play Store and the Apple App Store, Symphogear XD Unlimited maintains a solid average user review rating along with an ever-increasing number of downloads. With a plethora of characters and enhancement options available, action and strategy RPG enthusiasts will find more than what they are looking for in the game.

Symphogear XD Unlimited has so far been generous in terms of providing free gacha pulls and song stones for free players to gather up a massive army even before continuing the main campaign after the tutorial. As you will initially be flooded with in-game stamina that will most likely last till the following days, the rate of replenishment the stamina has for all game modes will just leave you with very little time to stay away from the game.

That said, the path towards securing a strong roster of units and teams for each game mode is comparatively easy compared with other gacha games. If you manage to pull a lot of 5-star cards from the gacha and a bit confused as to which one to invest on, then our tier list will serve as a guide for you to choose more wisely, depending still on your preferences and availability of extra Symphogear card copies, as well as Memoria cards that complement their skills and strengths.

If you have just started playing Symphogear XD Unlimited and still wandering across its content and features, be sure to head over to our Symphogear XD Unlimited beginner’s guide first as it offers helpful tips and strategies to jumpstart your game. The amount of information you get tossed into as you start the game can be a little overwhelming, even for experienced players but with the in-game tutorial, help menu, and our guide, you will be sure to get the hang of it in no time.

The characters are naturally at the core of what makes Symphogear XD Unlimited exciting and while there are only a few characters in the game, each one has several versions. Although you can obtain 3 to 5-star characters from the gacha, each one can be upgraded all the way to 6 stars. Although some 3 to 4-star Symphogear cards can naturally come off better than higher grade ones, we will be focusing only on cards that you can acquire at 5 stars from the gacha. There are currently 16 5-star Symphogear cards in the game and we will be ranking our top ten picks.

Our top pick on this list is the first of 2 5-star Symphogear Cards that can be obtained from the recent and still running Attack On Titan Collaboration Event. Hibiki Style Titan Fusion Fist will greatly help you through the event campaign and also be a strong unit to have in your roster across all game modes. 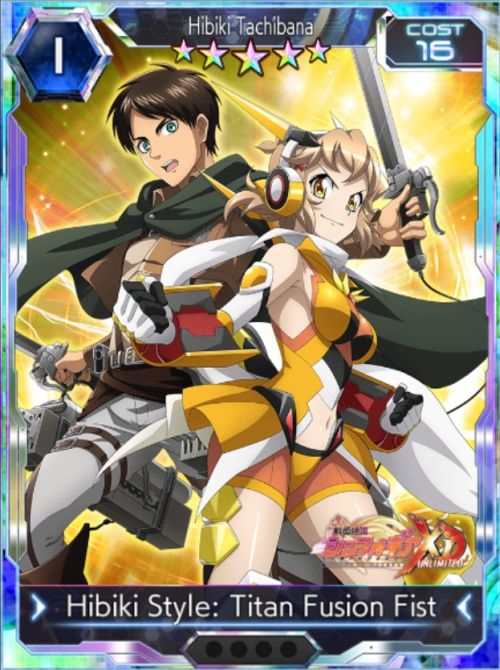 Hibiki Tachibana – Hibiki Style Titan Fusion Fist’s leadership skill boosts physical attack of Intelligence type allies by 15%. Her passive also grants an extra 10% damage boost for the same types of allies. While it will be a challenge to even build a 3-unit team full of Intelligence types, having at least two makes using it worth it given this card’s passive boosts for them.

With high HP and attack stats, coupled with excellent damage-dealing capabilities, Heaven’s Wrath stands as our next pick for this list. She can fit in most team setups and can perform very well across a wide variety of game modes.

Set as a leader, Tsubasa Kazamari – Heaven’s Wrath can boost critical defense of power type allies by 10%. Her passive skill, on the other hand guarantees critical attacks for 6 turns. This passive makes her one of, if not the top damage dealer in the game especially combined with Memoria cards that further boost her attack.

For general mobs and the arena, Chris Yukine – Mega Deth Fuga can cause great overall damage with an attack buff and multi-target skill attack. Although her attack values are not as high as others, she can paralyze multiple enemies and withstand a lot of attacks thanks to her high HP. 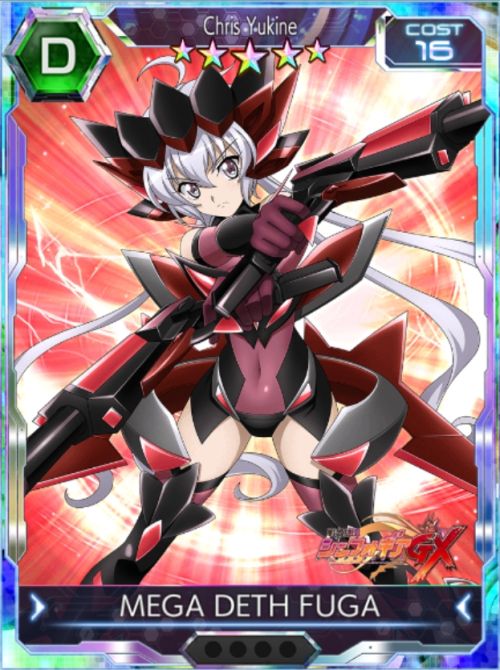 Her first attack skill can deal 165% physical attack damage on 4 targets and comes with a chance to paralyze the targets for 3 turns making it among the best opening salvo in any battle. Her second skill boosts her physical attack by 45% and deals 175% damage on all enemies. A definite must have for any team except for Raid Battle, Advent Battle and campaign and event boss fights.

As a leader, Chris Yukine – Mega Deth Fuga can boost the critical rate of dexterity type allies by 10% and her passive skill raises physical attack damage by 10% for 6 turns.

The other 5-star Symphogear card you can obtain from the Attack On Titan event gacha, Tsubasa Kazanari – Decimating Twin Blades also finds great use beyond the time-limited event stages. She has high HP that works great with her defense boosts and has higher speed than most units, giving her a chance to do first attack on most situations. 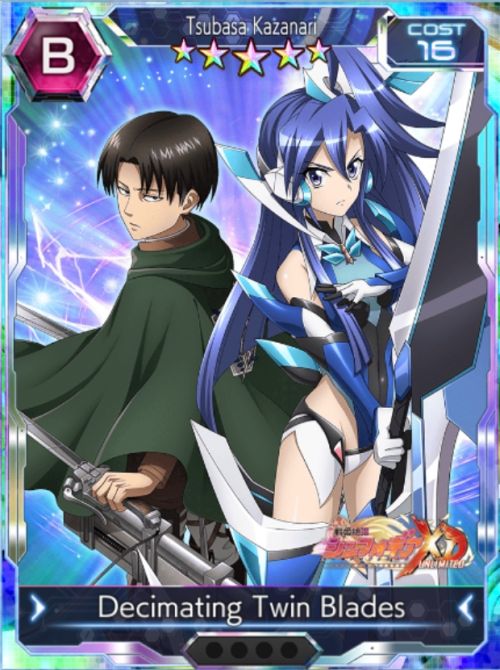 Her first skill deals 130% physical attack damage to 2 enemies and boosts her defense stats by 30% for 4 turns. For a more offensive support approach, her second skill does 155% damage to an enemy and reduces the target’s physical defense by 30% for 4 turns if they are intelligence type units.

If you enjoy control over raw damage, then Shirabe Tsukuyomi – Forbidden Full Moon Ignite is another Symphogear you should consider being a main stay on your team. Although not so much on the damage-dealing part, her ability to paralyze multiple targets make her a great unit to start the battle with, setting enemies up for her allies to massacre. 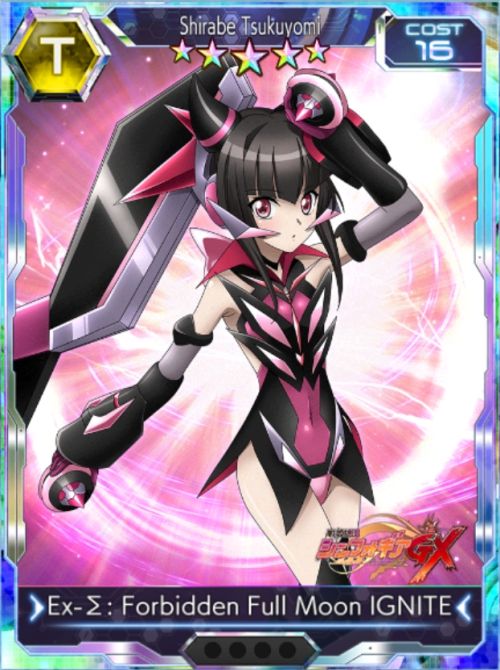 Her first skill does decent damage by inflicting 170% physical attack damage to 2 enemies and comes with a 40% attack boost that lasts for 4 turns. Her second skill is golden as it deals 180% physical attack damage to 3 enemies with a chance for a bonus paralysis that lasts for 3 turns. Take note that the negative status effect cuts across all Symphogear types, making her a dangerous foe to contend with.

As a leader, Shirabe Tsukuyomi – Forbidden Full Moon Ignite can boost critical defense by 10% but her passive skill will only boost her own critical rate by 7% for 6 turns.

Built for speed and more turns, Hibiki Tachibana – Hibiki Style Comet Spear makes up for her subpar stats with high speed and skills that further hasten skill usage. She does not have great offensive and defensive stats but being able to attack more and use skills faster in battle can help the entire team finish off difficult enemies faster. 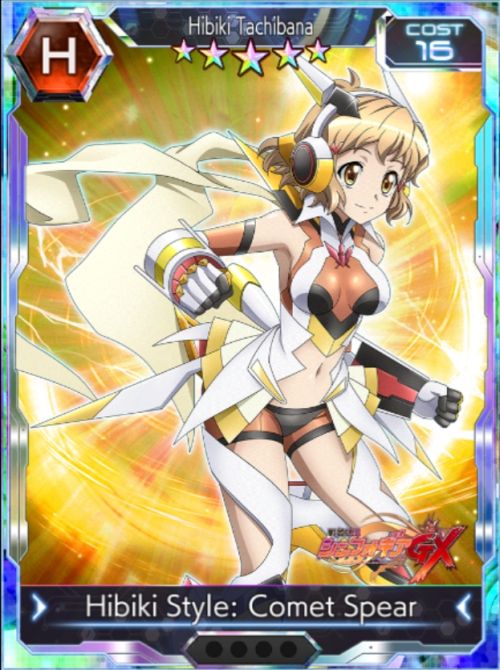 Serving as a counter against special attack users, Maria Cadenzavna – Empress Rebellion boasts high attack stats on top of her great skills. She is a great candidate for a full power type squad whether you choose to set her as a leader or not. 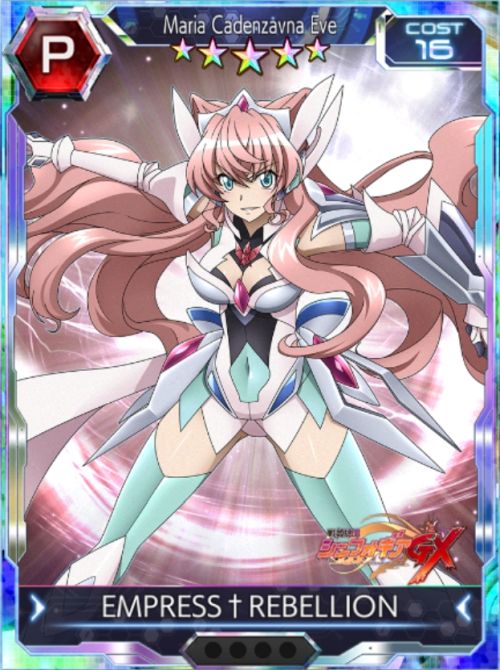 Against special attack users like our #6 pick, her primary attack skill does 115% physical attack damage to 4 enemies and bumps special attack cooldown periods up by 3 seconds. Her second attack skill is a fearsome single target destroyer that does 210% physical attack damage to an enemy with a chance for the target to be inflicted with faint for 2 turns. If the skill does not end up eliminating the target, the faint status will surely leave it wide open for her allies to feast on.

Designated as the squad leader, Maria Cadenzavna – Empress Rebellion can boost the defense of power type allies by 10% and her passive supports that well with special defense buff of 10% for the same type of allies.

Burn and HP recovery reduction are at the core of Tsubasa Kazanari – Rakshasa Zero Stance’s package. She has decent overall stats and is also faster than most Symphogears. With body types on the opposite end of the battlefield, chances are that those enemies bank on high HP and even some HP recovery Memoria cards in the case of arena opponents. Using this Symphogear against those types will be very effective. 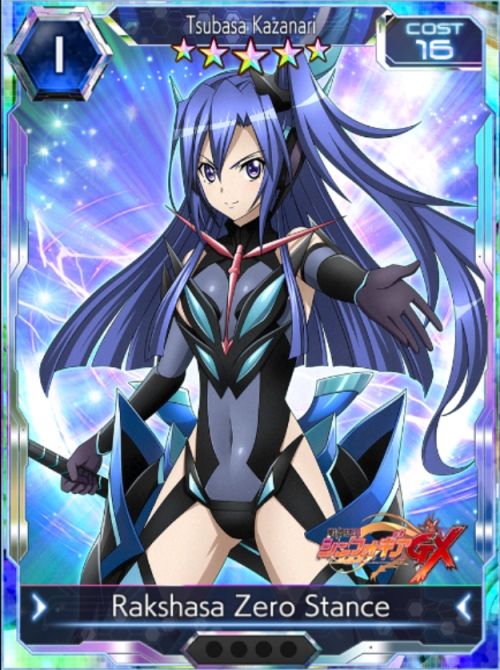 Assigning her to lead the team grants all intelligence type allies a 15% damage boost. Her passive skill, on the other hand, makes her regular attacks for 6 turns have a chance of burning enemies for 3 turns. 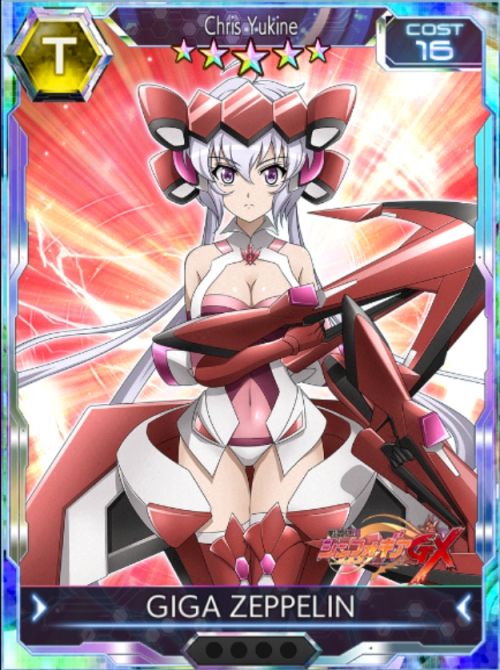 If you are going for an all-heart type squad, you may want to consider Chris Yukine – Eternal Sabbath at the core of your team. She has great buffs for a more offensive heart type team and further boosts her affinity advantage over technique type enemies. She is the only 5-star Symphogear from the recently released X-Drive gacha. 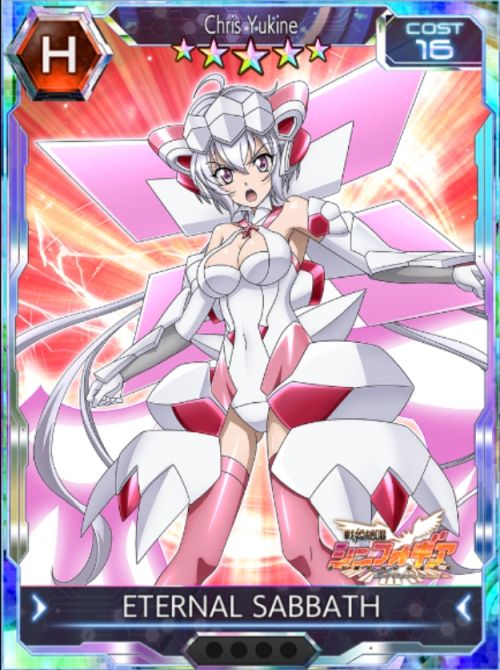 Chris Yukine – Eternal Sabbath’s first special attack deals 190% damage to 1 target and if they are technique types, they suffer a 50% reduction in special defense for 3 turns. Her second skill works best for a full heart type squad as it reduces damage heart type allies receive by 50% for 3 turns on top of the 180% physical attack damage it deals to 3 enemy units.

And that ends our tier list for the 5-star Symphogear Cards in the game for now. As much as we would like to consider all available units in one list, we have yet to play each and every 3 and 4-star cards in the game. Based on experience, though, the higher drop rate for lower grade cards can make them easier to fully upgrade as you progress in the game.

In any case, the tier list is still based on keeping everything else equal, meaning that you can consider to bank on these cards provided that you have enough copies to limit break and limit unlock. Chances are that for most free players, the first limit unlock will happen on an originally 4-star card. Just the same, consider the guide only if you are deciding between or among some of these units when you have limited enhancement resources and stumped as to which one to prioritize.

In addition to the luck-based pulls as a requisite to achieving a Symphogear’s full potential, the availability and utilization of Memoria cards as well as song tracks can impact each one’s performance. As such, feel free to try and work out your own cards and teams in accordance with the resources you have and only rely on tier lists such as this one as a guide in the event you are to choose from among them as to which one to bank on.

Before we wrap up our tier list, you should know that a lot more character variants and Memoria cards are still coming to the game from upcoming updates and, expectedly, even more powerful Symphogear cards will soon take over every tier list out there. As a parting note, do not sell your 4-star Symphogear cards and instead spend a few song stones to expand your inventory. With the relative ease of securing copies of 4 and 3-star cards, you can enhance some of them to become an even more powerful unit than some 5-star units in the game. We may present another tier list for the rest of the characters but for now, we had time only for the 5-star ones.

If you have your personal favorites who did not make it into our list and feel strongly about it, or if you feel that we have considered a Symphogear card whom you feel should not make into any tier list, do not hesitate to let us know of your feedback through the comment section!