We’ve covered a number of in-depth sports titles as of late, so how about something for the more casual gamer? Voodoo, a company that has released addictive titles in the past such as Helix Jump, Dune and Snake vs. Block to name a few, has just launched a new mobile “sports” game called Swing Rider, and we use quotes because we wouldn’t exactly call the feats of daring in this game as a “real” sport. The game promises “exciting adventure[s] of ordinary girls and men through the city,” and that means swinging from one point to another while dangling on a rope from a helicopter, avoiding obstacles and trying to out-swing your opponents. The game also promises one-tap controls, “cool” animations, and “very simple addictive gameplay mechanics” in its short, yet punchy description.

Swing Rider may be a title that’s very easy to pick up and very hard to put down, but we still believe it would be better if we gave you a list of pointers that could help you earn more experience points, level up faster, and complete more races. So make sure to check out our compilation of Swing Rider cheats, tips and tricks, as these cover all the ground you need covered, as we shall discuss strategies that can help you win more stages, avoid accidents or wipe-outs, and make the most out of the game in general, simple as it is.

As is the case with most casual games, we won’t take much of your time in this part of the strategy guide. Swing Rider is one of those “easy to learn, hard to master” titles, as so often used in game descriptions in this genre, and while those words aren’t used in this title’s description, they sum up the gaming experience quite well. Tap-and-hold on the screen to fly upward, release your finger to glide downward — that’s all there is to it, though as the races get more difficult, you’ll be facing faster opponents and more challenging obstacles.

Although this game will have you moving from one race to the next, with each race progressively more difficult than the last, there are no leagues, divisions, or tiers to speak of here. It also may seem that you’re competing against “real players” from around the world, but one, there’s nothing in the description that suggests this, and two, the nicknames of your opponents get recycled constantly from one race to the next, with their nationalities also changing accordingly. Basically, it’s just you against the game’s AI, and the only human “competition” you’ll have is in terms of your ranking on Google Play or Apple’s GameCenter.

Each race comes with four “tracks,” which is more like four stages, with the last-place rider getting eliminated until there are only two of you left in the final track. Should you hit the ground or any of the obstacles while swinging, you won’t get eliminated, though as we’ll be explaining a little later on in this guide, it could be hard to get back on track after you make just one such mistake!

2. Gain More Speed By Flying Into The Coronas, But Be Careful

On each track, you’ll notice that there are several yellow coronas, or large circles, scattered across the track. Swinging through them will allow you to gain a burst of speed, which could be very helpful if you’re trailing in any given stage — this burst of speed also works if you’re flying upward, and as you may have observed, the higher you fly, the slower your swing gets. Sure, you’ll be safe from most forms of danger if you’re flying as high as possible, but you’ll also lose precious ground against your opponents. Flying into a corona could prevent this from happening, so it will be in your best interest not to avoid them in most circumstances.

Take note that we said “most” circumstances — there are some times where it wouldn’t be worth it to pass through one of these large circles! Specifically, we’re talking about times where a bridge or another sizable obstacle is in your way — if you’re moving too fast toward that obstacle, chances are you’re going to crash into it. You may also want to lay off the corona-chasing if you’ve got a comfortable lead over your opponents, or if you’re close to the finish line (as designated by the checkered flag pattern) — the last thing you want is for that extra speed to cause you to wipe out when you’re in striking distance of the finish!

3. Wiping Out Is Not The End Of The World – At Least Early On

Don’t expect the same “kid glove” treatment, however, once you reach the tenth race or so. Once you’re in that part of the game, you’ll be dealing with faster opponents and more intricate obstacles. Wiping out could seriously affect your chances of even making it past the first stage out of four, so we suggest keeping things to only one two two per stage, and trying to go as mistake-free as possible once you’re up against your final opponent in the fourth track. But as you keep repeating these races, you’ should be able to master the tracks in such a way that you know when to tap-and-hold and when to let go.

4. Every Stage / Every Race Plays Exactly The Same Way

The main downside of Swing Rider, we’d say, is the fact that the game will not count your points (or experience points, as seen on the upper left of your screen) if you lose in a certain stage and are therefore unable to qualify for the next race. The game also does not come with a grinding mechanic — you can’t replay stages or races you’ve already completed. However, there is an advantage to this game that we feel is worth noting in this next tip.

That advantage we’re referring to is the fact that the tracks and races in this game are not procedurally generated. “Procedurally generated,” for those unaware, is gaming jargon for randomized, and with that in mind, Swing Rider’s tracks all come with the same layout. Objects like bridges, wooden planks, and helicopters, among others, will all show up at the same spots, and so will the coronas you can use to get some acceleration and race ahead of your opponents. That makes it easier for you to remember when to fly upward or go down, though as anyone who’s been playing the game for a while can tell you, remembering all of this is oftentimes — and applying what you’ve remembered — is oftentimes easier said than done.

5. Fly High, But Not Too High, And Always Think In Advance

Expanding on something we had discussed earlier, one thing we would suggest in this game is to stay as high as possible without sacrificing much speed when you’re in the fourth race or beyond. You’ll still want to slip back down a bit in order to fly into a corona or two, but you should always do this while planning about a second or two in advance and knowing when to expect those obstacles, as stated in the previous tip. For example, if you see a tunnel ahead, start flying upward as soon as possible, even if there are a couple coronas in front of you — you want to avoid the possibility of crashing against the tunnel. But if you’re high up in the air and see a few coronas below with no large obstacles approaching, then you’re more than free to let go of your finger and start catching those coronas in order to gain more acceleration.

Flying too low could theoretically help you gain more speed, but that’s too risky. Even if the game notifies you that your’e “brave” after a “near” miss, that won’t matter at the end of the day. The game does not reward players for style points, as it’s al about beating your other opponents and rising up higher on Google Play or GameCenter’s rankings.

6. You Can Get A Speed Boost Or Skip Races By Watching A Video

Sadly, Swing Rider doesn’t seem to come with any real power-ups that could help you during the races, apart from the coronas we have mentioned a few times in this guide. But you can watch a video in order to get a 25 percent speed boost before the start of a race — all it takes is 30 seconds to watch the video, and you’re set. You’re still going to have to watch yourself while using this speed boost, as more speed means a greater chance of a wipeout!

Aside from speed boosts, videos can also allow you to skip races where you’re having too much difficulty. Not only will watching a video when prompted allow you to skip that one stage that’s giving you too much trouble; the game will move on to the next race immediately. However, there are a couple catches when it comes to this particular in-game mechanic. One, since you’re essentially forfeiting a race, you won’t earn any XP. Two, since we said that races get harder as you go on in the game, the next race you’ll be taking part in after skipping the last one will naturally be more difficult! Think it over before taking advantage of this option, because it might not do you much good at the end of the day. (Watching a video for extra speed, on the other hand, is usually a smart move, so take advantage of that if the video option is available.)

This is pretty much a standard tip we include in a lot of our casual game guides, but there are also games of this kind that go beyond the minimalism and have characters that perform differently than others. Swing Rider is not one of those games. The game will allow you to choose from a variety of male or female characters, but regardless of which one you choose, you’ll be starting out on even footing, making your skill and reflexes the only factors that come into play when determining your success in here. None of the characters have speed, strength, or acceleration advantages over the others — the differences are purely cosmetic, and it’s all up to you when it comes to choosing your favorite character. And with that in mind, you shouldn’t blame your choice of character if you end up wiping out early on your next run!

It’s also worth noting that Swing Rider doesn’t seem to have an in-game store where you can use your XP to buy new characters or other goodies. Nor does it have any form of in-game currency — such are the drawbacks you may have to deal with when it comes to minimalist titles.

8. Give Yourself A Break

Again, we’re here to warn you that it is definitely possible to lose your mojo while playing Swing Rider as one bad run follows another. Even if you may have flawlessly glided from one race to the next a few minutes earlier, the sheer addictiveness of the game may take its toll, as one bad race is followed up by a second bad race, and so on. That’s why we almost always advise casual game players to take a rest in between gaming sessions and return about 30 minutes later (or more), feeling refreshed with a clearer mind. What happens in real-life sports applies in mobile games as well, as frustration could lead to mistakes, even to the best players out there.

There you have it! These are the tips and tricks you need to know in order to succeed in Swing Rider. If you happen to know additional hints for the game, don’t hesitate to drop us a line in the comment area! 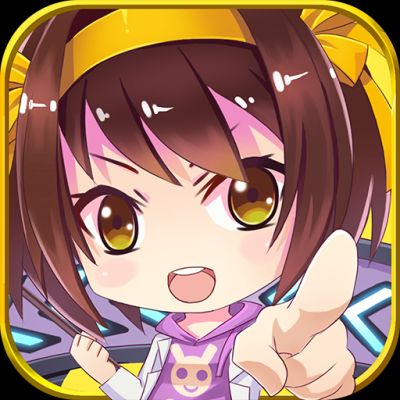 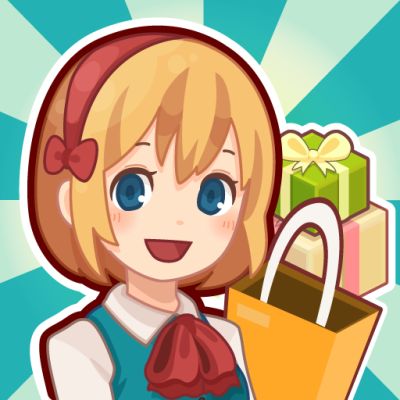