It’s easy to get confused between the two games, as the mechanics and goals are very similar, same with the titles, same with the fact that they’re modern-day “reboots,” if you may, of the early mobile classic Snake. But Snake.io, which we shall be covering now, is not to be confused with Slither.io, as they come to us from different companies. Snake.io is made by Amelos Interactive for Android and iOS, and it again combines the vintage Snake mechanics with those of the surprise hit Agar.io. You will start out by controlling a tiny worm, and as you eat other snakes before they eat you, you’ll be growing bigger and bigger, until you’re bigger than the other snakes in the game. And you can do all this without any lag or any intrusive advertisements getting in the way.

While there are so many similarities between this game and Slither.io, there are enough subtle differences to set those two apart, including a smaller playing field and smaller snakes. But one key similarity here is that you’ve got to keep on eating so that your snake is the biggest on the board. That said, here are some Snake.io tips and tricks for consistently posting high scores. 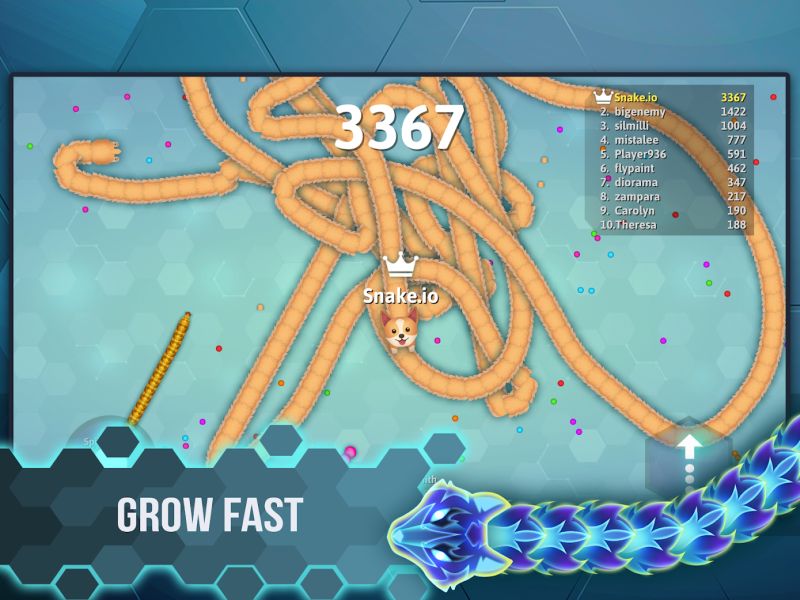 Another very big difference between Snake.io and Slither.io, and probably the biggest difference, is the fact that you aren’t competing against other human players in Snake.io. All the snakes in this title are controlled by the game’s AI, and while this may make for a less interactive, arguably more run-of-the-mill experience, the good thing is that it allows Amelos to make good on its word – there’s no lag, and you can play the game offline. In other words, this is the game you want to play – and not Slither.io – if you’re in any situation where you cannot access the Internet on your phone.

2. AI Bots Are Easier To Outsmart Than Humans 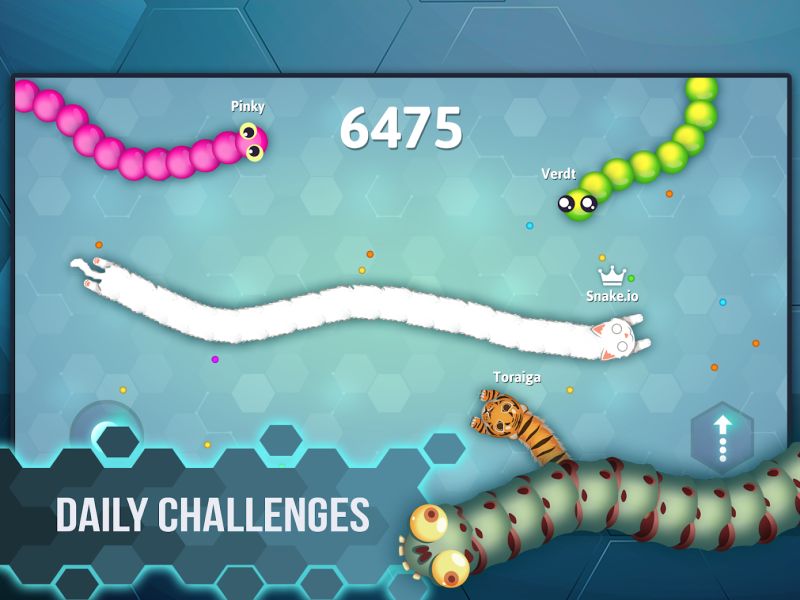 Since your only opponents in Snake.io are computer-controlled bot players, that means you would be able to easily outsmart these AI “characters,” and figure out their rather consistent patterns. There’s no need to worry about human players trying to pull a curve ball in any way, shape, or form. All the AI snakes are consistent in here, may they be tiny ones, may they be the bigger, longer ones.

After your game ends and your snake dies, you’ll have the option to hit the button on your device’s screen that says “more mass”. Of course, that means a longer snake, and hitting the button would pull up the option for you to watch an ad video. After watching the video, you will be taken back to the last point in the game where you left off, with your snake having the same mass it did when it had died.

When deciding on whether to choose the “more mass” option or not, it would always be better if you do this if you’re after a high score or if you were having an especially good game. No sense in watching an ad video to resume a game where you got killed very early on.

4. Restart The Game If You Want Another Batch Of Snakes 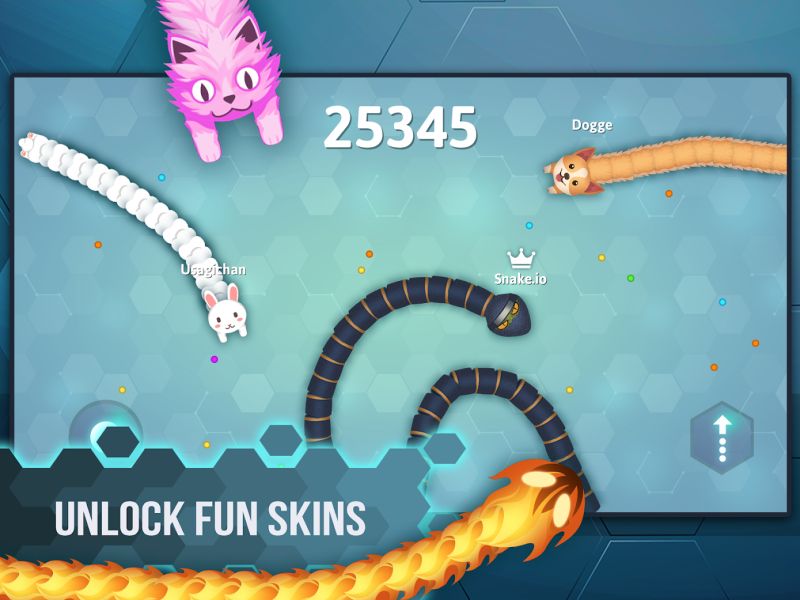 While the computer-controlled snakes in Snake.io may have very consistent and predictable patterns, you may want to go for a do-over, and restart your game with a new bunch of snakes. You can do this simply by closing the game and restarting it. You will then see a new group of snakes with different names, and that’s where things can get interesting. Some of the snakes’ names are inspired by Agar.io, some names are references to Amelos’ other title Cel, and many more are influenced by pop culture miscellany.

If you’re close to overtaking another snake in the game, you can go hit on the “Dash” button so you can overtake them. You can also use tactics to trap the AI snakes, meaning putting them in a situation where they have no choice but to hit you or to hit the side of the screen. That’s going to kill them in any case, so you should try and trap those snakes and eat their dots so you can score more points and grow larger. And last, but not the least, always avoid hitting the side of the screen, as that’ll kill you instantly.

These would be our tips and tricks to succeed in Snake.io. Have you discovered additional tips for the game? Feel free to let us know, by leaving a message in the comment area below!

Are there still working codes?