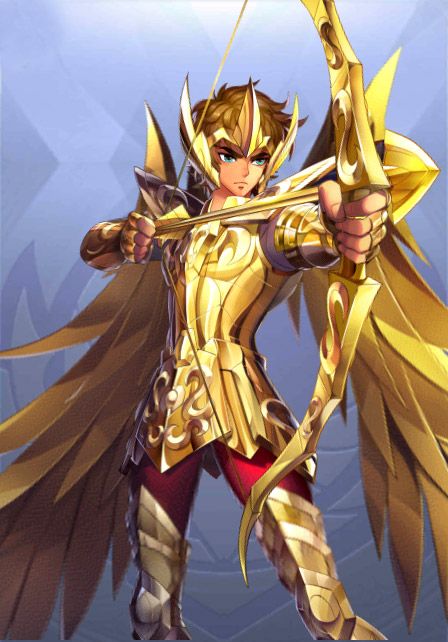 Sagittarius lives by the motto “one shot, one kill”. He can slay even the sturdiest of PvE bosses in one hit, provided his Physical Attack is high enough. Usually to achieve this effect he will need supports that are able to boost his Physical Attack.

Golden Arrows deals very high damage to a single target, and it aborbs a portion of the Physical Attack of the three allies with the highest Physical Attack. This ability is already almost capable of annihilating a lot of enemies in one hit.

Arrow of Justice gives Sagittarius Aiolos a chance to make an extra move after killing something with Golden Arrows. Combining this with Golden Arrows’ ability of absorbing Physical Attack, you could completely destroy multiple targets in a row without giving them the chance to move.

Dying Heroes makes it so that when Aiolos is killed, part of the Physical Attack he stole from his allies is returned, so that losing Aiolos doesn’t become game-losing.

The biggest downside to using Aiolos is that you will have to build a team around him. Kiki is obviously needed, as Golden Arrows costs 4 energy, so you will need to pool some extra energy to use it in the first turn. Also, you will need at least 3 teammates that focus on using Physical Attacks on your team, so that Aiolos can absorb their power. 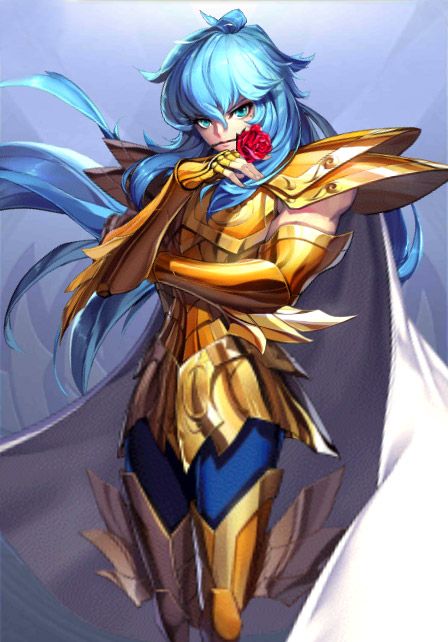 Aphrodite is the most beautiful of the eighty-eight Saints, and one of the most powerful ones as well, he fully deserves to be named after the ancient goddess of beauty. Aphrodite’s claim to fame is his ability to place roses on enemies. When an enemy has two roses on them, Aphrodite’s skills will gain additional effects.

Warrior of Beauty is what places roses on your enemies, and it only activates when Aphrodite is the last Saint to move in the turn, which is very likely, considering how low his speed is. When this ability is used, the team’s surplus energy of the current turn is transformed into roses that will hit random enemies.

Unsurprisingly Aphrodite works very well with Kiki, as extra energy is always welcome to Aphrodite, since the more energy he uses, the stronger he becomes. Other Saints you want to pair him with are the ones who don’t use energy to use their abilities, like Scylla Io, or you can pair him with Hound Asterion, who can steal the enemies’ energy. 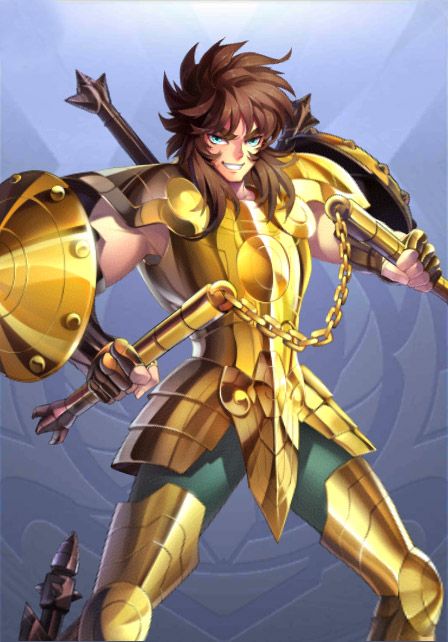 Libra Dohko is all about damage. There’s not much else to say about him honestly. He just does damage.

One Hundred Rising Dragons hits enemies with 4 green dragons, plus one extra green dragon for every Tiger Soul he has access to. If Libra Dohko has 4 Tiger Souls, this spell will deal double damage, which means it is going to annihilate just about anything unfortunate enough to get hit by it.

The following two skills are what allows him to gain Tiger Souls.

Weapon Technique Pierce gives Libra Dohko a chance to attack together with his allies with a basic attack, kinda like the Pegasus + Shiryu combination you see in the early stages of the game. He gains an extra Tiger Souls every time he joins an ally in their attack.

Weapon Technique Block gives Libra Dohko a chance to resist attacks aimed at him, reducing the damage he takes and giving him extra Tiger Souls.

A great ally to Libra Dohko is Sextans: the more Libra’s allies fire an attack, the more chances you will have to join them with a Weapon Technique Pierce, which in turns gives you more Tiger Souls. At 4 Tiger Souls, use One Hundred Rising Dragons and you will destroy anything that is trying to stop you. Other powerful allies include Scorpio Milo and Scylla Io. 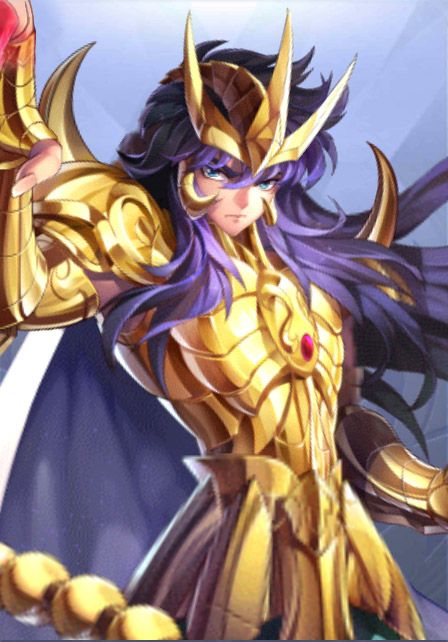 Scorpio Milo is a great damage dealer for two reasons: his abilities don’t cost energy, so you can pair him with someone that spends a lot of energy, like Aphrodite or Aiolos; furthermore, he deals insane single-target damage.

Restriction is a simple attack that has a chance to lower the target’s Physical Defense.

Scarlet Cyclone is the reason Milo is so dangerous: it gives the next attack he performs a chance to strike again. This sometimes triggers twice, allowing Milo to strike 3 times in a single attack, which combined with Restriction’s lowering of Physical Defense, makes him hit really hard.

It goes without saying that Sextans Luna is the best way of supporting Milo. Offensively, you can play Saints that need a lot of energy to perform their job at their best, since Milo does not use energy for his attacks, so the already mentioned Aphrodite and Aiolos are great offensive partners, as they also benefit from Milo’s presence.

Luna is one of the best supports in the game, fighting with Athena for the title. She’s great both in PvP and PvE alike, depending on which other units you pair with her. She is very easy to obtain too since she isn’t that rare, which is always welcome.

Star Fate Prayer is her main ability, and it allows the target to make an extra move right after their first one. This allows some units to become unstoppable death machines, provided you have enough energy to keep going. This spell can be interrupted by enemy control spells, the best way to avoid this is by using it on someone who is going to move right after Luna (check out the Speed stats to know who to target).

Vast Galaxy is Luna’s awakening skill, and it allows the blessed target to attack for 3 rounds consecutively.

As you can see, Luna allows units with game-changing skills to pull off extra attacks quickly, making her a great ally to almost anyone. As great as Star Fate Prayer is, you will need to make sure you have enough energy to use the target’s abilities multiple times, so Kiki is a necessary partner to have if you plan to run Luna. Luckily for us, Kiki works in any lineup, as there are no downsides to running him. 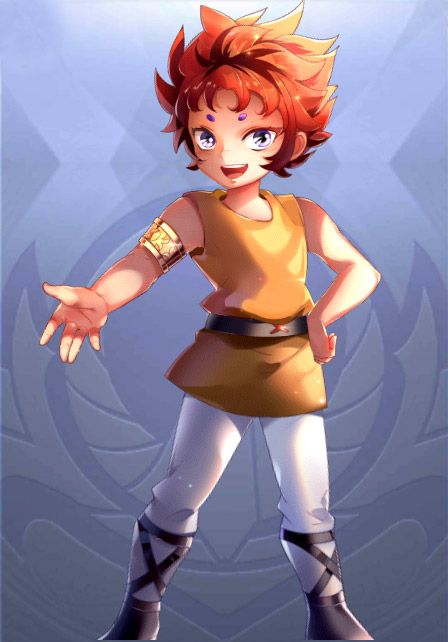 Kiki is by far the most versatile support in the game, and you should run him in every lineup you want to play. He is great in both PvP and PvE, and his job is to increase your energy points. Much like Luna, he isn’t very rare, so he’s easy to collect and power up. When it comes to Awakening, Kiki should be your first choice, since he works with every other unit in the game, plus his Awakening skill is extremely good to begin with.

A Flash of Wit is the skill Kiki unlocks when he is awakened. This skill creates energy out of nowhere (unlike Psychokinesis, which takes it from the energy pool of the next round), and it is the reason we suggest you to awaken Kiki as soon as you get him.

Energy is what allows your units to use their abilities, and you never have enough of it. The more energy you have, the more power you will be able to unleash on your enemies, and that’s why Kiki is so crucial to every lineup. 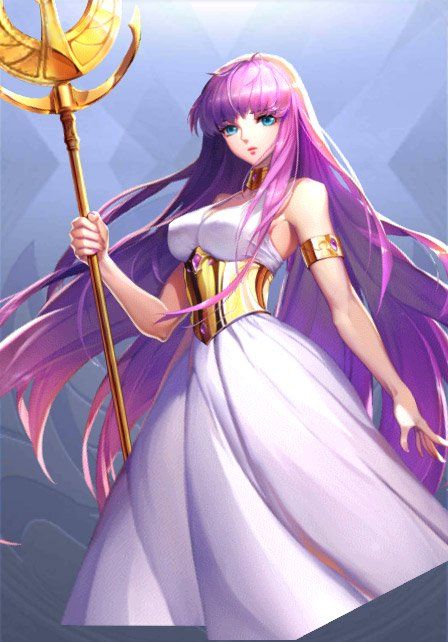 Athena is one of the central characters of the entire series, and she is also an incredible asset for every team, should you manage to get her. Athena is immune to all enemy control effects, and all of her abilities are centered around healing and protecting her allies.

Golden Scepter gives her allies a chance to drop the enemy’s cosmic attack upon attacking them.

Divine Amulet purifies an ally to increase their Status Resist.

Blessed Victory heals allies that are dealt a fatal blow by a percentage of Athena’s maximum HP.

Athena is a great defensive support that works well with most lineups. She is great if you have a very powerful unit you want to protect at all costs, as you can make it more resistant to Status effects. Also, if a unit you care about is getting focused a lot, Blessed Victory can negate most of the work by denying its death and healing it. Athena is great, but know that she is very rare, so she might be hard to get on your team. 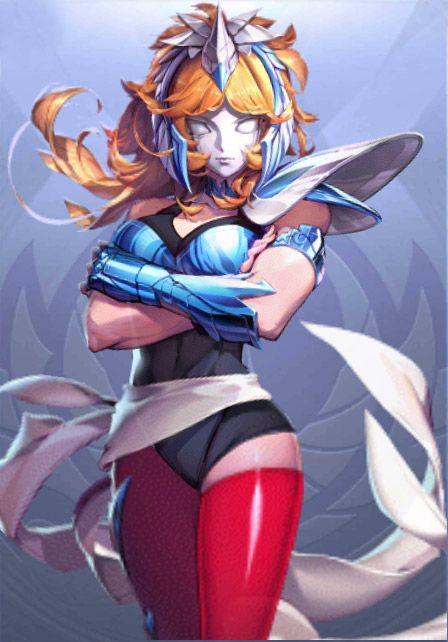 Eagle Marin is another great support hero, and you get a copy of her for free by clearing out chapter 4 of the story, which is very nice. Her abilities focus on healing her teammates based on her cosmic attack.

Eagle God’s Technique heals her entire team based on her cosmic attack and healing strength, and in the early stages of the game it can easily fully heal her entire party.

Mysterious Mask is the skill you unlock by awakening Eagle Marin, and it makes Eagle Marin able to heal herself by a lot more, to greatly improve her chances of surviving fights. Longer fights with Eagle Marin mean more healing.

She works extremely well with Chameleon June, as June can spread the damage taken to the entire party, which then gets healed by Eagle Marin. This combination works wonders against high single-target burst units. 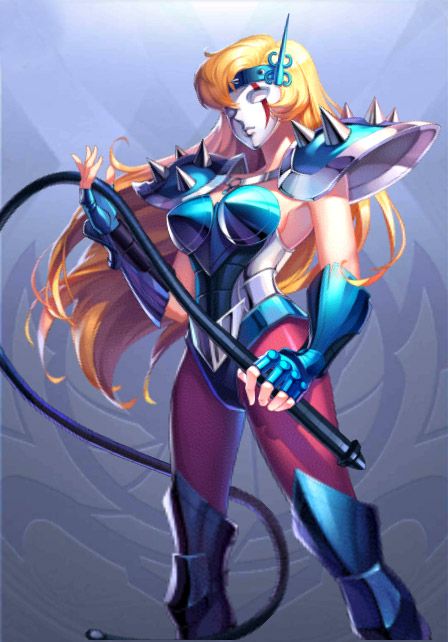 Chameleon June is another great choice if you need a supporting Saint for your lineup. She is great at countering high single target burst damage with her abilities, by sharing the damage with the rest of the team.

Vines Growth does exactly that: it targets an ally, and part of the damage they take will be redirected to the rest of the team. This ability is excellent, although you will need to make sure June is faster than the enemies to cast it before they deal their powerful blows to the unit you want to keep alive.

Chameleon Breath is Chameleon June’s awakening ability, and it expands on Vines Growth, reducing the damage taken by all allies after using Vines Growth. This skill makes your party even harder to kill, and it works great when paired with strong healing, like Eagle Marin’s.

This ends our guide on the best heroes in Saint Seiya: Awakening. As usual, remember that these lists are subjective, and that everyone’s experience is different when it comes to heroes. Also remember that synergies can turn even bad units into amazing ones. If you found out any other units that you think is great, please share them with us in the comments below. Until then, happy farming!