Following the success of games such as Ballz Shooter and Color Ballz, the masters of the casual gaming experience are back. Ketchapp has launched a new game that could either be filed under the arcade category, or maybe even in the sports category. Pocket Pool is a back-to-basics arcade pool game where the only thing you need to do is to sink the ball, and try to keep sinking it as many times in a row. There’s no need to worry about specific rules or mechanics like you would when playing pool in real life — just sink the ball, move on to the next table, and keep doing it until you miss. It’s a completely minimalist gaming experience, and that’s just how Ketchapp would prefer it.

The game’s similarly minimalist description notes that you can “compete for the best score in the world.” That means competing to become the player who sinks the most consecutive balls, and while it might seem like a bit of a challenge to top the rankings, it is possible to at least beat all your friends, or at least achieve a creditable ranking in the Google Play or Game Center leaderboards. Read on for some Pocket Pool tips and hints to help you improve on your high score!

1. Know Where To Start Dragging

It may not seem like much at the start, but you’ll find out soon enough that this is an important aspect of the game that you should not overlook. It’s an all too common mistake for players to start dragging their fingers over the cue stick, but instead of doing that, you should start dragging once your finger is over the red ball. This clears up your line of sight and allows you to see where the ball will be traveling, and allows you to wield the cue stick with more control and flexibility.

It won’t be the easiest thing to do at first for most players. And it might even take you out of your comfort zone. But it’s something that’s worth practicing, and something that’s worked for many other players in helping them substantially improve on their high scores. Keep on practicing this tactic, as well as others, and you should be mastering this game sooner rather than later!

2. In Fact, Focus Solely On The Red Ball

Ketchapp’s Pocket Pool is not real pool. It is a casual arcade take on the popular game/sport, and that means the rules are different. That’s one thing you should remember from the moment you start playing, and when it comes to actually playing the game, you should maintain your focus on the red ball. There’s no need to hit any of the other balls, and there’s no need to send the white ball into the pocket. It’s all about the red ball making it into the pocket, and as far as the gems are concerned, you don’t even have to worry about them too much either. The only time you should be worried about the other balls or the gems is if they’re part of the goal that you need to reach.

3. What Should You Use The Other Balls For?

We did mention in the last tip that the other balls may be important at times, and may be required to help you achieve a certain goal. Since the only goal here is to get the red ball into the pocket, that means you will need to use the other balls to launch trick shots, as you resort to more creative ways to achieve the one and only goal in the game.

Don’t overlook the need to launch trick shots in this game — it will become progressively harder for you to send the red ball to the pocket, and things won’t be half as easy as they were in the beginning. Also remember that the levels in this game are, as the oft-repeated buzzword goes, “procedurally generated” — that means the levels are randomly generated to ensure a different playing experience each time you load up a game of Pocket Pool. That, in turn, means more chances to shoot trick shots, and more ways to get creative.

4. How To Shoot Trick Shots

As for the art of actually hitting the trick shot, the first thing to remember is that doing so isn’t easy — otherwise, there would be no need to use the term “trick shot.” But generally speaking, what you’ll need to do here is to hit the red ball so that it ends up hitting another ball while on its current path, making it swerve and change direction to enter the pocket. You may also have to shoot another ball so that it hits the red one and sends it into the pocket. Sure, you can still try the obvious, direct route, but your chances of sending the red ball into the pocket will drastically go down if you stick to these direct hits in the tougher levels.

Once again, remember that the levels get progressively harder, and are always different in each play-through!

5. New Cue Sticks And Pool Tables Are Only Cosmetic

When it comes to getting gems in Pocket Pool, it’s best to collect them only when they’re out there in the open. Do not collect them if it’s going to jeopardize your performance in the game!

As for actually using the gems, you can spend them on new cue sticks or new pool tables in the in-game store. Just as usual, do not expect anything more than cosmetic changes — the new sticks and tables won’t change the gameplay one bit, nor would they come with enhanced stats or special effects. But if collection is your thing, you can go ahead and collect as many of these items as possible, as changing things up could often be a good way to break the monotony and improve your score. You can also use the dice in the menu and randomize the new items you can buy at the store — again, it’s all cosmetic, but it can also be more fun this way!

And this wraps up our guide for Ketchapp’s latest mobile game, Pocket Pool. If you have anything to add, feel free to leave us a message in the comment area below! 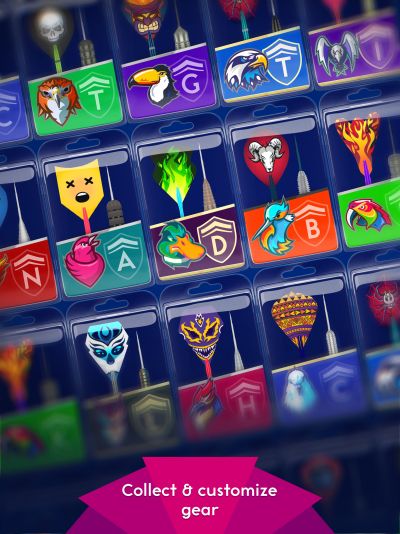