We have already published a detailed guide about who in our opinion are the best heroes in OVERHIT, but it wasn’t giving justice to the plethora of amazing heroes in this game. The following heroes are perfectly capable of clearing all the content in the main campaign, and are also fine in the Arena, due to their skills. Keep in mind that we are not going to talk about Riah and Aglaea, the two best heroes in the game, as they are special summons who are not obtainable yet, and who will most likely require lots of grinding.

We are trying to keep this OVERHIT guide as friendly to the average player as possible. So without further ado, we present you our OVERHIT characters guide, showcasing some of the best SSR and SR heroes to dominate the main campaign and arena battles! 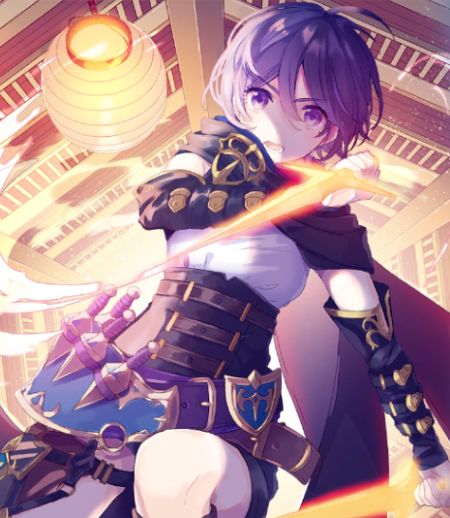 Ren is all about damage. She deals lots of it. Her leader skill is a bit peculiar, as it increases the critical damage of physical based allies by 25%, pretty good if you are running a lot of physical attackers like Alex or Jasper. Her skills are what sets her apart, starting from Sakura Strike: Blinding Firestorm deals massive damage to a single target while inflicting poison to him, dealing additional damage every 6 seconds based on Ren’s attack stat. Sakura Strike: Toxic Phoenix deals damage to three enemies at once while inflicting bleed on them, which means it reduces their healing by 20%. Her passive increases the damage she deals to Water Element heroes, and also increases her own critical rate when she gets it. Also you get a copy of her just by playing in the campaign, which is always welcome, as it saves you the headache of having to hope you summon her regularly.

What makes Ren so special aside from the statuses she inflicts, is her link with the next character, that will allow the two of them to use a special ability called Sakura Strike: Crimson Sange Blade. 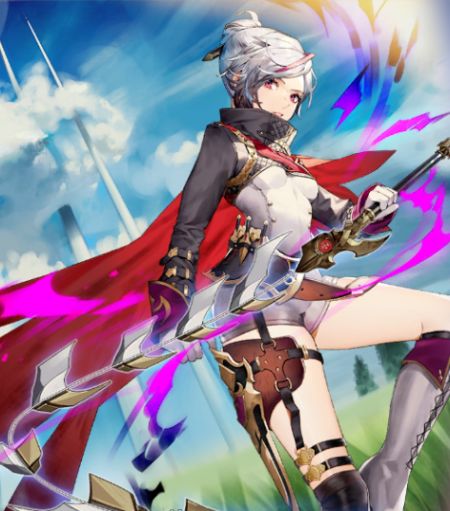 Leika is a powerful attacker that synergizes heavily with Ren. Specifically, her Sakura Strike: Rakshasa Blade deals a lot of additional damage to enemies that are under the effect of bleed, which coincidentally is caused by Ren’s Toxic Phoenix. Sakura Strike: Sange Blade hits three enemies at once and reduces their critical rate. Leika has also some defensive utility, as she increases the block rate of her allies in the same row, and also gets bonus attack when she blocks.

But the fun begins when Leika and Ren are played on the same team. This not only improves both of their stats by a good chunk, but it also unlocks their “OVERHIT skills”, an extremely powerful skill that is performed by both. The OVERHIT skill’s name is Sakura Strike: Crimson Sange Blade, which strikes all 5 enemies with a powerful guaranteed critical hit, and then burns them, dealing damage over time. It even reduces the enemies’ crit resist rate. 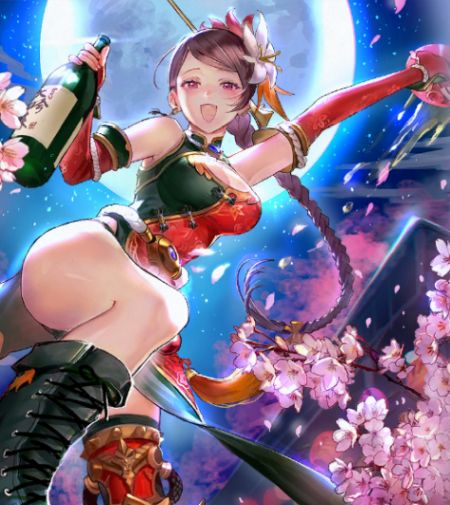 Hien’s peculiarity is the chain mechanic on her first spell. Chain effects activate when the conditions of the skill are satisfied. Phoenix Wing Strike deals massive damage to a single target, and if the chain effect is activated, which happens when she attacks a burned enemy, she will strike even harder, by hitting the enemy with a guaranteed critical hit, and additionally she will inflict an even more powerful version of burn, and it will spread to two additional enemies. Furthermore, her other spell, Falcon Claw, is also great, as it deals a lot of area of effect damage, while reducing the damage of the enemies she hits. Her Passive, Scarlet Lily Frenzy, increases the damage she deals to enemies affected by burn, and also gives her more pierce rate, always a welcome boost to any hero looking to deal damage. 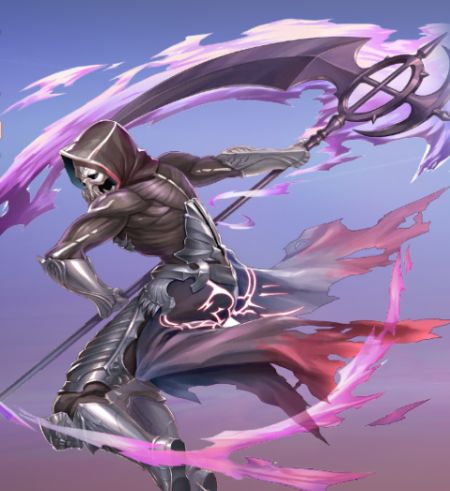 Despite its hideous looks, Proxy is a great addition to any team looking for a Dark element attacker. Damage is the name of the game for Proxy. If he shares the battlefield with at least 2 other Dark heroes, he will boost the attack of the entire party. Shadow Avatar does decent area of effect damage and reduces the healing of the enemies it hits, while Shadow Vortext, his second spell, not only damages up to three enemies in an area, but also heals two allies for a very high percentage of his attack. The real deal though is Proxy’s passive: Encroaching Darkness, which gives Proxy a chance, with every skill, to blind the enemies it hits, reducing their change of actually hitting their attacks in half. Very solid pick with some nice defensive utility.

The game has an abundance of powerful attackers, there is not enough space to write about all of them, but Angelo and Luna get an honorable mention. Angelo deals massive area of effect damage to 4 enemies at once with both of his abilities, while becoming stronger the more of his allies get knocked out. Furthermore, his second ability, Gravitation Singularity, deals bonus damage equal to the targets’ max health points, making Angelo particularly strong against tanky lineups. 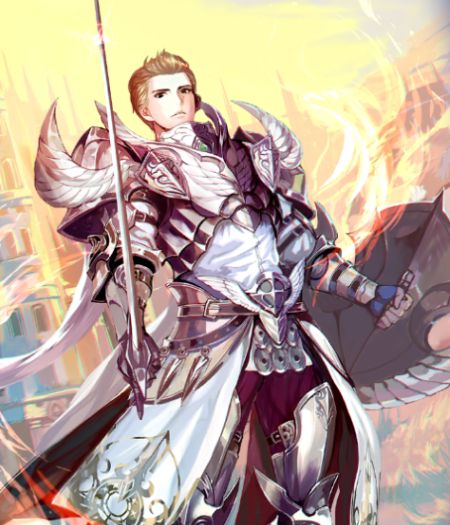 Alex is the master of shields. He protects himself and his most powerful allies with each ability he uses, and he is also capable of dealing damage based on his defense. His leader skill improves the attack of all his allies by 40%, which is pretty good. Then we have Wings of Astraea, a powerful buff that increases the defense of all of his allies, and at the same time also casts a barrier on himself that blocks a lot of damage. Jupiter Burst is a pretty uninspired ability, the only peculiar part of the spell is that it deals damage based on Alex’s defense. Lastly, Indomitable Spirit is a powerful passive that casts additional barriers on his allies with the highest attack every time he activates a skill, additionally, it gives Alex a strong damage reduction. A great addition if you are playing a lot of frail heroes that require protection. For example, if you don’t really have a good support to heal your mates, Alex would be a great choice for a frontline hero, as he adds a lot of longevity to his teammates. 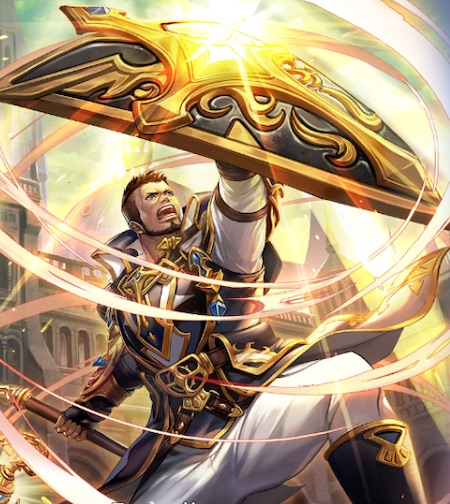 Emodin is the epitome of a tank. He barely helps his teammates directly, but boy he buffs himself up to turn into an unkillable nightmare. The only defensive buff he provides to his team is his leader skill, Iron Wall, that increases the defense of everyone. Vanquishing Blast hits one enemy and drops his attack, pretty standard stuff. His second spell, Divine Pillar, increases the attack of the whole party, and also casts a barrier on Emodin himself that blocks a lot of damage. Lastly, Cataclysm Fist has two effects: first, it lowers any kind of damage Emodin takes, secondarily, it inflicts the Chill status to the enemies that are so brave t hit Emodin. What this means is that by placing Emodin in your front life, you have decided to place this unsurmountable wall that is very annoying to deal with, and that you have to reluctantly attack, despite the fact it will feel like you are trying to move an unmovable object. 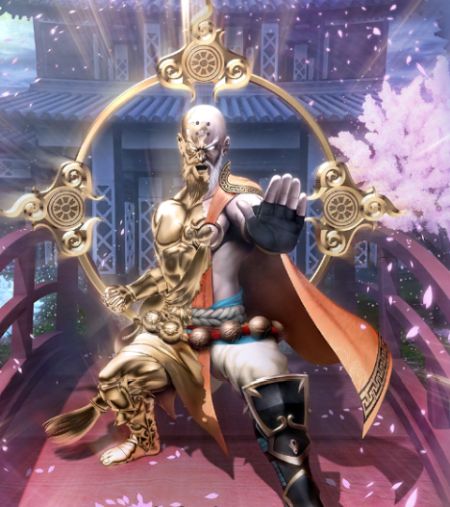 Jinkai excels against physical damage-based enemy squads. The reason being his passive, Aggressive Defense, as well as his first ability, Varja Strike. Aggressive Defense simply gives Jinkai physical damage resistance whenever he casts a spell, while Varja Strike summons a barrier that shields up to three allies, but most importantly, forces his opponents to attack him. Because of this, he is great if you do not have access to another powerful defender (be it because of levels, rolls, or whatever else), as he can force the enemies to deal with him first. Asura’s Path deals respectable damage in an area, and also has a chance of silencing the enemies it hits, making them unable to use abilities. 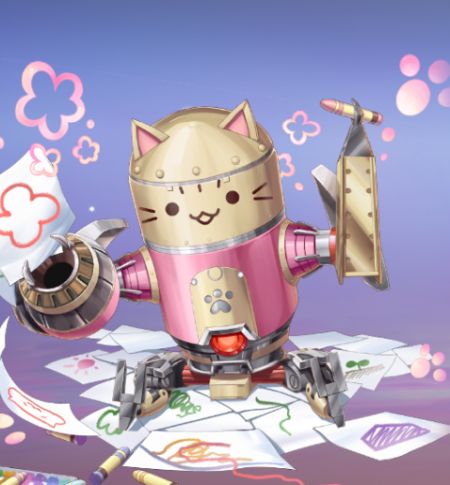 Nekoroid could very well included among the best heroes in OVERHIT, despite its ludicrous looks. Nekoroid makes its entire team more resistance to status effects when it is set as a leader. Its first spell, Healing Paw, is a huge blessing for any team, as it both heals and shield 3 teammates by a lot. Nekoroid can make even weak teams looks durable and fearsome just thanks to this ability. Cat Nap is also very powerful, as it hits two enemies dealing respectable damage from them, but the interesting part comes now: this spell also removes a buff from the enemies it hits.

Yes, you can get rid of those annoying regeneration effects provided by heroes such as Yggdrasil, or you can remove the various buffs that increase damage, or defense. Nekoroid’s passive, Survival Instinct, makes him casts yet another shield on 3 teammates when he it gets hit. Overall, a great choice for a support for any kind of team. 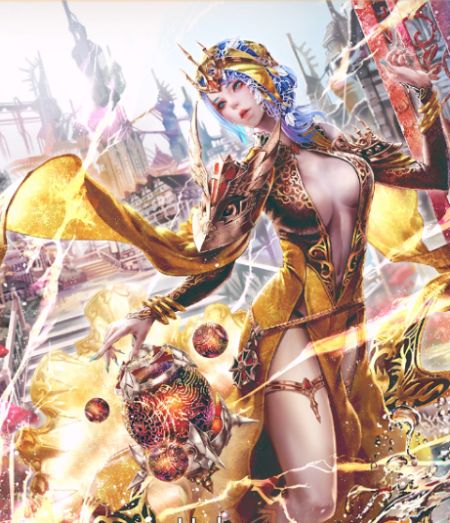 Helena is the only Support in the game other than Sophia to have access to a spell that resurrect her teammates. This makes her incredibly valuable, but the issue then becomes that she risks just ending up as a worse Sophia, since she’s so much harder to obtain, as you don’t get her for free by clearing the campaign. Fortunately, it is not the case. Her Partian Blessing heals her entire team, plus heals the most wounded one even more, which in itself could already turn the tides of the battle. Rune Wall is a spell that allows you to resurrect an ally, and also gives a shield to the 4 party members with the lowest hit points, which will most likely include the hero you have just revided. So you resurrect people, shield them, and then heal them by a huge amount, all just by using two spells. These two spells are already amazing, but then you read her passive, Unbreakable, and see why she is in this list. When her health points reach zero, and she is about to die, she makes four of her allies completely immune to damage for 32 seconds. Yes, you have read it right: complete immunity from damage. This helps if your opponents are focus Helena super hard and try to kill her first. The price of doing so will most likely reveal to be too high. 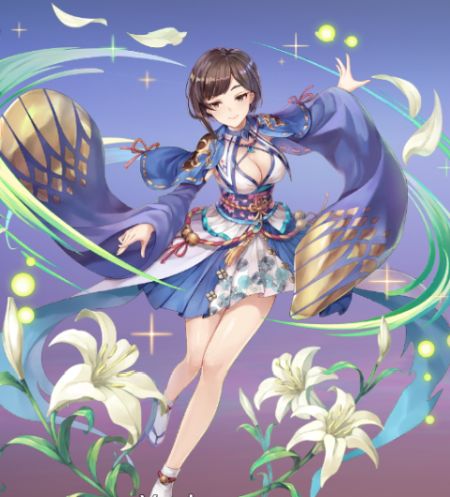 Yuri is very unremarkable, but realistically, this game has so many attackers compared to anything else that it is hard to find enough worthwhile supports. She isn’t bad by any means, in fact she is a solid addition to any team, it’s just that every other support we talked about is better. She does what you’d expect out of a support, and that’s about it. Every time she casts a spell she heals her three allies with the highest attack stat, Dance of Hope is your run-of-the-mill shield that blocks the damage that 3 of her allies take, and also heals them thanks to Mystic Prayer.

Love’s Embrace is a bit more interesting, as it not only increases the attack of 3 of her allies, but it also lowers the cooldowns of their spells by 13 seconds, which is very good! Better than Sophie in fact. Her leader skill leaves a lot to be desired, and her healing isn’t remotely as good as anyone else’s though, which is why we are not that enthusiastic about her.

This wraps up our list of heroes you could use to build a strong team in OVERHIT. Be sure to check out our other guide regarding heroes as well! Do you agree with our list? Is there any hero that is missing in your opinion? Feel free to let us know in the comments!