The fourth Toy Story movie is coming up, and Big Fish Games has just released Toy Story Drop! on iOS and Android to help us contain our excitement. The game is a match-three puzzler featuring all your favorite characters from the film series, including Woody, Buzz Lightyear, Jessie, and, of course, the adorable Aliens! Andy is on his way back from Cowboy Camp, and it is up to you to help the toys prepare for his return. Solve dozens of puzzles in order to collect Playset pieces!

The puzzles start out easy as the game teaches you the ropes. The difficulty level ramps up quickly, though. Soon, you will find yourself struggling to finish puzzles or collect batteries. If you find yourself stuck in any of the levels, don’t worry. Just read our Toy Story Drop! guide for tips, cheats and tricks in order to solve every puzzle!

If you have played other match-three games before, you would be familiar with powered pieces. These are pieces that have special abilities when you use them. You can create powered tiles by matching four or more pieces of the same color. The more you combine, the better the effects will be. Check out the list of powered pieces below, so you have a better idea of how to use each one in Toy Story Drop! 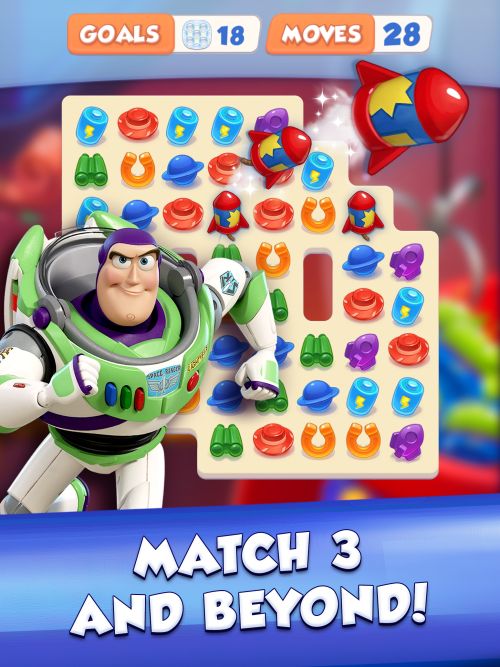 Rocket – Match four tiles in a square pattern to make a Rocket. Using this will clear tiles the normal way, but it will also send out a Rocket that will destroy a random target tile. Target tiles are those that you need to clear as part of a level’s goal.

Bouncy Ball – Match 5 pieces in an L or T shape to get the Bouncy Ball. Using it creates an explosion that takes out surrounding pieces.

Disco Ball – Matching 5 pieces in a straight line creates a Disco Ball. Swap it with any piece in order to destroy all instances of that piece from the board. Tapping on it will clear all the batteries on the board instead.

Now that you know how to create powered pieces, it’s time to combine them. Using two powered tiles at the same time will result in better effects, allowing you to clear even more tiles from the board. First, clearing two Jack in the Box tiles will clear both a row and a column. You can also combine a Bouncy Ball with a Jack in the Box in order to clear three rows and columns. Two Bouncy Balls used together will result in a bigger blast. 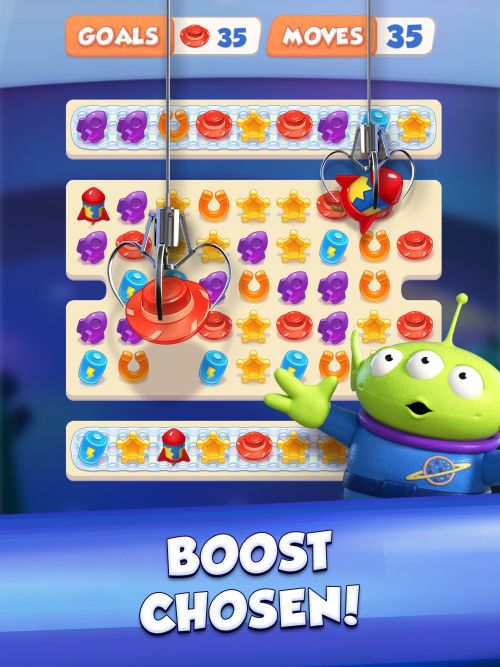 You don’t really need to worry about solving puzzles right away. The limiting factor here is the number of moves you can make, so feel free to take your time. It is best if you analyze the entire board first and consider the different moves available. Never make a match for the sake of just doing something. You can at least clear tiles that would set up for a better combo later on. The higher the level of the puzzle, the more thought you will have to put into planning each move.

At the start of each level, you are given the option to take a boost with you. These boosts can help you clear the levels, but they are limited. If you are not planning on spending real money, it is best if you avoid using your boosts unless you are really stuck. Always try to clear levels on your own first. Most of the time you would be able to solve puzzle without using boosts. If you have tried a couple of times and you still can’t clear a particular level, then it’s alright to use a boost. At least you will have a better idea on how to solve a puzzle and which boost to take with you once you have attempted to solve it a few times.

5. When To Use The Claw And Saucer 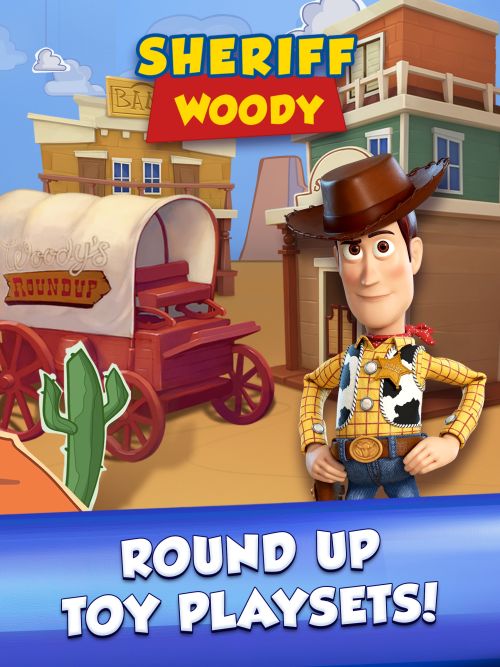 There are two additional boosts in Toy Story Drop! that can be chosen while you are playing a level. These are the Claw and the Saucer. The Claw allows you to swap any two tiles on the board. The Saucer clears a single tile on the board. Even though these seem useful, they are also limited. Don’t use them if you feel you can complete the level if you just tried again. The only time you should use either of them is when you have failed a level multiple times and are sure that clearing or swapping one more tile will help you in finally solving a puzzle.

6. Use Coins Only When In A Pinch

Coins are the game’s regular currency. You earn 10 coins every time you clear a level. That’s not a lot considering how much you need to spend. That is why you should hold on to your coins for as long as you can. Spend coins only when you have tried solving a puzzle multiple times and are sure that you can actually complete it if you purchase those last five moves.

7. How To Unlock New Locations 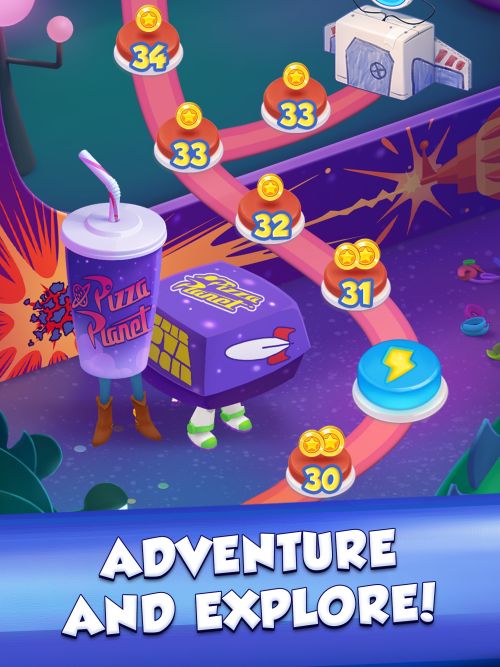 Unlocking new locations require batteries. One way to get batteries is to purchase them using coins, but since it’s so hard to get coins as it is, you should avoid spending them this way. The best way to get more batteries is to simply replay old levels repeatedly. You get free batteries even if you replay a level, so you can just keep grinding. Once you have enough, you will be able to unlock a new scene.

There are also bonus adventures available in the game. You get to watch hidden scenes involving the characters if you complete their respective playsets. Each playset has multiple parts. The Porkchop Express playset, for example, has four pieces. You just need to keep replaying levels in order to unlock these bonus scenes from your favorite characters.

It’s time to help the toys through over a hundred puzzles in Toy Story Drop! Make sure you follow the tips and tricks listed above and you will be solving puzzles one after the other! If you have anything to add to our list of tips, don’t hesitate to leave us a message in the comments!

How do I get rid of treasure trove

Stuck stuck stuck. What a shame. Addicted to this game and this level is impossible !

Stuck at the level after 40 in scene 24 for a long long time . Losing my patients to play again....

same here stuck on scene 24 level right after 40, been like 2 weeks and there is no way to get past this level or even onto the next screen without buying alot of more moves! I have noticed since some time in Dec 2020, I am getting 25 coins x 5 a day, maybe thats what the increase in coins is for, to use to buy moves?