OnPipe is a brand new casual game by SayGames where you have to slice your way through levels, avoid obstacles, earn coins, and get monstrous points. It’s a very simple game that you’ll only need one finger to play it. Hold your finger on the screen and watch as you slice corn, flowers, bricks, and more. Although it’s a pretty much straightforward game, just like the company’s previous titles such as Clean Road and Jelly Shift, you will still need to use your utmost concentration as one slip up will make you lose everything you’ve worked hard for. In this OnPipe guide, we’ll help you breeze through levels and get a record high score. So without further ado, we present you our list of OnPipe tips, cheats and tricks below!

1. Know When To Release

The controls of OnPipe are not difficult at all as you only need to hold down to start slicing. However, you should know when to hold and when to release. Tapping and holding down on the screen will make your slicer tighten and destroy whatever is on the pipe. You can hold down for as long as you like, but you have to make sure you release when the pipe gets bigger or when there are obstacles, which are usually in a different color than the pipe. 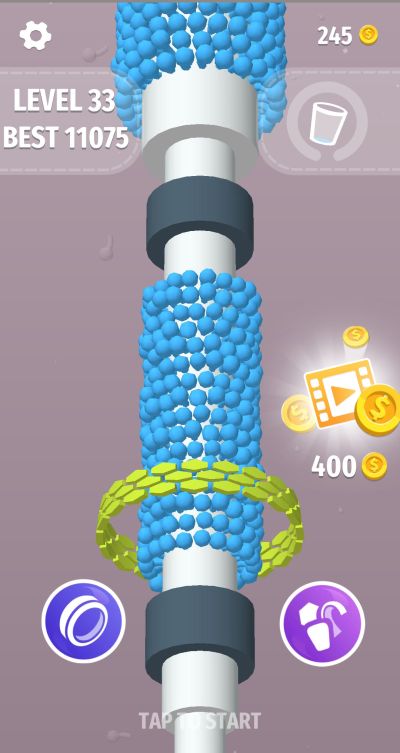 Throughout the level the pipes will vary in size. It may start out as very narrow and then widen along the way. This changing in size happens throughout the level, so you need to be careful when to hold and when to release. The things you need to slice on the pipe are separated in groups. It’s best to hold down to slice them and then immediately release once you destroy them all. Sometimes these groups are on a same sized pipe. Although it’s easier to just hold down and cut them all since they’re in a similar sized pipe, it’s best to still do the hold and release for groups as continuously holding down may break the momentum and rhythm which might end up in hitting an obstacle.

The most essential thing in this game is your concentration. You have to really pay attention to get through levels without difficulty and to avoid hitting any obstacles. As levels go up, it gets more challenging. The pipes are more uneven than before and obstacles appear more often. Giving total concentration in this game will make all levels a walk in the park making you reach level 100 in no time.

3. Do Your Best To Get The Multiplier

4. Use Your Coins To Change Pipes 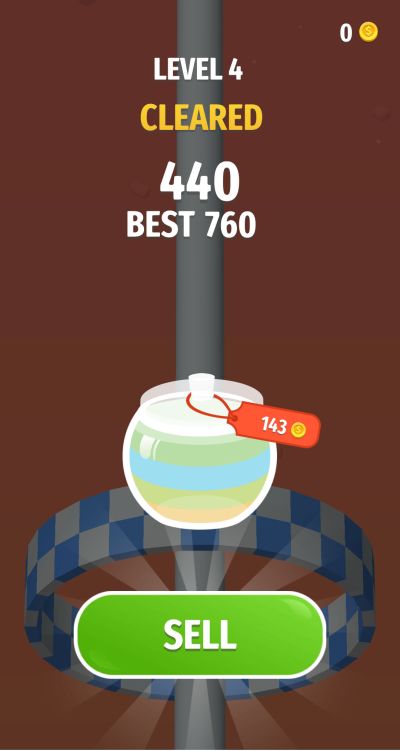 Each level has an indicator that looks like a glass at the upper right corner that fills up whenever you slice things. Once this has filled up, the finish line for the level appears soon after. Depending on how much you sliced, coins are given to you. At the end of each level, the coins you have collected is then transferred to a bowl. Once this bowl fills up to the brim, the accumulated coins in that bowl can then be collected. It might take you several levels before the bowl is filled. The more things you slice, the more coins you’ll get. These coins can be used to purchase different kinds of pipes.

The game has different kinds of pipes that you can choose from. Doing this only changes the appearance and has no added bonuses or benefits. However, some pipes are more distracting than others as they protrude and spread out in a way that slightly blocks your view of incoming obstacles. Pipes such as the leaves and those that have length to them are slightly distracting as when you slice them, they fly all over the place. 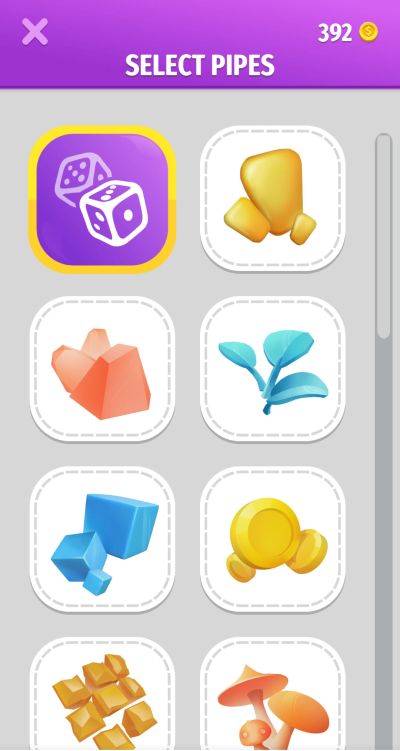 Pipes that are very minimal and even are ones that are suitable for those who easily get distracted. These pipes include the default one which is the corn. Other pipes that are not that distracting are the scales, blocks, bricks, and any other pipe that is similar. Using these pipes will make it easier to get the multiplier and also avoid hitting obstacles.

In OnPipe, you can change your slicer appearance, but don’t be pressured at all to change them if you’re satisfied with what you have now. Similar to pipes, changing a slicer’s appearance doesn’t add any benefits or additional perks. It just changes your game aesthetically and doesn’t contribute anything. But if you’re one who wants to change your slicer’s appearance, you can do so before you start a level by tapping on the slicer menu before starting a level.

As with all free-to-play games, watching ads will gives you a ton of advantages. It’s best to grab the opportunity to watch right when the game offers it to you. Some of these bonuses include being able to continue playing right after you fail or hit an obstacle. This isn’t always offered so you should take advantage of this right away and watch in order to not lose your multiplier. Another bonus that is given to you is getting slicer designs through watching ads. You can only obtain slicer designs this way. If you want to have a variety of options for the appearance of your slicer, watch an ad immediately when its offered. 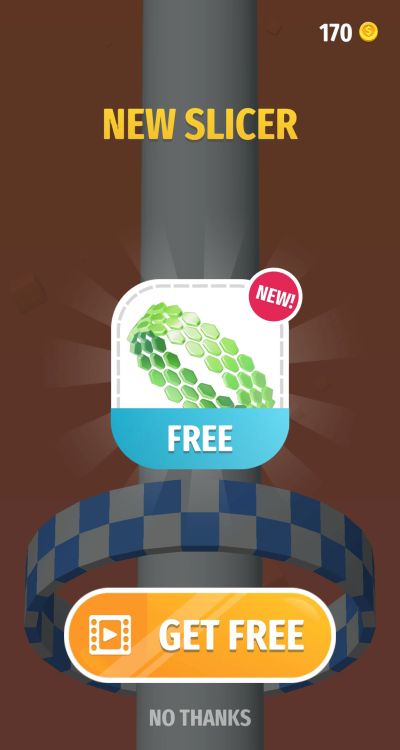 Other than those mentioned, the game also asks you to watch an ad in exchange for a gift. What can be found in these gifts are usually coins, pipes, or slicers. The game will randomly ask you if you want to watch, either after a level or when you fail to complete one. These ads are short with a maximum of 30 seconds. If you want to make your game aesthetically pleasing than it already is, or if you want to not lose your multiplier, watching ads is the way to go.

This is the end of our OnPipe guide. If you have additional tips, cheats or tricks for us fellow players, then don’t hesitate to drop us a line in the comment section!