Mirage Memorial Global is an exciting gacha MMORPG created by EFUN for Android and iOS devices. The game features some of the most popular fictional and historical characters, but with a twist. They are all reimagined as beautiful female Servants. You get to recruit military geniuses like Alexander the Great, famous scientists like Einstein, and even mythological goddesses like Athena. There are dozens of Servants for you to recruit, each one with her own set of skills and attributes to help you in battle.

Of course, not all Servants are created equal. Even among Servants of the same tier, there are still some that are better than others. In order to assemble the best possible team, you will need to know who to choose to bring along. If you are still starting out, you may want to check out our Mirage Memorial Global beginner’s guide first. Otherwise, continue reading our Mirage Memorial tier list to find out who the best Servants are in the game!

Tanks are the front liners of your team. No matter how high your team’s damage output is, if no one is there to take the hits, you will surely lose a lot of battles. The great thing about this game’s Tanks is that they are not just a bunch of meat heads. They can dish out just as much as they can take. Nobody wants to watch a couple of brutes bludgeon each other for hours on end, so it would be great if you can recruit Tanks who can deal proper damage even if they are not as strong as the typical DPS character. 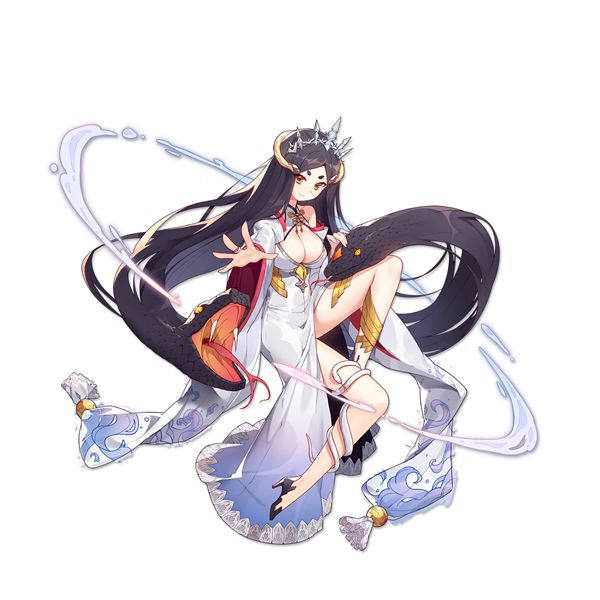 This Fire element Servant isn’t necessarily the best Tank in terms of base stats. What makes her formidable is her ability to lead the charge by launching enemies in the air with her Chaos Repression skill. After that, she can cast her Energy Converge skill to increase her own Physical and Magical Defense by 8 for 10 seconds, allowing her to withstand incoming attacks as well as any other tank in the game. 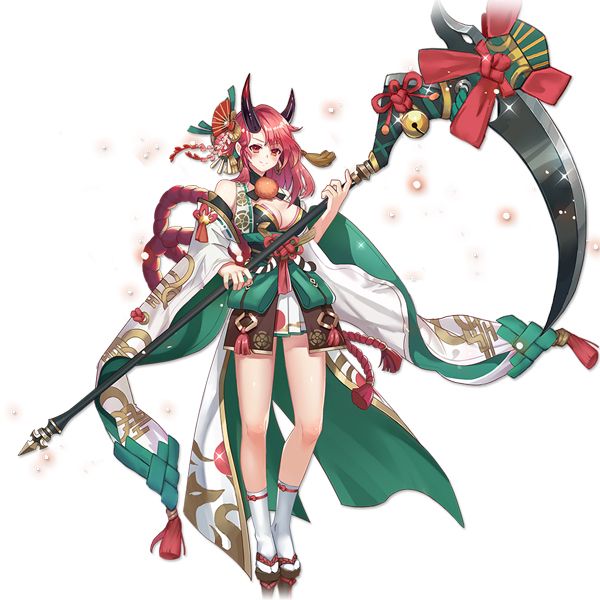 Remember what we said about not being a meat head? This Wind Servant is really an attacker, but her amazing survivability makes her better than most Tanks the game has to offer. Her Phantom Scythe skill is great for healing which effectively negates most of the damage she takes in the front lines. Her Ghost Strike skill reduces the physical attack of enemies, giving even her teammates a better chance at survival. Finally, her Crescent Slash skill that increases her attack speed for 4 seconds is icing on a really great cake.

No team is complete without Supports. Unlike the DPS and Tank roles, the Support’s job varies depending on her abilities. Players generally assume Supports need to heal and shield their teammates, but that’s not always the case. Servants who provide positive buffs to their teammates, or debuffs to their enemies, are also considered Supports. Another way Supports help their team in this game is by manipulating Morale gain. High Morale allows Servants to cast skills faster. The two Servants below does this well among other things. 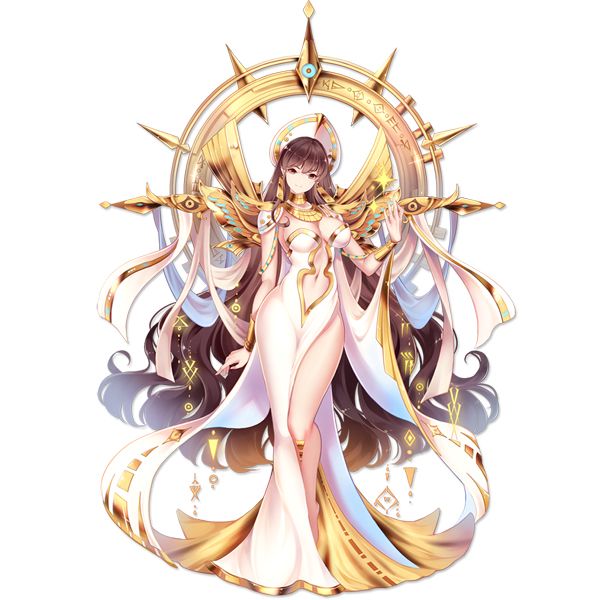 Based on the famous Babylonian king, Hammurabi is a great Light Servant that can heal her teammates, boost Morale, and deal a ton of damage. Her Theocratic Code is a damaging skill that also removes all buffs from the target. Dictator, on the other hand, slows down enemies by 50% for 4 seconds. Light of Discipline heals while knocking back surrounding enemies, giving her teammates a chance to recoup after getting piled up on. She can also passively increase her team’s Morale gain, giving everyone an edge in battle.

Despite not being a SS rarity Servant, many consider her to be the best PVP Support because of her skills. Light Storm not only reduces the enemy’s attack but also lowers their Morale. Dust Storm also reduces enemy attack plus it has a chance to charm an enemy for 4 seconds. If she manages to snag the enemy team’s main DPS, the game is over. Finally, she also has Rain Storm which is an AOE heal that helps the entire team survive longer.

The DPS characters are the rock stars of any game, and this is true even for Servants. While a full DPS team won’t really get very far, you can’t deny that they look the coolest on the battlefield. DPS Servants deal the most damage in the game. We’re not just talking about raw stats here, though. The best DPS Servants in the game don’t just throw hard punches, they also do a great job at disabling enemies to ensure complete domination. 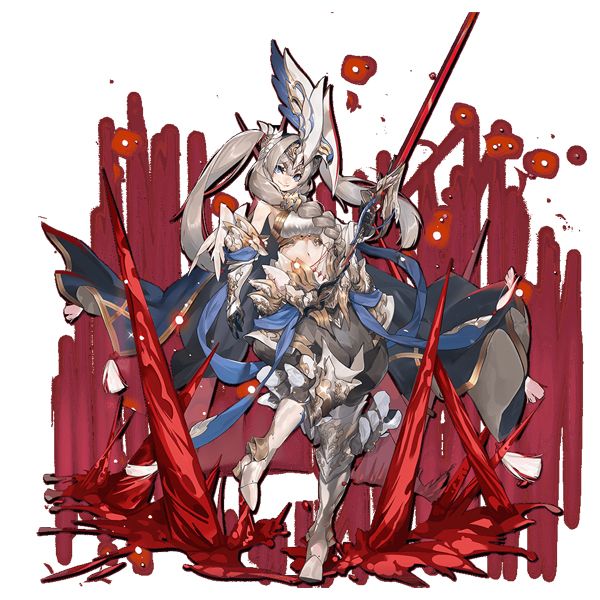 This little lady is based on one of the fiercest female warriors of Greek mythology, and she lives up to the name. She can single-handedly carry your entire team through the first 5 chapters in her base form. Once you unlock all of her skills, she becomes unstoppable. Holy Blade deals damage to multiple enemies and knocks everyone back. She is immune from all damage and control effects while performing this skill. Holy Warrior damages and knocks back a single enemy while dispelling all debuffs from Athena. It also increases her speed and evasion. Her Purify Blade is her most devastating skill as it deals damage to all enemies and reduces their damage by a whopping 90% for 4 seconds. 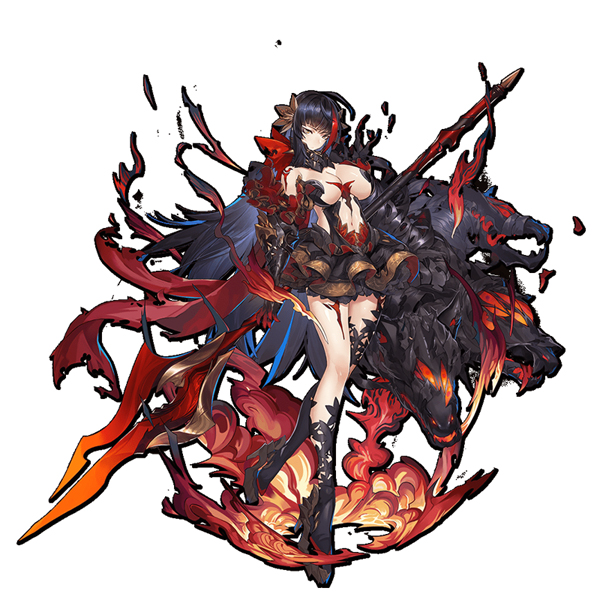 This Servant does not really sync with her teammates, nor does she need to. She disables her opponents and keeps dealing massive damage until they are dead. End of story. Did you expect any less from the Lord of the Dead? Her first two skills, Dead Silence and Dark Heaven both deal damage and knock up enemies in the air where they won’t be able to fight back. She then follows up with Samsara which gives here complete immunity while damaging enemies around her. 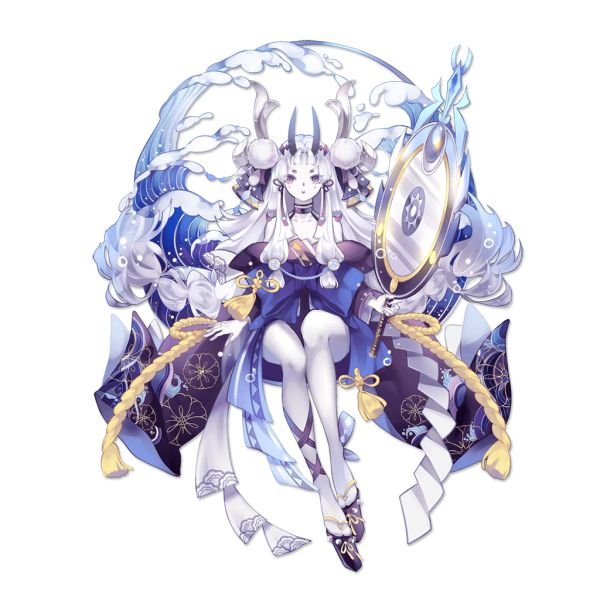 Based on Japan’s storm god, this Servant really is like a storm on the battlefield. She specializes in damaging the entire enemy team. Even though she isn’t as strong as the first two DPS Servants we mentioned, she can decimate an entire team quicker than they can if paired with the right teammate. Avalanche hits all enemies and reduces both attack and speed for 8 long seconds. Death Palm is another attack that hits multiple enemies. It knocks back all enemies and grants Susanoo maximum defense for 4 seconds and stuns enemies for 3 seconds. Teamed up with other AOE Servants and the battle will be over before that 3-second stun ends.

Assembling the perfect team is a matter of knowing the strengths and weaknesses of each Servant and adjusting accordingly. Remember everything you learned from our Mirage Memorial Global tier list and build your dream team around the best Servants in the game!

Hammurabi and Atlas both have heal skills