Mine Blitz Tips, Tricks & Cheats: 6 Hints Every Player Should Know

Mine Blitz is a new fast-paced platformer from Pine Entertainment, the creators of Century City. The game takes you straight to the gold mine, where you have to deal with a lot of things you won’t expect in a real-life mine – bombs, pikes, traps, and even dungeon-style creatures. It’s an old school, retro-style platformer for Android and iOS devices where a lot of things will depend on your timing. But once you’ve got your timing down pat, you will be able to make it past those obstacles and survive those fearsome creatures. The company also adds that you may be able to pull off some “trick shots” to get yourself past the traps and into some gold or other types of treasure.

Like any other platformer, this game can be both challenging and addictive. And even if it’s arguably a title designed for semi-casual gamers, things can get complicated at some points, and you might need some help overcoming some of the obstacles within the mine. Having said that, let’s move on to our list of Mine Blitz tips and tricks, as we show you what you can do to descend even further down the mines, and make it back in one piece.

Although, a lot of games in this genre require quick thinking and actions, Mine Blitz is actually a game that will reward you more if you take a patient approach to things. Take your time and don’t make any rash decisions; oftentimes, it can be a case of “the faster you start, the faster you get killed.” As the screen goes down slowly, you shouldn’t try going much faster than that, and you should always remember that your run will be over once you’re caught between an obstacle and the top portion of your screen. The moving screen, in fact, shouldn’t throw you off one bit; take all the time you need to react, regardless of what type of obstacle is in front of you. It may be a living or non-living obstacle, moving or stationary; react accordingly, but don’t rush it!

2. Your Miner Needs A Good Foothold

There are few situations more dangerous than having your miner high up on the screen, with precarious footing at best on the blocks. Be careful and make sure your miner maintains his footing, as he’ll keep falling down until he lands on a platform, should he lose his step. Also, stop one row before the final row of blocks if you notice there’s a horizontal spike going around. Going too far down would end your run as you fall into the pillar, just like that.

There are various things to upgrade in the game, but the very first one you should work on is the coin upgrade. Go to the shop and buy the double coin upgrade over everything else, as that’s going to double your earnings for each coin you collect; instead of one coin being worth one, it’s going to be worth two once you’ve got this upgrade. And with more coins means more resources to buy the other upgrades; truth be told, they’re quite solid, but non-essential in many cases, so you might not want to shine a lot of attention on them.

4. Take Advantage Of Your Power-Ups

After buying the first stages of the power-ups in the in-game shop, they’ll all become available to you. You’ll need to deal with cool down times when using power-ups, but the unique thing here is that the cool downs manifest at the start of a level. Properly timed usage of power-ups can turn the tide, or could turn out to be the difference between victory and defeat. They could also help you earn a ton of coins, if you use the coin magnet power-up and have it drag in a bunch of coins that you normally wouldn’t be able to collect on your own.

5. Be Prudent When Using Your Checkpoints

Another good thing about this game is that it lets you set checkpoints following each level, or parts of the game where you can come back after your miner has died. In order to restart from those checkpoints, simply watch an ad video and wait until the 30-second (or sometimes less) clip is over; that will take you right to the very area where you set the checkpoint. You can also pay 40 coins to continue from a checkpoint, but that’s not really recommended in most cases. You may, however, have to pony up those coins, as the game only allows you to watch so many ads within a given timeframe. The best place to set checkpoints would be those parts of the levels where you usually run into the most trouble; set those checkpoints wisely and they can be a very effective tool in helping you rise up the game’s leaderboards.

As a bonus tip, the above rule also applies for finding chests and doubling the rewards found within. Yes, this game can be a bit strict like that, but there are ways to work around those challenges.

6. What’s The Deal With The Horizontal Brown Blocks?

One of the nastier challenges you may run into are the horizontal brown blocks, which stand out because you’ll have to crash into them twice in order for you to break them. You don’t need to worry if you see those brown blocks from underneath you, as you can work around this by quickly digging twice. But if they’re shaped horizontally, you’ll have to run back and forth through the row so that you can hit the block twice and break it. That might not sound like too much of a burden at first, but when you have to do it with monsters and traps getting in your way, you’ll understand how it can be very hard to deal with horizontal brown blocks.

This would be our collection of tips and tricks for Mine Blitz. Do you know any other tips for the game? Let us know in the comment section! 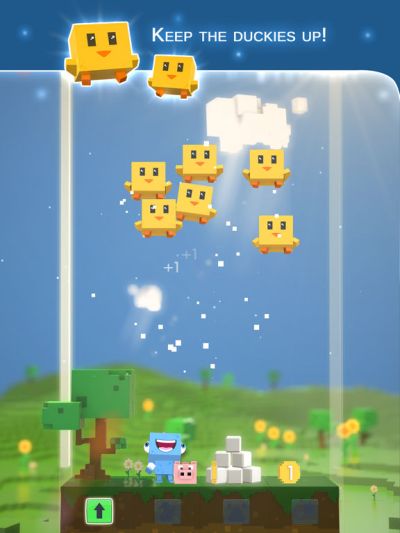 Previous
Keepy Ducky Tips, Tricks & Cheats: How to Get a High Score and Unlock More Goodies 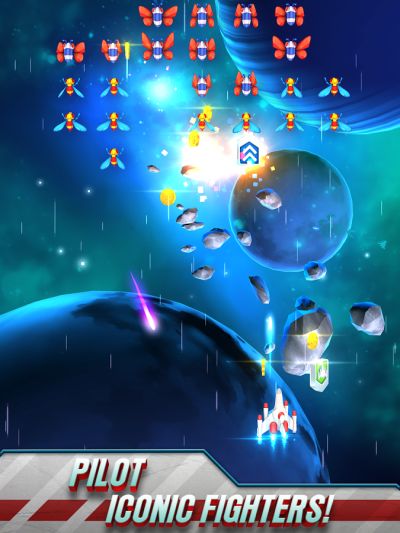