If survival games are your thing, LifeAfter may just be the game for you. NetEase has outdone itself and created the ultimate survival game in the form of LifeAfter for Android and iOS devices. The game combines several features of popular survival games and adds its own flavor. You will no longer be confined to just building a house on your own. You get to join camps and build entire communities together, which really makes more sense when you’re in a post-apocalyptic scenario.

The typical strategy is to work with other players and just try to survive. If you are feeling a bit competitive, however, you can invade other people’s camps and loot their homes. Keep in mind that raiding is for more advanced players of the game. If you are a beginner, you should first check out our LifeAfter ultimate guide for mastering the game. Once you are ready, you can proceed to our LifeAfter raiding guide for tips and tricks on how to raid manors!

Before you get ahead of yourself, make sure you understand first what raiding is about. As we mentioned earlier, raiding is when you attack other people’s homes and loot their items. Don’t feel too bad about taking other people’s stuff because they don’t actually lose those items. Just break into their manors, hide from the guards, and destroy all storage boxes and vaults in order to gain loot. 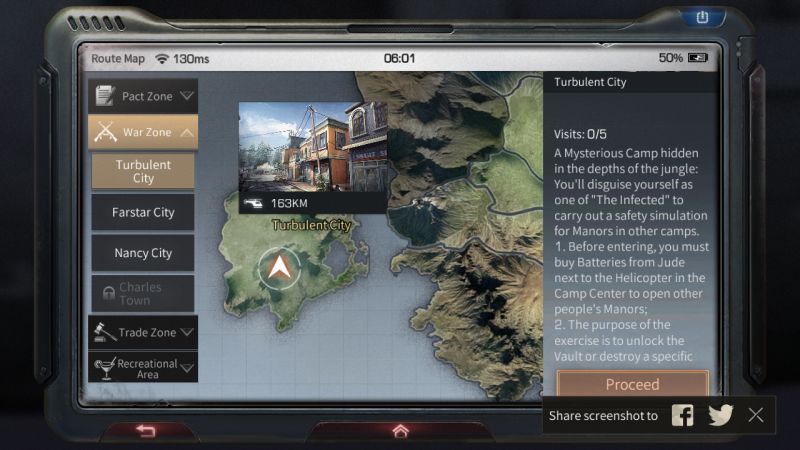 Keep in mind that the same can be done to your manor. You will be able to craft an assortment of items that can help you defend such as wall bombs and other traps. You can also build your manor in a way that would make it difficult for other players to successfully raid your manor. If you’re wondering what the point of defending your manor is if you don’t lose resources, you actually gain rewards for successfully repelling invaders.

2. How To Raid In LifeAfter

If you’re determined to loot and pillage other camps, you just need to head over to the nearest helicopter. Once you’re on the map menu, choose Turbulent City. This will drop you off at a random camp island. Check the location of all the manors and pick the ones you want to raid. If you are lucky, you will drop at an abandoned camp and you will be able to loot as much as you want without having to worry about getting caught.

One last thing you should do before heading out to raid is to look for Jude near the helicopter of your camp. She sells and assortment of items that can be used to successfully raid a manor. While it is entirely possible to raid without these items, it is usually a good idea to spend some Gold Bars to ensure the success of your raid. Don’t worry because you can sell the same items back to Jude if you end up not using them. The last thing you want is to spend all that time running around only to get stuck at a particularly stubborn lock. We recommend buying all of the items in Jude’s shop to make sure you are prepared for every scenario. Check out the list below to find out what each item is for. 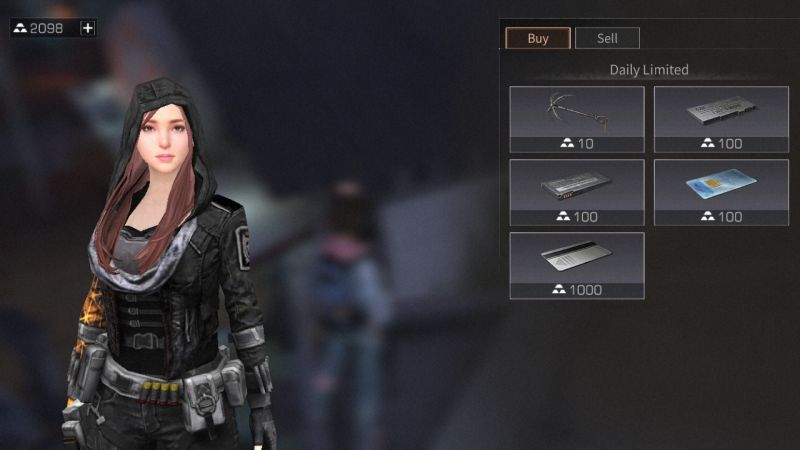 Climbing Rope – Use this to scale a manor like a ninja. Just open up your bag, tap on the rope, choose Gear, then aim at the roof of the manor you’re breaking into. It’s a cool way to avoid traps that are common in lower floors.

Manor Battery – This is an item that allows you to decode the security code of a manor’s gate. After you use it, the gate will open for a limited time, so make it quick. You may need to use multiple batteries per manor. Make sure you always have extra batteries with you.

Manor Detector Battery – As the name suggests, you can use this item to detect the value of the manor you are trying to get into. It will also give you the defense rating of the manor. If the defense rating is too high, you may want to try another house. The same is true for manors that have low value rating.

Mailbox Key – A lot of players leave resources in their mailbox unclaimed due to lack of storage space. You can use the key to break into the mailbox and steal whatever resources they left there.

Vault Key – Just like with the mailbox, if you encounter a vault inside a manor, you can use the key to open it and get what’s inside. 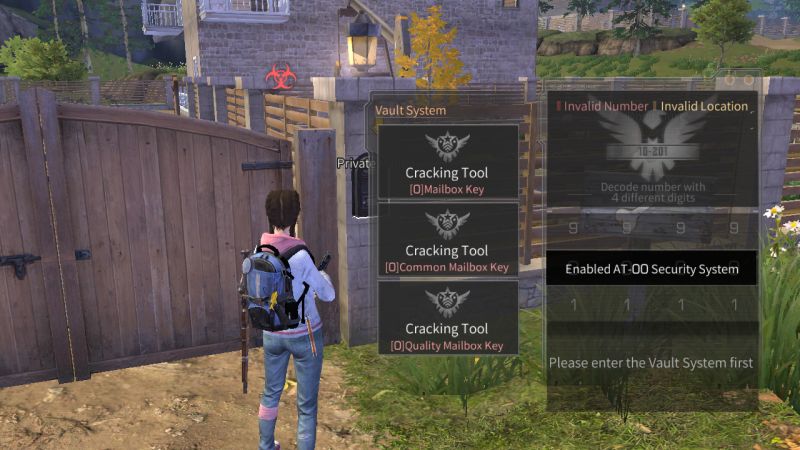 If you are trying to loot a mailbox or a vault, you can try to decode the password. Passwords are composed of four digits, and you will have to guess what it is. You can start off with whatever four-digit password you can think of. The number you entered will turn red if the number is wrong. It will turn green if it is correct. If the number is part of the password but is in the wrong position, it will turn yellow. Use these clues to figure out what the correct code is. You only have a maximum of four attempts. After that, you will no longer be able to try to guess the password.

Make sure you have a sturdy melee weapon with you when you go out to raid. You can use your gun, but that would be a waste of bullets and durability since you will be using it on inanimate objects that won’t fight back. You have the option to break the manor’s gate in order to avoid using batteries. Just be careful because you can get in trouble with the guards this way. 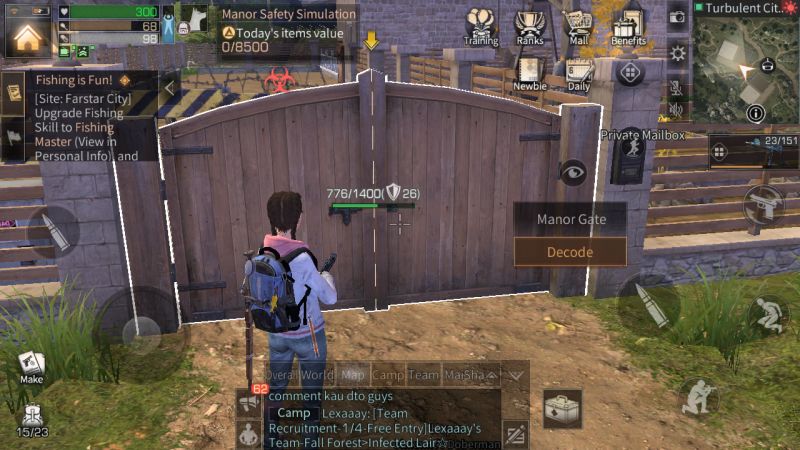 Once inside, you can wreak havoc by breaking every box you find. Players normally store resources in their cabinets, so break everything you see. If there are resources, a bag will drop, and you will be able to search. Grab all the loot that you want and move on to other stuff. If a manor has been abandoned for a long time, chances are the boxes will be empty. This is why you always need to have a Manor Detector Battery with you.

6. Watch Out For Guards

Aside from the traps that are set inside each manor, active camps usually leave guards to keep watch. If you get caught raiding, they are free to shoot at you and kill you. Don’t go charging into the first manor you find. Crouch down and check the surroundings for possible guards. If they look like they’re idle, you can kill them freely. You might not want to draw attention to yourself, though, until you have accounted for all the possible guards in the area.

Raiding is an exciting way to gather more resources in LifeAfter. Stick to the strategy guide above, so you raids don’t end up in failure!

When raiding if you die do you lose items

Why can't I kill other players. But they shoot me one time and I die

Can people on my friends list come and raid my manor, if they aren’t in my camp??

Yes they can do be careful who you’re friends with...