Hero Wars (Nexters) Music Over Strongford Event Guide: Everything You Need to Know

Nexters has been keeping adventure RPG players engaged with Hero Wars since years, which is available for iOS and Android devices alike. The company, which also launched titles such as Island Experiment, seems to have struck gold with this particular game, thanks to its extensive, yet manageable lineup of Heroes (close to 50 as of this writing), its various single-player and multiple game modes, and its comparatively simple, straightforward learning curve.

Indeed, Hero Wars is a game that won’t take long to get you hooked — and won’t take you long either to figure out. (You may, however, already know this if you’ve been playing for a while and reading the many guides we’ve written for this title.)

About a week and a half ago, Nexters launched the Music Over Strongford event — the latest holiday-themed special event that, as usual, promises tons of rewards for loyal Hero Wars players for the next several days. While there’s only less than a week remaining before the event wraps up, you may still have several chances to win those rewards, as well as unlock the latest addition to the game’s growing roster of Heroes.

So if you’re trying to maximize your winnings and increase your chances of unlocking the new Hero, check out this brand new Hero Wars guide, and read on — we’ve got everything there is to know about Music Over Strongford.

The real world has Coachella and Bonnaroo, among others, while the Dominion has Music Over Strongford. In the fictional world of Hero Wars, this is the year’s biggest musical event, and it features the talents of the in-game universe’s top musicians — Lian, whom you may be familiar with as she’s been in the game for quite some time, and Sebastian, who recently joined the game to make it an even four dozen Heroes.

Unfortunately, there have been some “problems” detected ahead of the event, and it’s up to you to help Lian and Sebastian solve them — and maybe convince them to join your team if you’re successful enough. Each of these Heroes have coins named in their likeness, and these will be the main reward you can gather in Music Over Strongford. Just tap on the Christmas tree on the right side of the Newsfeed button, and you’ll be taken to the event-specific menu.

As you’ll see in the event menu, there are two ways for you to earn Sebastian and Lian Coins. The first way is by completing the quests, which may run the gamut from fighting a certain number of Arena Battles, opening a given number of Tower or Outland Chests, using a couple hundred units of Energy, and so on.

These are simple tasks that can be completed by playing the game naturally, though it’s always good to take note of what’s being asked for in the quest — for completing these quests, you will earn 60 Coins for either one of the two featured Heroes, which isn’t much, but that will definitely add up as you keep on playing.

For all 14 days of Music Over Strongford, there will be one or two boss battles, which we shall explain in depth later on, but generally feature one round of 5-vs-5 combat against AI enemies. During days with one boss battle, you’ll have a chance to earn both Sebastian and Lian Coins, while days with two boss battles will allow you to separately win these Hero-centric coins in each battle, with 200 Skin Stones as a secondary reward.

Based on what we’ve observed, the battles where Sebastian Coins are at stake tend to be more difficult — this is likely because he’s a new Hero, while longtime players may have already unlocked Lian and promoted her a couple times through her Soul Stones, which are available in the Grand Arena Store.

There Are Seven Ways To Earn Winter Scrolls

Currently, the Music Over Strongford event has seven categories, which can be accessed by tapping on the checklist button on the upper right and tapping on the event name. Emerald Jingle awards Winter Scrolls based on the amount of Emeralds you spend — as this section rewards players who are willing to spend some real-life money, this is the quickest way to get a ton of scrolls sooner rather than later.

Next to that, Christmas Hymn gives you scrolls based on energy consumption — the best way to go through this (without buying 120 Energy with emeralds or using Bottled Energy) is to return to the game every three hours or so to redeem your free 60 Energy, and preferably start doing so while you’re within your technical Energy limit so that you can automatically regain the resource while waiting. Of course, the next thing to do after that would be to use that Energy and grind for items needed to promote your Heroes to the next tier!

Festive Rhythm, the third category out of seven, will allow you to earn Winter Scrolls for logging into the game for each day in the 14-day event. This is pretty simple and straightforward, though don’t expect too many scrolls due to how easy it is to log in, even for just a few seconds a day.

Aside from the first three categories, all the other categories in the checklist can be reset once you’ve completed the final requirement on the list — that sets things back to zero, though you definitely will not lose the Winter Scrolls you had previously earned. Keep on collecting Winter Scrolls for more chances to beat those bosses and buy more goodies — may it be special skins, rare items, or Sebastian and/or Lian Soul Stones!

For starters, the boss battles work similar to your average 5-vs-5 battle in various other modes of Hero Wars — you assemble a team of five Heroes, while the AI-controlled enemy team either fields their team of five, or features one super-powered boss, e.g. the Shavarakk, with no need for any other minions. There is only one round in the boss battles, unlike the three-round battles in Campaign, so there’s no need to worry about facing an even stronger team after you’ve done away with the first one.

If you’re the type of Hero Wars player who optimized their stable of Heroes with the “lean and mean” strategy in mind — focus on fewer characters and keep their levels close, if not equivalent to, your team level — you’ll probably do well in Music Over Strongford. The default level for each boss will always be equivalent to your team level, so if you level up through the Campaign stages, by completing quests, or both, you will automatically be facing tougher bosses the next time the event resets for the day and brings out new bosses for you to fight.

That said, it is very possible to defeat the bosses if, say, you’re at level 100 and your top Heroes are at level 90 to 95. If your overall team power is fairly close to that of the boss team, your choice of Heroes will arguably play more of a role in determining your victory than your raw numbers, so make sure you’re taking into account the enemy team makeup and choosing your Heroes accordingly. As such, this is one situation where you will definitely want to have closer to 10 or more Heroes at a fairly similar level to your team level.

For an example of a situation where your choice of Heroes may be more important than team power, you’ll want to have someone like Rufus as your tank if the enemy team is mostly composed of Mages — in other words, a team that largely utilizes Magic Damage when attacking.

And if the enemy team features Cornelius, who has one skill that curses a random enemy by reducing the effect of their first skill from the start of the battle until he dies, you may consider utilizing a weaker Hero (but not too weak) than the rest of the party, then restarting the battle (retreating, then replaying) until that weaker Hero is the one who is cursed. (This may also work if your designated “fall guy” is a Hero whose skills won’t be as relevant as the rest of your team when up against the enemy unit.)

As you’re probably aware, there are two Heroes that the Music Over Strongford event focuses on — Sebastian and Lian. Sebastian is the latest Hero to be added to the game — it appears that he’s No. 48, coming right after Martha and Andvari, while Lian is someone you’re likely familiar with. You can get her Soul Stones by purchasing them with Grand Arena Coins, and it takes just 30 to unlock her as a two-star Hero. So what does this mean for you in terms of the event?

That means you don’t need to spend your Lian Coins on upgrading her, if you previously unlocked her in the game. Sure, you can probably unlock her (if you haven’t yet) with your first 3,000 Lian Coins, since it’s so easy to earn them compared to Sebastian Coins. But otherwise, your best option is to use them to buy Gift Bags, which come with various types of gift boxes that could improve your existing Heroes in various ways.

Gift Bags can be purchased for Lian or Sebastian Coins (750 of each), and these may include at least two to three of the following — Runes/Potion Boxes, Artifact Boxes, Titan Boxes, or Skin/Outland Coin Boxes. Ideally, you should have an equal chance of earning each type of box, and we honestly cannot say if this is just us, or an actual valid observation. But the Titan Boxes seem to be the most common out of the four different types — do not fret, though, because all these boxes can be very useful, and it certainly won’t be everyday that the resources inside will be so easy to collect!

This may be separate from everything that’s going on in Music Over Strongford, but if you’re a paying player who wants to make the most out of the holidays, Hero Wars has ramped up on the offers. At the moment, there are seven Treasure of Dominion specials available, including one that costs $10 and comes with 4,500 Arena Coins and Highwayman Coins each, 5 million Gold, and 400 VIP Points.

Apart from that, Nexters has launched specials on Hero packages, offering seven of them at one point at $20 or $30 (depending on the package), with upward of 150 Soul Stones as well as resources for leveling up these specific Heroes. Recently, players had the option to get a huge value deal on $20 and $50 Emerald purchases by multiplying the amount of premium currency by four — instead of 2,600 for the $20 package, you would have gotten a whopping 10,400 Emeralds.

There are still a few days remaining, so who knows? We’re confident Nexters will make sure they end their holiday promotion/event with a bang, hence more offers to follow as the holiday season wraps up. 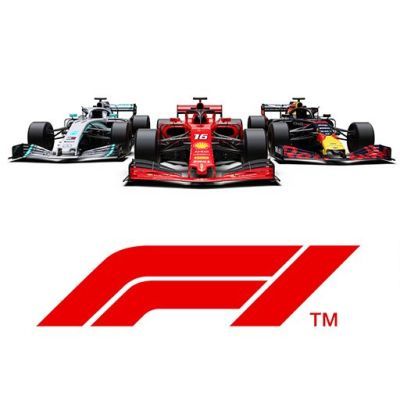 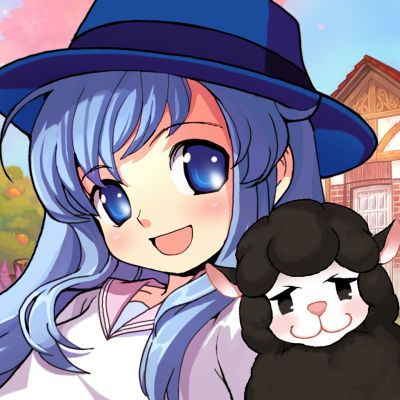