Harvest.io is a farming simulator that combines the relaxing feeling of driving a tractor through wide fields with mechanics that function like an updated version of the classic Snake game.
Azur Interactive Games, the studio behind Harvest.io, has also developed the likes of Stack Ball, a 3D arcade game, as well as Homo Evolution, a popular idle clicker. The studio has been an expert in creating games with colorful graphics and simple mechanics, and Harvest.io continues that trend.

Harvest.io is an entertaining pick-up-and-play game that will keep you hooked for hours. It may be too simple for players looking for intricate gameplay and very deep mechanics, but harvesting crops and unlocking fields is a very satisfying way of spending time. And we have come up with a Harvest.io guide, featuring tips, cheats and tricks to level up quickly and become the fastest farmer in the game!

In Harvest.io, players drive their tractors through fields to harvest crops, while avoiding crashing into other tractors and their own carts. The tractor is controlled by an on-screen button.

The game starts with players and three opponents placed at random spots on the field, and everyone starts harvesting by simply driving your tractor through the crops. The percentages that appear at the top of the screen show how much each player has harvested of the crops on the field.

However, your tractor will automatically swerve away from walls if you approach them head on, unlike in Snake where hitting walls causes you to lose the game.

Getting the highest percentage of the field’s crops and surviving within the 2-minute timer, however, is not required, as the goal of the game is to harvest as many carts of crops as you can in order to unlock the next field.

In Harvest.io, you can control your tractor through an on-screen button that appears wherever you place your thumb or finger. This is the only control scheme in the game, which makes things simple, but it also requires you to master it.

When starting out, you may find yourself confused at times with the controls because they are pretty sensitive. Turns can either be tight or wide, depending on where the tractor is facing when you issue the command. To gain better control of the tractor’s movements, you should place your thumb or finger near the center of the screen.

It is important to master the controls so that you don’t find yourself driving your tractor into parts of the field where there are no crops to harvest, or worse, into your own trail of carts.

Your tractor in Harvest.io should not be moving in straight lines most of the time. Instead, you should be swinging the button back and forth slightly so that you will be moving in wavy lines, which grants various benefits.

First and foremost, moving in such a manner harvests more resources, as you are able to pass through more rows of crops as you move along a certain direction compared with driving in a straight line.

In addition, this kind of movement shows you more of the field, so you will have a better idea of where there are crops waiting to be harvested, and where there are other tractors to either avoid them or try to make them crash.

There are certain cases when it would be better for you to move in a straight line, but that will be discussed in a later section.

However, whether moving in straight or wavy lines, you should never move too close to the edges of the field, as you never know when you’d need to double back the way that you came, such as due to the approach of another tractor. You need to leave some space for your tractor to pass along the edge of the field as a back-up plan.

4. Steal Crops From Other Tractors

You can acquire crops in two ways, either from harvesting them from the field yourself, or by picking up the carts left behind by other tractors that have crashed. You can make that happen by cutting off the movement of other tractors to force them to crash into your trail of carts.

One of the most effective ways of making other tractors crash is to move in parallel with them when they are along the edge of the field. This is one of the instances when you want to move in a straight line, as you want your tractor to keep up with the other tractor, for the purpose of forcing it to crash into your tractor once you approach a corner.

You should also be aware of where your trail is, and when you see another tractor moving into it, you can try to close the loop to trap that other tractor and force a crash.

However, while it is always very tempting to try to claim the other tractors’ carts, you should only try to force them to crash into you when the opportunity presents itself. Your primary plan should still remain acquiring crops by harvesting them, as that gives you more crops in the long run compared with missing a few times to take out other tractors, or worse, making a mistake and crashing yourself.

There is also a good chance that the other tractors will crash by themselves, especially when your trail starts to get long. This is another reason why you should focus more on harvesting crops than stealing them from other tractors, though you should still always be on the lookout for carts of crops that are waiting to be picked up.

When starting out on a new field, there should be no preference on what crop you will harvest. You should just acquire as much as you can of each crop, preferably always moving to untouched spots with no other tractors in sight. 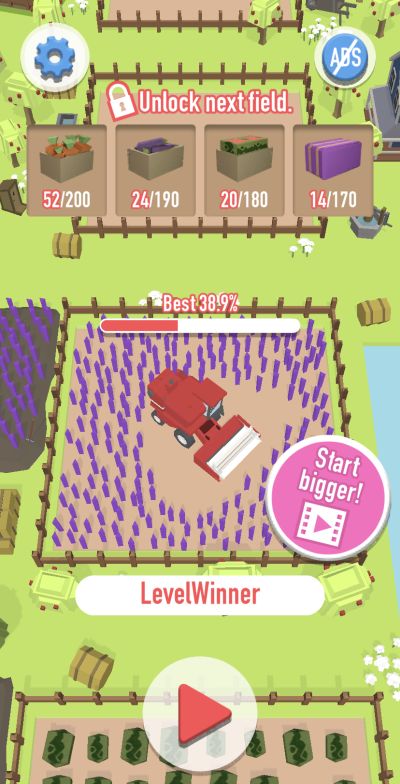 However, as the acquired crops for the field fills up, as indicated in the game’s home screen, you should take note which of the crops you need to harvest more. You will have to keep an eye out on the field for the crops that you need.

Once you have enough of a certain crop, according to the home screen, you should avoid harvesting more of that crop for that field as the game will no longer register them. Instead of wasting time on those crops, you should focus on the crops that you need to advance to the next field.

Harvest.io is an ad-supported game, and while there are times that they may feel like a nuisance, taking the time to watch these 30-second ads will be very helpful in progressing through the fields. 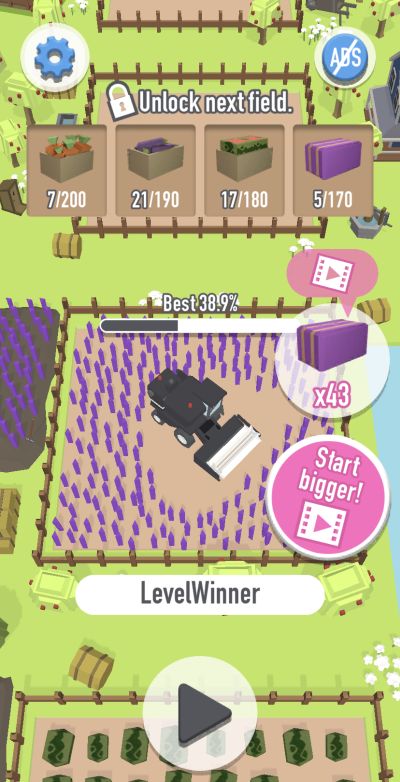 First and foremost, the game will sometimes display free crops in the home screen, for a random number of one of the crops that you need to collect in your current field in exchange for watching an ad. This is why you should evenly harvest crops among the different types in each field, as it will be a waste to acquire these free crops for a type that you already have a lot of, or possibly when you already have enough.

There is also an option to watch an ad to make your tractor’s harvester bigger as soon as you start the game, which is a perk that you normally get after you grow your trail of carts to a certain length. Needless to say, having a bigger harvester right away is a very valuable boost, so you should watch the ad to activate it as often as you can when starting a game.

When you crash, there will be an option to revive your tractor and jump back into the game by watching another ad. If you accept, you will return to the field with the same length of carts that you have accumulated, so you will still have the capability to use your trail to take out other tractors.

Last but not the least, at the end of each match, you will be offered the chance to watch an ad to double the crops that you have collected. This is particularly lucrative for the games where you were able to harvest a good percentage of the crops on the field, and another reason why you should spread out the types of crops that you harvest as this will get you closer to reaching the targets to unlock the next field.

All that said, you will still be able to enjoy Harvest.io even if you don’t watch a single ad. While it will quicken your progress, watching ads is not a requirement, so there remains an option to skip them and take on the challenge of unlocking all the fields without any help. Whether you have time to watch all the ads or not, the important thing is that you enjoy Harvest.io.

And this ends our guide for Harvest.io. If you happen to know additional tips or tricks for the game, feel free to let us know in the comment section! 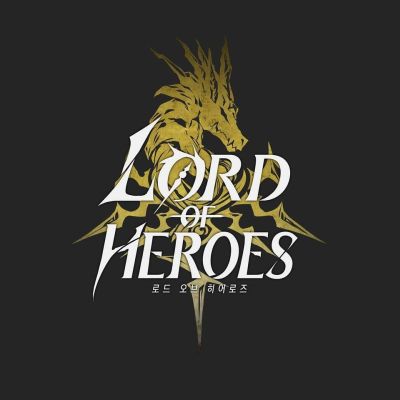 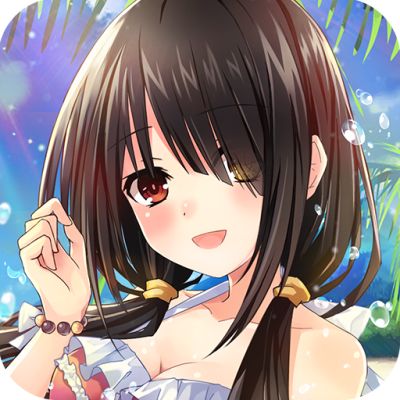 Next
Date A Live: Spirit Pledge Spirit Maximization Guide: Everything You Need to Know
Click here to cancel reply.

Yea what's up with that? I wanna keep going, but no targets no accumulation and no moving forward. 😕

There is no way to get to level 50. I don't mean that it's too difficult to get to level 50, I mean that there is either a bug where there are no accumulation targets to fulfill in order to unlock the next field, or perhaps there just isn't a level 50, so it's s on purpose that you can't accumlate to move on. Same thing happened on 2 phones.