Obok Aidem’s Green the Planet 2 is the sequel to the original Green the Planet, an Android and iOS game where your objective is to make the planet green once again by “traveling through the universe and changing it to be a comfortable place to live.” This “Green Style” involves the use of various tools and instruments, including different Comet Decomposers – according to the game description, there are some all-new types available, joining more classic weapons such as cannons, missiles, and lasers. This would all allow you to make the planet green once again, but are you up to the task, and are you up to the challenges that come with your quest to do this? 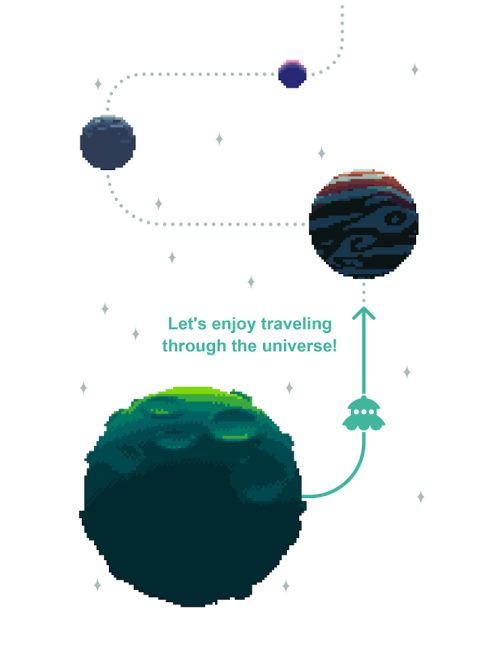 It might sound like something easy to do, as this game presents itself as an arcade-style title. But there are some aspects that may throw you off if this is your first time playing the game, or your first time playing anything in the Green the Planet series. But we can help you clean things up and learn the secret to proper Green Style. Read these Green the Planet 2 tips and tricks, and you’ll be a master of the game’s so-called Green Style in no time.

1. Which Weapon Is Better?

The game gives you a lot of different weapon types to choose from. As we mentioned in the game overview, you’ve got cannons, lasers, and missiles serving as your more conventional tools for greening things up, although there are also charge shots and reflection shots that can come in handy on many an occasion. Generally speaking, the laser and charge shot are the best types of weapons when decomposing comets – you will have to decompose comets, after all, in order to make the planet green. Lasers shoot right through the comets, and do a lot of damage, and are probably best-used if you’re a relative beginner. Charge shots are even more powerful, but best-used by more experienced players, as it can be much harder to aim them than the other available weapons.

2. What Happens When You Green A Planet? 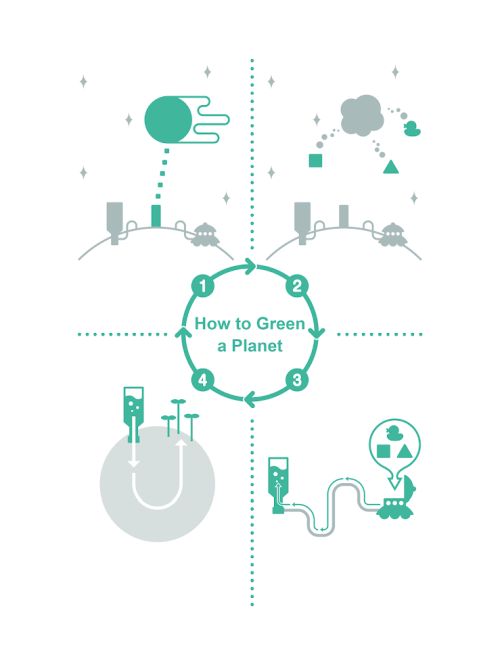 In Green the Planet 2, you will be given rewards if you are able to completely green up a planet. You will also be allowed to move on to the next planet, and will get projectiles, which can be combined together to form a new weapon and unlock it. These new weapons cannot be purchased in the store, so you can consider this process as being similar to the crafting mechanic found in many RPGs. Head to the shop menu, and look at the bottom of the screen – you’ll see an icon that points to the right. After tapping on that icon, you can fuse weapon parts together and “craft” them into a new weapon if you’ve got all the materials required.

Upgrading your items is also very important in this game, though we’re not necessarily referring to your weapons here. In order to come upon rarer comets, you’ll have to upgrade the detection rate and speed; this also helps in increasing the number of comets that appear, and therefore makes it easier for you to green the planet, as the game’s title says. You’ll know rare comets when you see small sparkles on them, and when you destroy them, they’ll emit a much greater amount of E than other comets of the same size. Use the radar to detect comets before they appear, even if they’re among the bigger ones that could take a while to decompose.

4. Don’t Worry If You Can’t Keep Up With The Comet Fragments 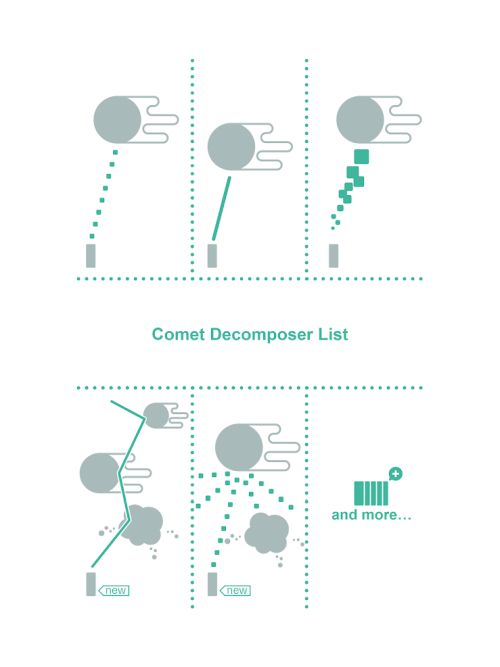 If radar detection is particularly high, you might have a hard time catching up with the game and spotting all the comet fragments so you can destroy them. But those fragments won’t disappear, and you can still decompose them once they fly right back around. If you still aren’t getting any fragments, there’s no need to panic either – you can simply let the game sit, or close the app and reopen it at a later time, hopefully with more fragments to decompose once you return.

5. Check Out The Records Database

The icon pointing to the left of the shop menu will allow you to view some very helpful information in the records database. Once you’re viewing that database, you will see a list of all planets, comet fragments, and other items you may have encountered in the game. You’ll also see the amount of E corresponding to each comet fragment, which can indeed be quite useful.

And that’s all there’s to it! If you happen to know more tips or tricks for the game, that we haven’t included in this guide, feel free to let us know!

I personaly think that the best fusion is the laser and the seeker missle or missle for short, it takes a lot to charge but when you hold it as much as you can... holy sh#$ that gets overpowered

A while ago I tried to find out exactly how much it costs to green a planet and it costed about 61,000,000 E to finish a planet from 0% to 100% when I tried and I'm curious to know if the cost scales as you progress, and I also would like to know if when you move to the next planet you get all the E you spent on the turret upgrades and if its not 100% what % is it.

how do you get the chain electric fusion ?

@mar, You fuse the homing and laser to get it

What is the best weapon out of all the weapons, including the fusion weapons? So far I have still found the charger to be the best. Although, if you can get the projectile charger early on, it can get you through the early levels very quickly. But once you are on the more difficult levels, I haven't found any better than the charger. But I still haven't tried them all 21 yet. And there may be more

it's very easy to green a planet.