Garfield: My BIG FAT Diet Tips, Cheats & Guide: How to Help Garfield Cheat on His Diet

Not too long ago, we featured a mobile title called Fit the Fat 2, a game where the goal is to help your overweight friend get slim through a regimen of healthy eating and exercise. Garfield: My BIG FAT Diet offers the exact opposite concept, and as you can see, it’s based on a very popular comic strip and cartoon character. This is a new mobile game from Crazylabs, where the premise is quite an interesting one – Garfield the cat is hungry for some of his favorite food (lasagna, of course), but can’t quite get his paws on any, as his owner Jon Arbuckle has put him on a diet and won’t let him eat this favorite treat. With Jon closely monitoring Garfield, the cat has teamed up with Cheating Tom, the notorious cheater of mobile gaming fame, and your goal would now be to hit all the top junk food joints in America, as you help Garfield cheat on his diet without getting busted.

As we hinted at above, you should treat this game as the Bizarro version of Fit the Fat. While the latter game’s goal is to help a friend get healthy, your goal here is to help a cat cheat on his diet in whichever way possible. So how can you cheat without getting caught? Read on, as we now present to you our list of tips and tricks in this Garfield: My BIG FAT Diet strategy guide.

1. Use Your Coins To Upgrade Your Power-Ups

Why should you be spending your coins on upgrading your power-ups? First off, let’s talk about some of the things you can buy with them – Lunch Boxes, Tom Tokens, and hearts. It’s often not a good idea to buy the lunch box as it already comes with coins and Tom Tokens, but if you’re lucky, you might get 250,000 coins as a prize. Buying Tom Tokens isn’t advisable either, as the Odie (the dog) power-up helps in a similar way; both Tom and Odie work by distracting customers. Hearts, on the other hand, are a no-brainer as far as do-not-buy items go. They regenerate automatically, so you’ll just have to be patient and not purchase new hearts while waiting. Really, it’s all about power-up upgrades here, so make that your main priority when spending coins, followed by giving the lunch box a go from time to time.

The power-ups in Garfield: My BIG FAT Diet are actually characters that do something on your behalf once they’re activated; that’s why it’s so important to upgrade them as often as you could. Time Freeze stops the in-game clock for a few seconds, Pookie prevents any of the customers from getting angry with you, again for a limited period of time, while Invisibility prevents you from being spotted by Artie. Odie works by distracting Artie briefly, and Super Cat speeds up your pace of eating twofold. That’s a total of five power-ups which you can use at any given time in the game, and we advise you to try them all out for yourself to see which power-up is most useful for your needs.

3. How To Throw Off Jon And Get Him Away From You

Anger Loops are the key to distracting Jon and preventing him from finding out about your junk food shenanigans. You can use these “loops” to infuriate customers, and cause Jon to look for the customer to try to appease them. So how do you create one? Simply by making multiple patrons who are seated far apart from each other get angry at the same time. No, it might not sound too simple at first, but with a little practice, you can get it – make someone angry in one corner, then head to a faraway customer away from Jon’s line of sight just as he’s getting ready to calm down the first customer. This would reset his field of vision if you work fast enough, and allow you to get past him more often than not, stealing food from customers but not getting caught by anyone.

4. Every Customer Has Their Own Personality

The different customers, or patrons, in this game have their own special quirks that set them apart from each other. It’s not just their appearance or anything cosmetic, as they all act in different ways toward certain situations. Let’s look at them from the youngest to the oldest.

There’s nothing much to the young blonde kid, who will give you food and get angry at the default, average rate. But the young lady is someone you’ll want to go to if you need food fast; she’ll serve you twice at a rather quick pace, though the catch here is that she won’t have any food once she gives you those two dishes. Return to her the moment she has more food.

The middle-aged men should be watched out for when it comes to their patience threshold. They do give you food at a normal pace, but they’ll get angry after you ask for more than a dish. The ones wearing business suits will serve you food and get angry at a normal pace, while the bum-looking ones with tattered sleeves will be annoyed from the get-go; asking them for even one dish would make them mad! We’d say it’s best you try dealing with the middle-aged men once you’ve got Pookie activated as a power-up.

Lastly, the old lady will serve you at a considerably slower pace due to her age, but fortunately for you, each dish will have effectively twice the impact on Garfield. She is also more patient than the other patrons, as she won’t get mad unless you’ve asked for at least four dishes. Once you’ve reached that limit of four, you can go beyond this if you have an Odie or Super Cat power-up. That will allow you to keep getting food from the old lady even if she is annoyed with you.

5. Watch Videos After Getting A Lunch Box

Going back to the lunch boxes for a bit, these would cost you 2,500 coins each, and a lot of them come with more than just 2,500 coins inside, thus making your investment worth it if that happens. (You’ll still want to focus more on power-ups, though.) Should you get a tidy profit from buying a lunch box, you can watch an ad video and get double your lunch box prize instead of just an ordinary one. This is a good way to make lunchboxes worth the purchase, but it’s still a gamble at the end of the day.

The game allows you to unlock a variety of outfits for Garfield, but these outfits do more than just make him look different in cosmetic terms; they could give him a coin bonus on top of the coins you earn by completing the levels. You can buy most of those outfits at the in-app store, but there are a few which would require you to have so many units of a given item. For instance, collecting 250 pairs of sunglasses would allow you to unlock the OGG, which works by giving you twice the gold, compared to what you get when you normally play the levels.

And this completes our guide for Garfield: My BIG FAT diet. If you know other hints for the game, leave us a message in the comment section! 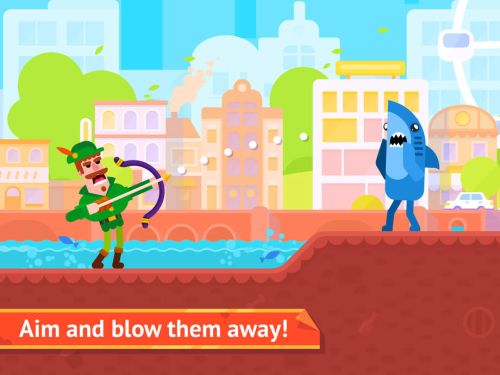 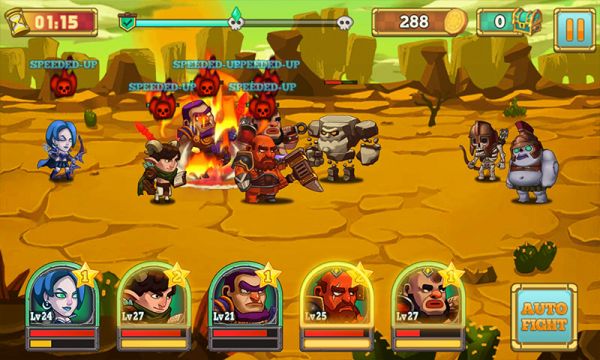