Bowmasters is an immersive iOS-only game from Playgendary that slots into the casual genre, as it’s a cartoonish twist on, well, the world-famous game with bowmen. This is an aim-and-shoot game where you can choose from up to 30 insane characters from various dimensions, 31 different weapons that promise awesome fatalities with rag-doll physics, a variety of different game modes where you can shoot birds, shoot fruits, or defeat virtual enemies (or your own friends), and get money as a reward. There are endless rewards awaiting you in this game, and just in case you missed it the first time, characters and weapons for you to unlock and collect.

All the crazy weapons and characters may make this a fun game that’s good for a simple, yet addictive diversion. But how do you succeed in this game? How can you perfect your aim and time your shots the right way so you can beat more opponents? We’d like to help you out with that, which is why we are now bringing you a list of Bowmasters tips and tricks. These are general strategies that you can refer to anytime you’re having trouble pushing forward, so with that said, let’s get to the tips.

1. Precise Angle And Power Is The Name Of The Game

Bowmasters, despite its casual setup, is a game that tests your ability to make a picture-perfect, 100 percent accurate shot. But how do you ensure that every shot you take is the best one possible? Well, the first thing you should do is to remember the power and angle you had used, so you can calculate where the next shot will drop. The game’s physics are a key driving factor in the mechanics, so you’ll need to learn how to make the right adjustments. For example, you can reduce the power or lower the angle, or tweak both of those variables if your shot flew right above the head of your opponent. This appears to be by design, but the game doesn’t log the angle and power you used on your previous shots; that’s where the challenge lies, so go around this by taking mental notes, or probably writing things down on paper or on your PC’s Notepad or any similar app.

Next up, we shall be talking about the various weapons available in the game, and what’s in it for you should you decide to use them. Take note that the game has more than 30 weapons, and each of them is truly unique from each other; this isn’t a case of the weapons performing the same but merely looking different depending on the character who uses them. So with that out of the way, let’s talk normal projectiles for starters.

Normal projectiles, e.g. Robin’s arrow, Julius’ spear, etc., are the classical projectiles, so to say. There are no special physics laws or principles to tweak their trajectory, as they fly straight ahead. These are narrow-shaped projectiles that are difficult to hit due to that characteristic of their design, but on the plus side, they provide the most headshot damage among all the weapon types. Use these projectiles if you’ve gotten your accuracy up to a solid level.

Circular projectiles are obviously shaped like a circle, and rotate once they are launch. Examples include Arnold’s tomahawk and Terrance’s chainsaw, though there are a few others in this game. As they are heavy objects, they don’t move quickly when thrown, but their advantage is that it’s easier for most players to score a hit when using them. Don’t let the mention of the word “chainsaw” above fool you, as damage inflicted by circular projectiles isn’t as high as it is from the straight ones. You will, however, want to give the circular items a try if your accuracy is on the poor side.

What do we mean by “special” projectiles? The game calls them special as these combine the characteristics of straight and narrow and circular, rotating projectiles, but also come with their own special abilities. Tap on the projectile while in flight in order to launch a special ability; examples of these include the magic card of Ron Etienne and the Gamepad of Kacey Twitch. For the former, the card disintegrates into five smaller ones, and can be used as a good weapon for splash damage. And for the latter, you’ll be launching an electrical field around the Gamepad, which could still cause some substantial damage against your opponent even if it doesn’t come in contact with them.

5. Experiment With All Weapon Types

Now that we’ve explained what each weapon type does while you’re in battle, we should also suggest that you use each of the three weapon types and try them out for yourselves. And don’t just stick with one weapon per type; as long as you keep unlocking characters and weapons, test them in battle until you find one that works for you the best. There’s no real “best” character or weapon here, as it all depends on your play style and what’s most effective for you. Also work around your strengths and weaknesses, i.e. choosing a circular weapon if your accuracy leaves something to be desired.

Need a quick and easy way to get more coins? Try playing the bird hunt. This is a mini-game where you fire at flying birds and try to take down as many of them as possible. If you get 15 birds or more, you’ll typically get a bonus of about 300 coins for your efforts. But since that can be quite hard to pull off, we suggest grabbing all the time power-ups you see in the hunt, as that would add to your time remaining and allow you more chances to shoot more birds.

Alternately, you can earn coins in the apple shooting mini-game, though this tends to be really hard once you’ve reached three good shots. 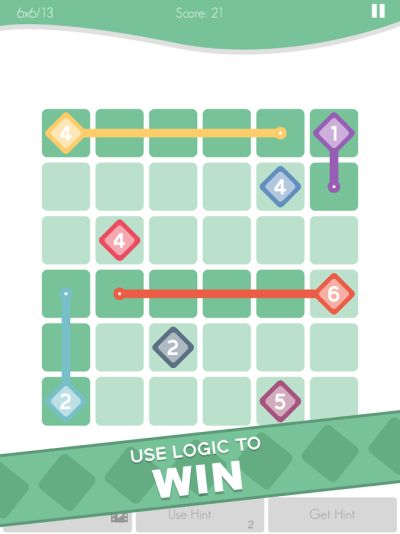 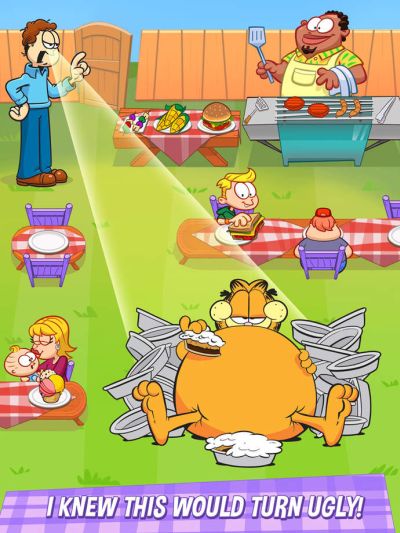 Next
Garfield: My BIG FAT Diet Tips, Cheats & Guide: How to Help Garfield Cheat on His Diet
Click here to cancel reply.