NetEase’s mobile game Eclipse Isle continues to grow strong as a unique battle royale game that offers a great mix of MOBA elements into it. In just a little over a week, the game has already been downloaded more than 500 thousand times from the Google Play Store alone and the overall reviews from users are still largely positive. With an expansive array of unique characters to unlock coupled with gears and costumes you can collect to customize your favorite heroes. There is a lot of things to look forward to as you spend more time in the game.

Unlocking everything will definitely take a lot of time and effort and some heroes are still locked behind a premium currency you cannot obtain without spending money. Despite that, it may still happen that heroes and other items and accessories currently obtainable through spending gems may beco0me available for star coins later on.

Despite the seemingly long and hard grind required for free players to accomplish before being able to afford unlocking new characters, engaging in battle royale and earning star coins as well as other resources is the core of what makes Eclipse Isle fun and engaging. Considering as well that there are no limitations as to how much you can spend on the game engaging in one match after another, your time and dedication to the game stands as the only barriers towards earning resources you need to progress fast in the game. 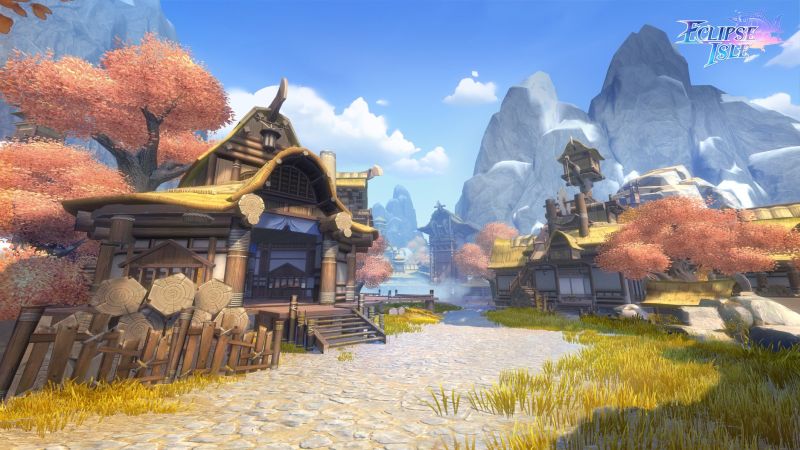 If you have just started playing Eclipse Isle and still need help with the basics, be sure to read our beginner’s guide as it provides tips, tricks and strategies to help you get started on the right foot. In this Eclipse Isle farming guide, we will focus on how to earn each available resource more efficiently.

Farming for resources in Eclipse Isle certainly revolves around spending time within the arena engaging in battles. Truthfully enough, though, the rewards you receive at the end of each match, both in terms of experience points and star coins are based on overall performance. There are no unique rewards or solid advantages dependent on whether you play solo, duo, or squad so when it comes to the means by which you want to farm for the most basic resources, choose the mode that you are most comfortable with.

If you feel like you can do better on your own, then go solo, but if you have friends you can count on, then you might as well spam on the squad mode. It won’t be all about grinding blindly into each battle without an assurance of what you will earn at the end of each match. If you need to farm resources more efficiently than the usual grind, then read on through as we present simple tips and strategies to help you farm better.

Before you start entering matches as you play Eclipse Isle, the first thing you should do is check the Daily Missions. Star Coins and Crystals are rewards you can commonly gain here so be sure to read through each objective and device a plan of action on how to accomplish all of them more conveniently. Take note that some of the objectives to accomplish in the list can be consecutively pursued within one match. Some, however, may take you a bit off your general strategy and play style so keep an open mind that while in the pursuit of completing daily missions, you may not perform as well on the match.

For one, if you are not playing with friends or guildmates, then you may want to join in on each battle solo first. As a member of a team or a full squad, pushing to progress mission objectives such as defeating Razortooths or other monsters may not be in the best interest of your teammates. Likewise, given that some daily missions require you to play as a specific hero, it may become an added challenge for you as well as your teammates if you are not able to nab the character you need to play in the selection screen or perform less efficiently with it in team play. Considering everything, be sure to segregate objectives in matches you play. It’s either you are going for victory or a good rank and earn more star coins and experience points from it or pursue a daily mission objective and be a step closer to earning free star coins and crystals.

On top of the daily missions you can accomplish, there are quests in Eclipse Isle that reflect you overall progress in the game. You will notice these tasks at the left side of your screen two at a time and once you complete one, another takes its place. You can also access these quests through the mission icon at the lower right side on your screen under the “Progress” tab. These quests are a great source of unique rewards that span from star coins, crystals, shards, or a combination or mixture of it as well as unique rewards.

The main quests in Eclipse Isle are not just there as your source of extra rewards to boost your progress. These quests serve as your guide to raise your level and rank and progress through the game. Tasks you will need to complete relative to the main quests may take time to complete such as reaching a certain level or upgrading to a certain rank. Be sure to consider incorporating the completion of these objectives as you engage in each match would contribute greatly to earning a lot of resources quicker.

3. Choose An Active Guild To Be A Part Of

As a means of securing more people to play with above everything else, your guild, which includes all its members should be your priority in selecting players to form squads with. If you have real-life or in-game friends in the game, you should consider being in the same guild as they are if you enjoy playing with them. Although it is not necessary to be in a guild for you to play Eclipse Isle, the numerous perks it presents should not be ignored as it is practically a prerequisite to earning more star coins and experience points to boost your progress in the game.

For starters, simply signing in on the guild each day earns you free star coins as well as activity points for the guild. As soon as you join a guild additional quests will become available and you can find a “guild” tab within the mission menu for objectives you need to accomplish for extra star coins and activity points. Each battle you engage in contributes to earning activity points and the better you do in each match, the more rewards you will earn. Be sure to consider engaging in matches with your guildmates as well as this will earn you more rewards. Activity points that each guild member earns from engaging in matches are directly converted into experience points to level up the guild and levevlling up the guild is almost a beneficial as levelling up your own account.

While the cap of 30,000 for guild experience points per week should be relatively easy to reach for guilds that initially can hold 90 members, it may be a bit of a challenge if there are not enough active members in it. As guild level determines rewards each member earns from the guild, it is important for you to always be watchful of how active your guild is as much as you should push yourself from partaking in actively contributing.

On top of the weekly star coin rewards, the guild level will also determine how much boost you will receive for each match in terms of the star coin rewards and the experience points you gain. If you cannot see your guild having that many active guild members, then you may very well look for another one. Leaving a guild has a penalty of not being able to join a new one in an hour. Additionally, it may be difficult to land on a more active guild. Consider communicating with in-game friends from different guilds as well to have more sources as to which guilds better suit your preferences as well as your activity.

Be sure to always check the events listed within the Event Hall that you can access at the upper right corner of your screen. While some in-game events actually apply to players who spend real money to top-up their accounts, there are events that reward you with free star coins, shards, crystals, or even heroes just by signing in on the game daily. The Event Hall has multiple tabs so be sure to check on each one of them for quick and easy rewards.

There is a feature in Eclipse Isle that grants you 200 star coins for sharing screenshots of your game on either Twitter or Facebook. 200 star coins may not seem much but if you are very much inclined to farm as much of each resource as you can, then this is an opportunity that you cannot set aside. In addition to this daily incentive, there are events as well that offer crystals as well as unique rewrads for sharing Eclipse Isle on either social media networks.

These are all the tips and tricks we have come up with for our Eclipse Isle farming guide. We hope that you picked up a lot of learnings from the tips and strategies we shared and that you also enjoyed reading our short guide. If you discover equally efficient or even better means of racking up star coins, crystals, and other resources, be sure to share them with us in the comment section!