Echo of Phantoms is an exciting new MMORPG developed by Gaea Mobile, and it is inspired by the Classics of Mountain and Seas. The game features beautiful oriental aesthetics, and mixes various mythological figures to bring an interesting story. We have published an Echo of Phantoms beginner’s guide a while ago, with tips, cheats and strategies for those who are getting started in the game.

There are six different classes in Echo of Phantoms, and they are all finely tuned to make sure every one of them is useful in a party. However, when you are clearing the game by yourself, what will make the difference is mostly dictated by your class of choice, and what companions work best with your characters. So without further ado, we are presenting you our Echo of Phantoms class guide, showcasing the best characters for clearing the PVE content. 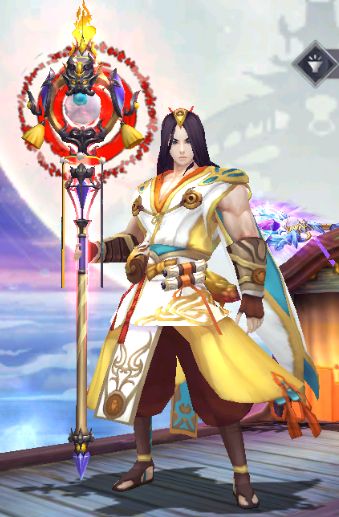 Elementalists are the classic mage class focused on damage of RPGs. All they do is deal damage. Massive amounts of it. Their main spell is Frost Dragon, a spell that hits 5 enemies at once dealing magic damage to all of them. Ice Spike is great when combined with Crowd Control spells such as Elementalist’s Deep Lock, as it deals extra damage to targets affected by CC. Elementalists can also help out their teammates: Deity Blessing uses the power of water to remove CC effects from a party member, which is very useful against certain spells such as [da aggiungere], while Thunder Frenzy gives Fury to all party members, which increases everyone’s crit rate.

Lastly, Manifestations deals incredible amounts of Magic Damage to all enemies, but comes with a price, as then the Elementalist will be affected by the Rest status, making them unable to perform any action except for Defending themselves or summoning, you can only cast this spell from the 3rd turn of the fight. Elementalists are great because they work in any lineup thanks to their versatility and the damage they bring to the table; they work well with any other characters.

Excellent companions for an Elementalist are White Night and Hong Xiu, the former can status enemies with his Freeze spell, making them unable to use any ability, while Hong Xiu debuffs enemies lowering their Magic Defense. As with any offensive character, heals are always welcome, so you will want to have a Curist on your team, but there’s no choice that is obviously superior to the others, any of Jiguang, Zhu Yingtai, Qingluan or Ji Kang are fine mates. 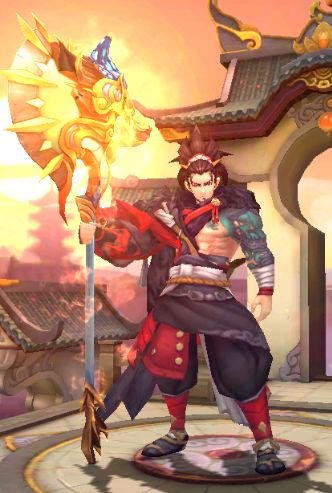 The typical Fighter class of RPGs, Rangers are all about physical DPS. Swipe attacks 3 enemies simultaneously, Hawk Strike deals damage to a single enemy, and then if said enemy is under the effect of control effects, it deals additional damage. God Slayer attacks a single enemy 3 times, causing the Rest effect to the Ranger afterwards, making him unable to perform offensive moves, so it is better used to finish off weakened enemies, especially if you have unlocked the Thunder Token for it, as it will ignore 50% of the enemy’s physical defense when the attack is performed, making it deal crazy amounts of damage.

Dragon Command is both a buff and a damage dealing skill, improving the Speed of the ranger while dealing physical damage to an enemy. Meteor Speed makes the Ranger immune to CC effects while boosting their Attack and Speed, this spell can only be cast from the 4th turn of the fight.

Lastly, Hidden Dragon deals massive damage to all enemies, but there’s a catch: the less enemies it hits the more damage it deals, so it’s better after you’ve already dealt with a couple enemies, as hitting 2-3 enemies gives the best damage output for the skill. Rangers are more durable than Elementalists, so they pair best with Curist and Mahoists, as their support and healing spells make sure you can win any engagement. 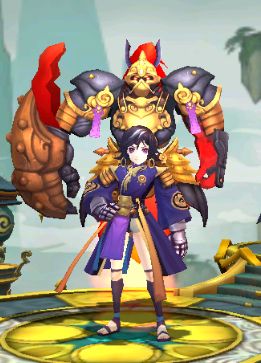 Mohists are Rangers that place more emphasis on supporting their allies rather than on raw damage. Mohists’ spells are based on their own Hit Points, and they have access to powerful self-healing too.

Annihilation Shoot is a single target attack that deals more damage the more Hit Points you have, while Mohist Sword is the standard AoE attack that deals damage to 3 enemies, the only interesting thing about this skill is when you unlock the Thunder Token for it, as it will make it only attack 2 enemies, but increase its damage output, and turn it into true damage, effectively ignoring the targets’ physical and magical defense. All of these traits might make you wonder why they aren’t higher on the list, as these two spells are already insanely powerful with the correct Tokens. The problem is that the rest of their kit is all about supporting, which is great, but it isn’t as helpful in clearing the solo content.

Mercy is a heal that works for 3 consecutive turns, Benevolence increases physical and magical attack of 4 party members, and can be changed with the Water Token to turn into a shield that reduces all incoming damage and also reduces the chance of taking a critical hit by 100%. Sky Uphold is a very interesting spell that makes all allies immune to lethal damage for 2 turns, and also restores some hit points. Divine Armor is as boring as it gets for such an high level ability, reducing the damage an ally takes for 1 turn. Mohists are a great addition to any party, as all of their spells have some use, but they are not very helpful when it comes to solo gameplay. 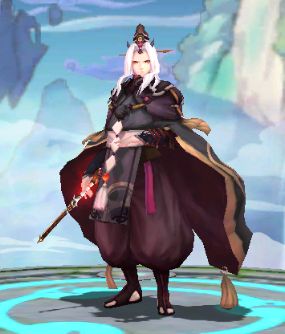 Scholars are support mages whose focus is on debuffs. Their Nether Lord spells deals damage to 4 enemies and also curses them, making them lose additional hit points at the end of each turn, this spell is particularly strong when paired with the respective Water Token buff, increasing all damage taken by cursed enemies.

Snake Tongue, the single target attack, also curses the enemies it hits, and it is a particularly unremarkable spell. Balancing is the signature spell of the Scholars, as it allows them to reduce all healing taken by the enemies it hits, and it is by far the best spell the Scholars can use against a lot of lineups, since healing in this game is so strong. Yin-Yang spell only hits 1 enemy, but it makes him completely unable to get healed, which means this spell is very valuable against low health targets you need to get rid of quickly.

The basic version Unpredictable is pretty bad, as it puts you into Rest while only dealing a mild amount of damage, it only starts getting good when you unlock the Thunder Token for it. The same goes for Soul Chaser, do not use it unless you have the Fire Token unlocked for it, and you hit a cursed enemy with it, as that will deal massive amounts of damage. It is not very useful otherwise. 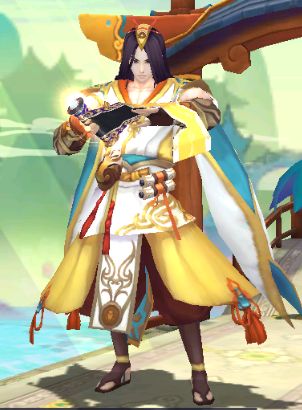 Acolytes, much like Scholars, are support mages, except they focus on disabling and crowd controlling enemies. Interlinked Chain is a great spell that entangles an enemy, and that can inflict a chained effect for 3 turns, meaning that the target cannot cast any spell for 3 turns. Soul-Lost Curse is another spell that is insanely powerful if used correctly, as it inflicts the banish status, meaning the unit can’t move nor be targeted by enemy spells. If you like gambling, the Tokens will give this spell the potential for some hilarious outcomes.

For example, a Water Token-enhanced Soul-Lost Curse will inflict magic confusion to an enemy, making them cast spell on random targets (both allies and enemies), which might make them heal your party, or damage their own team. The Thunder Token makes the spell inflict regular confusion, which means the confused target will use basic attacks on his own allies. Star Shift is another very powerful spell as it lowers all of your enemies’ resistance for 3 turns, it’s great when paired with high Area of Effect damage, such as Elementalist’s Frost Dragon, or even Ice Spike. Deity Chain is a more powerful version of Interlinked Chain, as it entangles 3 enemies and has a chance to inflict the chained status on them for 3 turns. The Tokens for this spell are unremarkable to say the least, avoid them, unless you are severely lacking damage, in that case consider equipping a Lightning Token.

Ice Storm is just an average AoE skill that deals damage to 3 enemies, but if you unlock the Ice Token for it, it can transform into a weapon of mass destruction, as it gives a chance to inflict the freeze effect on the targets it hits, making them unable to perform any action for 2 turns. You might be wondering why they are so low on the list, since all of their spells are extremely powerful, the reason is that this guide is geared towards solo content (as you will have a party to cover your weaknesses to clear the dungeons anyway), and Acolytes struggle a lot with it, since what matters there is dealing damage more so than anything else. Bring companions that deal a lot of damage such as Hou Yi, Impermanence, or Xihuang to help you clear the solo content. 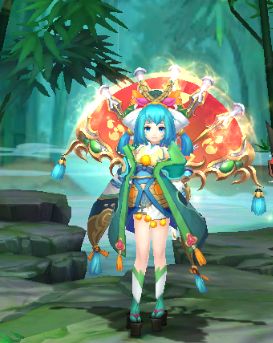 Curists are great support characters, and every self-respecting party that is attempting to clear harder dungeons should have one, as they increase the party’s longevity by a lot. Frigid Wind is the basic AoE damaging skill, and it really shines when you unlock the Darkness Token for it, as it will inflict Whispering on the targets, increasing all the damage they take by 25%. Wind Sacrifice deals damage based on how much Heal stat you have, while Spring Wind heals 3 allies for a flat amount and also gives them extra regeneration at the end of each turn for 3 turns.

Resurrection is what will carry your team throughout the hardest dungeons, as it resurrects a dead ally and heals him. Breath of Shennong can only be used from turn 3 onwards and heals all allies, but it becomes interesting when you unlock the Wind Token for it, as it turns it into a buff that increases your team’s defense and that can be cast since the first turn of the battle.

Purification is another insane spell that allows your party to power through harder fights when you unlock the Lightning Token for it, as it will turn it from a dispel for all allies to a powerful shield that reflects all of the damage 4 of the Curist’s allies take for 2 turns. This ability is insanely powerful, the downside is that the Curist needs to be very high level to access the Lightning Token version of it. As you can see, Curists are very powerful, they are in the last place because they are mediocre in the early to mid-game, and they only really shine with powerful allies. You will struggle clearing fights when you start reaching level 40.

Keep in mind that even if the ones we listed are the best ones, it all depends on your main character’s class as well, and how the various characters synergize with each other. There is little point in bringing Jinguang or Zhu Yingtai if you don’t need any more healing, while they might be needed if your team is all focused on doing damage and they are having issues surviving fights.

This wraps up our class guide for Echo of Phantoms. The game has a lot of content to keep you busy at all times, and its art style and the great amount of dialogue and lore will make sure you will be very invested in it. Do you agree with our choices regarding the best characters? Do you think other characters are better than the ones we selected? Make sure to let us know in the comments! 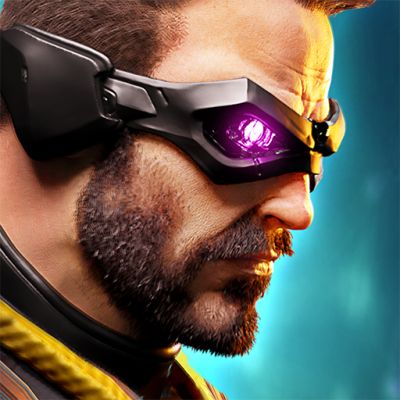 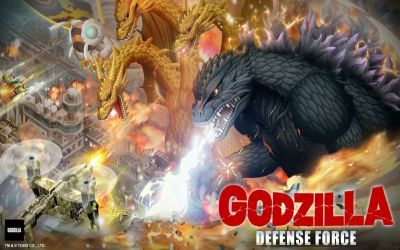