Destiny Child is an awesome mobile CCG / RPG game co-developed by LINE and SHIFTUP, and the goal of the game is to build the strongest possible team to clear the story missions and beat other people in the PVP mode. In Destiny Child, your units are called Childs, and there are hundreds of them, so it can feel daunting at times to pick which ones you want to bring. So we are here to guide you throughout the process of selecting which characters work best to help make a decision.

There are 5 different classes in the game: Attacker, Buffer (or Supporter), Defender, Healer, and Debuffer. We are going to explain them a bit more in depth in their respective sections.
So without further ado, let’s dive right into our Destiny Child tier list, showcasing the best heroes in the game!

Attackers are focused on dealing damage through their auto-attacks and abilities. That’s really it, they could be focused on dealing damage to a single target, or they could be able to deal damage to multiple targets at once. Some of them are able to inflict special effects through their abilities, for example poison their enemies. Attackers need a lot of protection due to their frailness.

Eve is the best Attacker in the game and she works wonders in every game mode (including Ragna and World Boss). She is a Water element attacker and what makes her so good is how crazy her damage is. Her Tap skill deals extra damage to Fire units, her Slide hits the 2 weakest enemies on the field and poisons them, and her Drive deals massive damage to all of her enemies. If you get an Eve, nurture her and she will repay you tenfold. 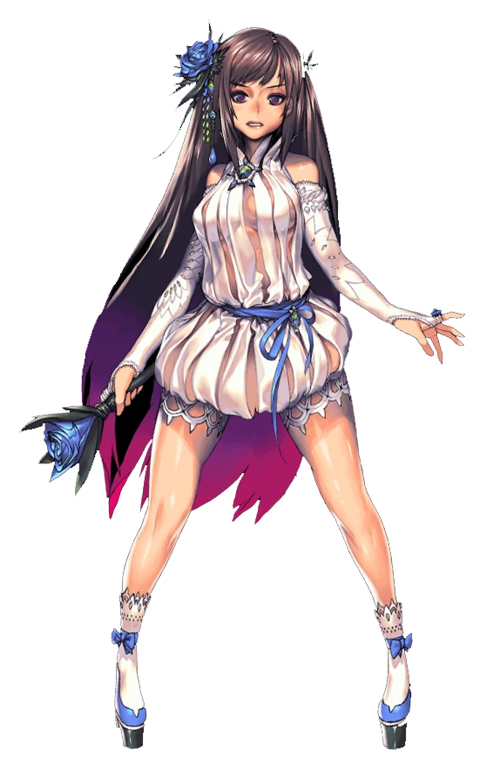 Elysion isn’t as good as other units, but we wanted to include something that’s a bit easier to farm than all the other 5 stars units. She is a Water element attacker, and her focus on damaging and poisoning the enemies with the lowest HP is the main reason to run her. To get the most mileage out of her, you will have to uncap her a lot, but since she is a 4-stars unit, it shouldn’t be too hard to do so. 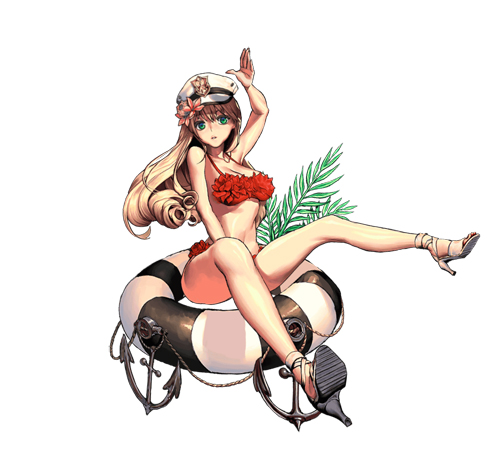 Yuna is a Fire element attacker whose claim to fame is her Slide skill, which prioritizes Wood element enemies, dealing also extra damage to them. The rest of her kit isn’t as good as say, Eve’s or Elysion’s, but it’s very much serviceable as long as you don’t run her on your PVP lineup, where the abunance of Water units will turn her into a liability. 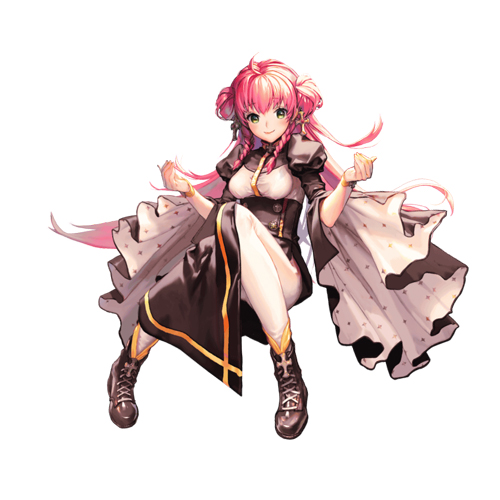 Last on this list is Thanatos. Thanatos is arguably as good as Elysion or Yuna, if not better, but he is in all regards a worse Eve, despite being as expensive to uncap and upgrade by being a 5-stars unit, and he is only marginally better than the 4-stars units we mentioned above. Since he is still obviously really good, consider upgrading him if you manage to find him and aren’t able of getting an Eve. His main strength is being able to apply poison and then repeatedly maul an enemy through his powerful Tap ability, which makes him very good at killing a single enemy very quickly.

Buffers enhance their teammates by providing them with substantial buffs, they are able to improve a number of stats of their allies, such as critical hit damage, critical hit rate, more attack, lower cooldowns, and just about anything else that can make units more powerful. 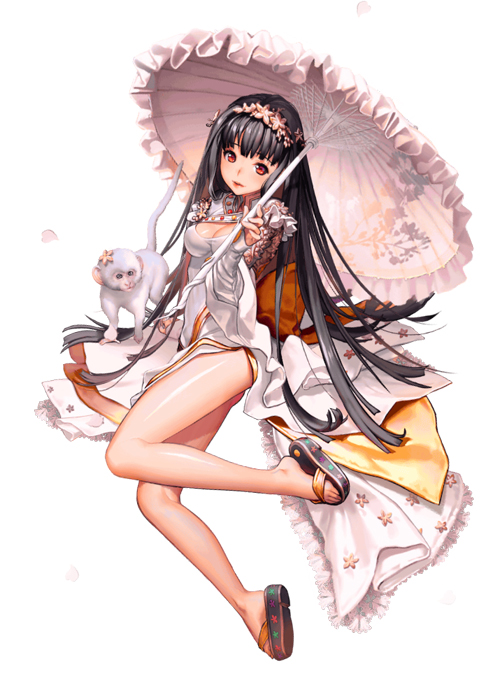 Melpomene is a very offensive supporter, as she is all about increasing the damage of her allies, mostly through raising their critical rate, starting from her leader skill which boosts said rate of all allies by 10%. Her tap ability boosts the critical rate of a random ally by 30% for 10 seconds, and her slide ability increases the critical rate and the critical damage of 2 allies. Even her drive ability boosts allies (unlike Chang’e’s), by increasing the skill damage of 2 random allies while inflicting confusion to a random enemy. So who does Melpomene pair best with? Units like Thanatos who can strike multiple times via their tap ability, as the increased critical rate is very beneficial to them, since more hits = more chances to strike a critical hit. 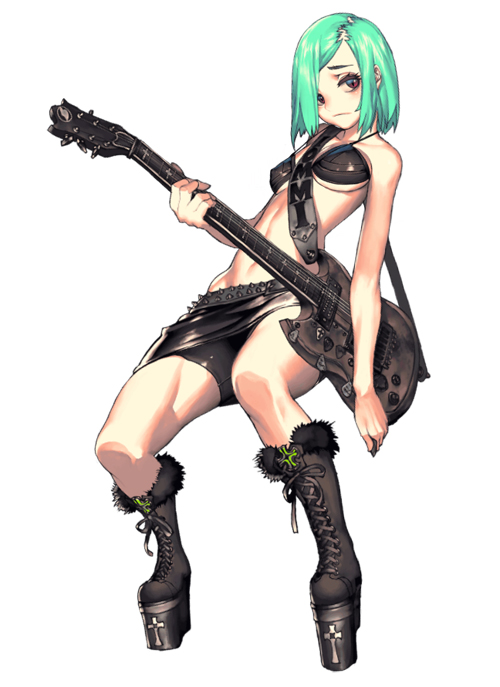 Leda focuses on keeping her team alive, which is very important since attackers are your main source of damage and tend to be rather squishy. She provides her allies nice buffs that grant regeneration with her slide ability, while her tap ability shields a random ally for 250 damage. Her drive ability is what sets her apart: she gives Lifesteal to her 2 allies with the lowest HP, making them able to recover their health quickly if they manage to land a powerful drive or multi-tap ability. Leda is exceptional at keeping her team alive, and she is only a 4-stars unit, so she’s easy to upgrade and uncap. You may be wondering why she’s here and not among the dedicated healers, and the reason is simply that all of her spells are more like buffs than heals, they won’t necessarily instantly heal someone, but have the potential of healing them by a substantial amount if used well. 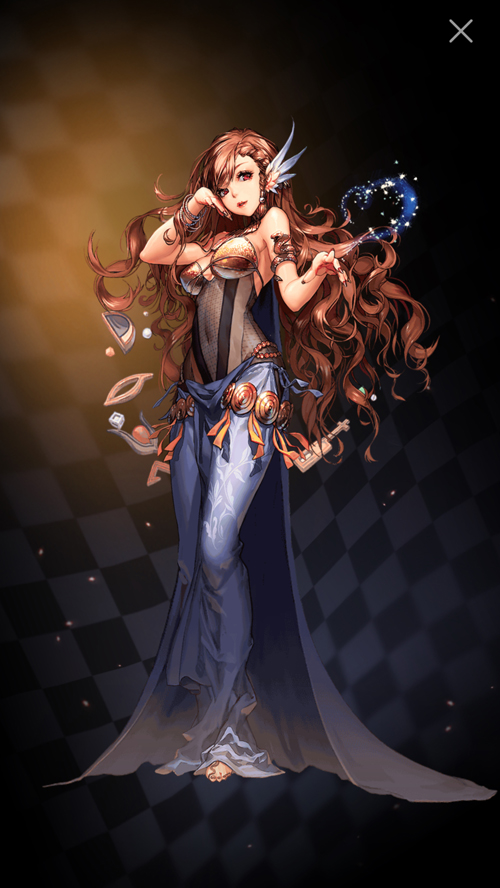 As the name suggests, defenders are there to defend their allies from the enemy rampage, by shielding their allies or by forcing their enemies to attack them. The tradeoff is their low damage, since they are specifically designed to absorb hits. Do not run more than one defender per team: their low damage makes clearing stages very inefficient, plus their barriers do not stack with each other, making you waste a lot of potential. There are not many good defenders, which can get annoying at times if you don’t manage to roll them.

Dana is by far the best defender in the game: she can become immune to debuffs, she casts a massive barrier and improved the defense of all of her allies by using her slide skill, and her drive ability further increases her allies’ defense. Dana can make even the squishiest attackers quite hard to take down, even if they get focus fired. 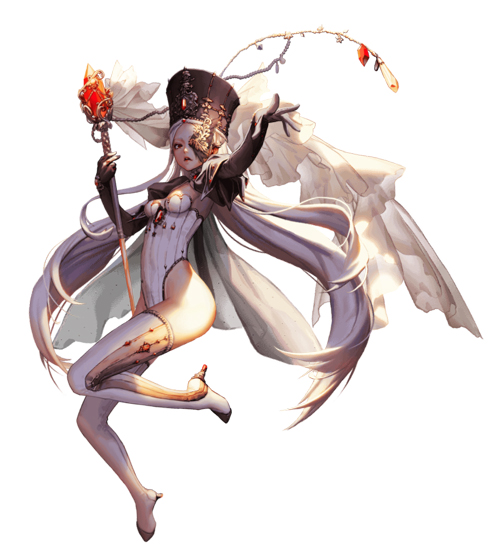 Mars is a fine replacement for Dana. But this sentence already speaks volumes about the state of defenders in Destiny Child. There are simply not many good ones. Mars is still fine though for PVP scenarios, so don’t worry if you seem to be unable to summon Dana. Her slide is a slightly weaker version of Dana’s, that casts a weaker barrier and gives her allies Health regeneration rather than defense, and her drive is also a weaker version of Dana’s; it has the same exact effect (raise allies’ defense), just with worse numbers. The only difference is that Mars’ drive hits one more enemy than Dana’s while dealing almost the same amount of damage. What mars does better than Dana though is surviving: her tap ability heals her, something that Dana can’t do. Another advantage of running Mars is that she has better synergy with other Water units if you wish to run her as a leader. 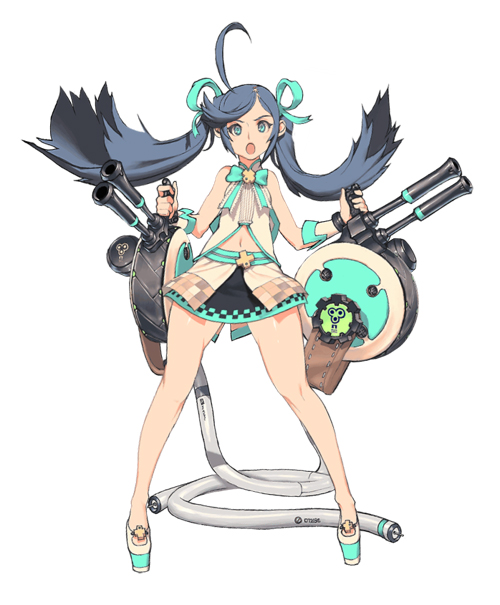 Healers are a necessity on every team, as they make their teammates survive longer in fights, and the longer a fight goes, the more damage your units are able to do. They don’t just heal their allies, but they provide a number of defensive buffs as well, and they can even revive their allies. Critical rates affect their healing, so don’t disregard it if you need a lot of healing.

Maat’s biggest asset is her drive ability, which revives a dead ally and then grants a lot of health regeneration to the 3 allies with the lowest health. That’s really it, sure, her slide ability is nice as it gives plenty of regeneration to all allies for 20 seconds, but it’s nothing spectacular compared to what other healers have to offer. Despite me not sounding enthusiastic about Maat, she is by far the best healer in the game, only Syrinx comes close to her usefulness, so make sure to spend resources on her when you finally manage to summon her. Also she works exceptionally well in a Light-based team, as her leader ability further improves her healing for all allied Light units. 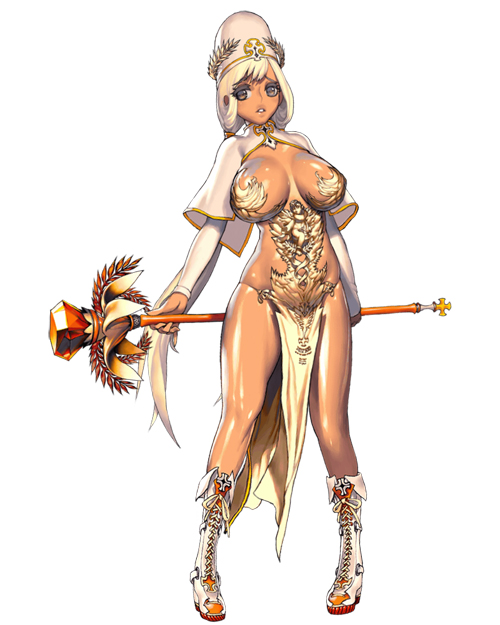 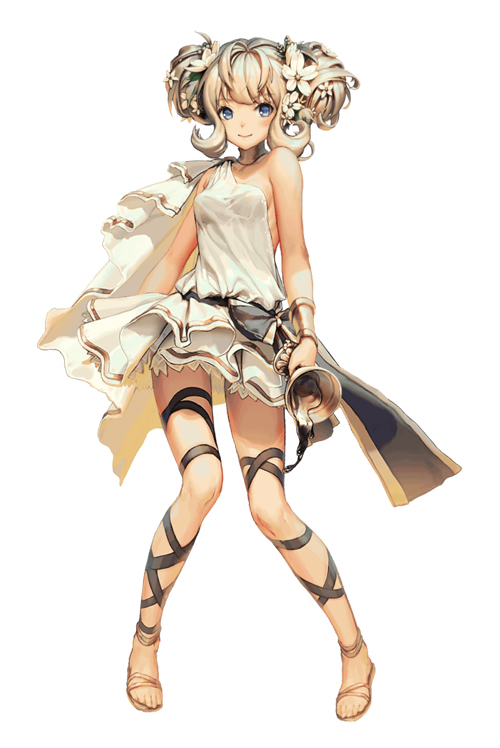 Maat’s revive shines particularly in the World Boss fights, while Syrinx is more adept at scenarios like Ragna, and even in PVP, as PVP teams often run ways of reducing the opposing team’s healing, and Syrinx’s fortitude ignores that.

Debuffers really shine in PVP battles thanks to their Crowd Control abilities: stuns, slows, silences, confusion, etc. They can also lower enemy stats. Debuffers offer a nice roundup to many lineups, and they excel at disrupting their enemies.

Bathory is the queen of debuffs. She makes her enemies weaker, and she can even turn their active buffs against them with her drive ability. Plus she inflicts Dancing Blade with her slide ability, a debuff that reduces the defense of the hit enemies as well as dealing them damage every 2 seconds for 14 seconds. Bathory works great with strong attackers that can capitalize on her ability to reduce the enemies’ defense, and she is also great at punishing lineups focused on buffing their members. 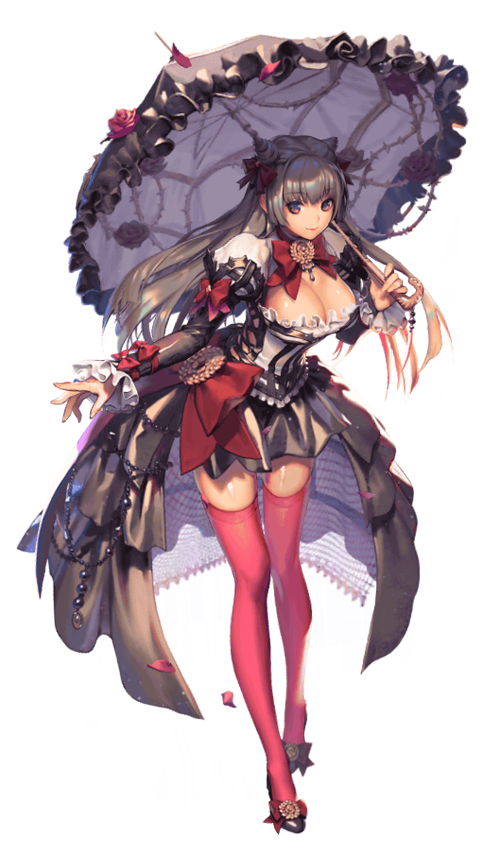 Persephone’s debuffs are focused on making her enemies weaker. Her leader skill drops their attack by 10%, her tap reduces the critical rate of the enemy hit by 25%, and her slide drops the enemies’ attack further. Her drive ability lowers attack and weakness defense even more. Overall a solid choice for any team, unless you are making a party to play the Ragna event (due to the fact she drops attack by a percentage, making her abilities progressively worse), in that case avoid running Persephone. 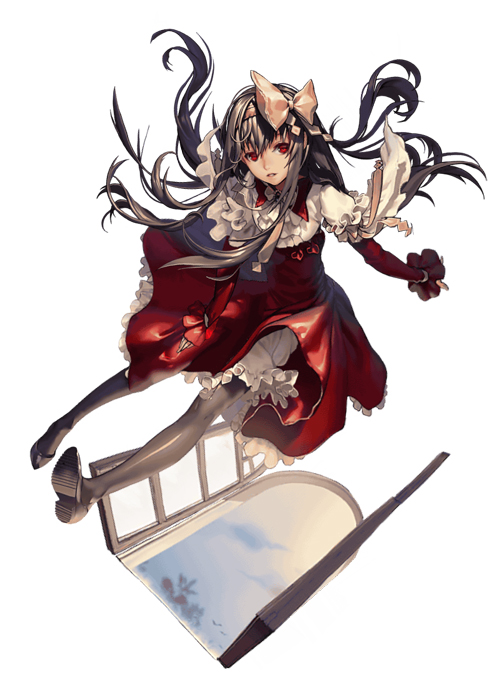 This concludes our guide about the best units you can find in Destiny Child. There are a lot of units, and this list might change soon with the next releases, so if you are reading this in the future you might not find characters that were recently released. Let us know in the comment if you think there is any unit we should have mentioned.