Earlier this year, Candywriter introduced something that arguably added some major staying power to its most popular game. By that, we’re talking about the Challenges feature for BitLife, which, since the feature’s launch, has asked players to give birth to 26 children (or more) with their names starting with each letter of the alphabet, get rid of 10 spirits at home as an Exorcist, and become parent to seven redheads while earning a ton of money as an Irish Bitizen. So what’s the latest challenge for players of the immensely popular life simulator game for iOS and Android?

If you thought that the Alphabet, Ghostbuster, and Shamrock Challenges were a walk in the park, then BitLife’s latest challenge may give you more than you bargained for. As the game explains, this is your chance to become rich beyond your wildest dreams without ever finding gainful employment. And by this, we don’t mean making a fortune at the racetrack or at the casino.

We’re talking about becoming the same kind of person Kanye West rapped about well over a decade ago — a gold digger. So read on and check out our BitLife Gold Digger Challenge guide, as we’ll show you what you need to do to complete the Gold Digger Challenge with as little effort as possible. (Warning: It will still be a lot, but hopefully much less than the usual player!)

We won’t lie to you — the Gold Digger Challenge is possibly harder than the other three BitLife Challenges put together. This is a very tricky challenge which boils down to earning $1 million total from divorce settlements, and divorce settlements alone — you should not get a job during this time and any money you earn through other means, such as inheritances from deceased family members or loved ones or money earned by selling heirlooms or other items, will not count. But that’s not the trickiest part of this challenge, as you will soon find out.

Of course, the easiest part of this challenge is the last one — owning any Lamborghini model available through the car dealerships. And while it’s possible to get the challenge done through the absolute minimum of four marriages, most players will probably need well more than four marriages and subsequent divorces to get things right. But because of that, we will obviously be focusing on the rather complicated process of marrying the right people while managing your bank account at the same time.

Be A Good Kid To Your Parents, Then Marry Someone Richer Than You When You Can

For starters, the Gold Digger Challenge is open to Bitizens of both sexes — whether you’re controlling a male or female character, it wouldn’t matter, just as long as you follow the two main requirement listed above, which is collecting $1 million worth of divorce settlement money through more than three marriages/divorces. You will, however, need to set the stage the right way, and that would mean being a good kid during your childhood and teenage years. Don’t get in trouble at school, get good grades, ignore bullies and troublemakers, and avoid the temptation to play hooky.

Once you reach the right minimum age (depending on your country), pass the driver’s license test so that way, your parents will reward you with a new car for being good and ensuring that your relationship remains solid. This won’t be the case for all characters, as poorer parents might not have any car to hand down to their kids, but if that happens to be the case, you can always restart with a new life.

Why is it important that your parents give you a car for passing the driver’s license test on the first try? The reason is the fact that you will be avoiding getting a job — at least until you complete the challenge. No job means no income, so with the absence of gainful employment or random money-making events (selling drugs, inheriting money from parents, selling heirlooms, etc.), your best bet is to sell the car your parents gave you so you can buy a ring to propose to your partner.

Alternately, you can wait until your partner is the one who proposes, but if you want to get married sooner, you’ll want to make the first move and make sure you have a ring for your proposal.

Don’t Start Out Right Away With Super-Rich Partners

The virtual upper-class of the BitLife universe are a sensible bunch. Knowing that they have a high net worth, they will want to protect their hard-earned money, and by that, it means demanding that you sign a prenuptial agreement before the two of you tie the knot. The farther apart you are in terms of net worth, the likelier it would be for your partner to be the one who demands a prenup. But in any case, you should make sure you’re marrying partners with a higher net worth; if it’s the other way around, you will be the one paying up following the divorce, but if the partner is richer than you, they’ll be the ones ponying up some cash and adding to your bank account.

With that in mind, it is recommended that you don’t chase those partners with ultra-high Money stats (as seen in the Date and Dating App options under Love) right away. Find someone whose Money bar is green — perhaps past the midpoint, but nothing beyond 80 percent filled up. You’ll also want to look at Craziness. Typically, NPCs with a low or mid-ranged Craziness bar will ask you to sign a prenup, and while those with high Craziness (orange or red) will show some resistance, they will typically be less likely to even think of a prenuptial agreement before the wedding.

We are warning you right away — this will be the first part in a series of trial-and-error processes — looking for the right partner, divorcing them, finding a progressively richer partner, divorcing them, rinse and repeat. You may have to quit the app and reopen it several times before you find the right partner to sucker out of money when the time comes for you to call it quits. And that includes situations where your partner absolutely won’t take no for an answer when it comes to the prenup, thus potentially forcing you to split with them and go back to the Love menu.

Once you’ve found someone to marry, you should make sure, on your end, that you do not ask them to sign a prenup, as that will definitely prevent you from making money off the divorce. But even if you choose the “We don’t need a prenup” option, you still won’t be getting anything if you divorce the partner on the same year of your marriage. You will want to wait at least one year before divorcing if you want to get something out of the split.

When it comes to using the Dating App feature, it’s usually an expense that’s worth it — $100 per pop to find specific dates based on age range and income. Typically, it’s a good idea to find dates who are in the 60 to 69 or 70 to 79 age range, as they’re usually the loaded ones in terms of net worth — this would be a good way to go for your second marriage and beyond, but be careful as well when marrying someone who’s in their 70s! (We’ll explain why in the next paragraph.)

Also, we would recommend quitting the game and reopening once you see a prompt that could potentially make you rich — usually, this happens when your last surviving parent dies, thus setting you up for a share of the inheritance money. And going back to what we said in the last paragraph, it’s also possible that your rich, old husband or wife may “kick it” soon after the two of you tie the knot — that will, in most cases, leave you with a ton of inheritance money and a massively inflated net worth!

And going back to what we said earlier, you’ll be the one paying the settlement money if your net worth is higher at the time of the divorce. (As far as this challenge goes, we should mention that paying your ex settlement money will count against the $1 million!)

In order to avoid this, you can either quit the game once prompted about your spouse’s death and restart it so you can go back to the previous year and divorce them. Or you can receive the inheritance money, use some of it to stock up on engagement rings (good ones, of course, not the ones bought at the “shady” store) and gamble the rest away until you’re probably in the $500,000 range (or lower, depending on how much money you’ve earned so far).

To this end, going bust repeatedly at the Casino’s blackjack games is a fast and easy way to reduce your net worth before playing the field once again and looking for another rich guy or girl to marry.

The Finishing Touches – Buying A Lambo

Just to echo a previous point, this is a very hard challenge, in our opinion. Our test Bitizen was close to 80 by the time she’d made her one millionth dollar as a serial divorcee. And she’d been married and divorced at least ten times by the time we completed the Gold Digger Challenge! So what better way to wrap it all up than by splurging on a new or used Lamborghini?

There’s nothing to this part of the challenge — it may be an Urus or an Aventador, but just as long as it’s a Lambo, used or new, you can buy it to complete the challenge. We would recommend making this the last part of the challenge, as buying it too early could result in your flashy new Italian ride no longer working by the time you’ve reached the $1 million mark in terms of settlement money. 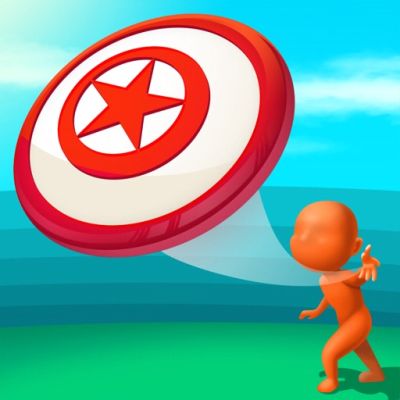 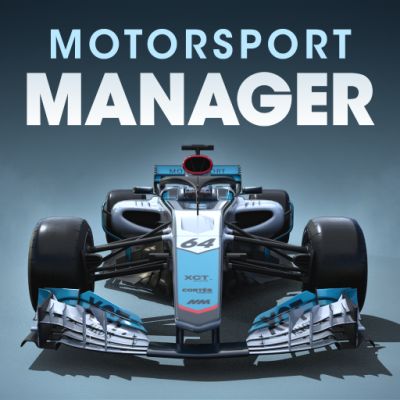