After spending some time in beta testing phase, Second Galaxy has finally found its way to the official launch. Zlongame’s new space MMO is set 3000 years in the future, when different races are able to explore different galaxies. There are five different factions vying for supremacy, and players will find themselves in the middle of an intergalactic war. 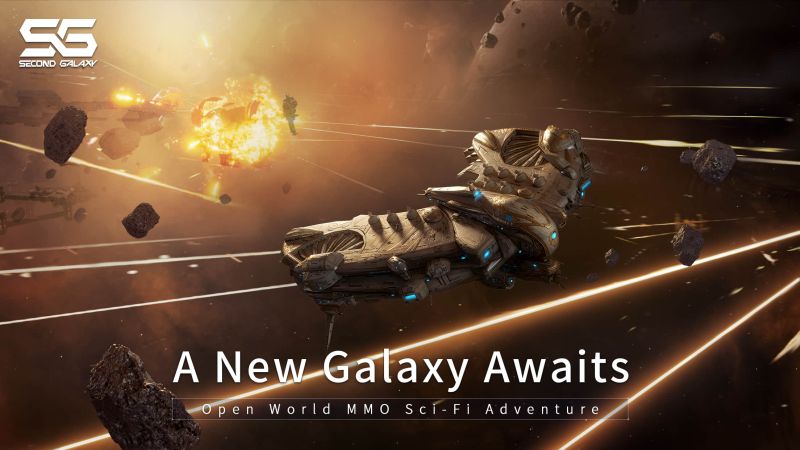 Second Galaxy features a truly massive explorable universe that spans 1000 lightyears and consists of over 5000 galaxies. There are over 50000 stars, wormholes, black holes, and space stations that players can search and gather resources from. Even without the multiplayer aspect, players are guaranteed hours of play time on space voyages alone.

Despite the vast world created for players to explore, Second Galaxy managed to avoid falling into the trap of creating a galaxy of nothingness. There is a steady supply of interesting things to do. If that’s not enough, there is always the combat aspect of the game which promises large-scale battles that can accommodate up to 1000 players. If that’s not a space war, nothing is.

Players will have to choose one of the give factions upon character creation. These are the Neo-European Federation, Economic Community of Dawn, Oracle Empire, Republic of Svarus, and United Solar Systems of Hygara. After selecting a faction, players can then pick a class. Classes ultimately determine the roles players will have in Second Galaxy’s world. Competitive players can opt for combat classes while others can choose more supportive roles.

Trading is another major aspect of Second Galaxy as it allows real-time transactions that will enable players to barter and haggle. The game also has a Black Market that adds complexity to the dynamic trading system. There is more than one way to win a war, after all.

Second Galaxy is available for download through the App Store and Google Play. For updates and more information on the game, be sure to visit the game’s official website or Facebook page.