When The Swords of Ditto was first released in 2018, it became an instant hit. Zelda fans everywhere could not help but compare, and they liked what they saw. Now, it is time for mobile gamers to get a piece of this action RPG as The Swords of Ditto is making its way to Android and iOS, and pre-registration has already begun. 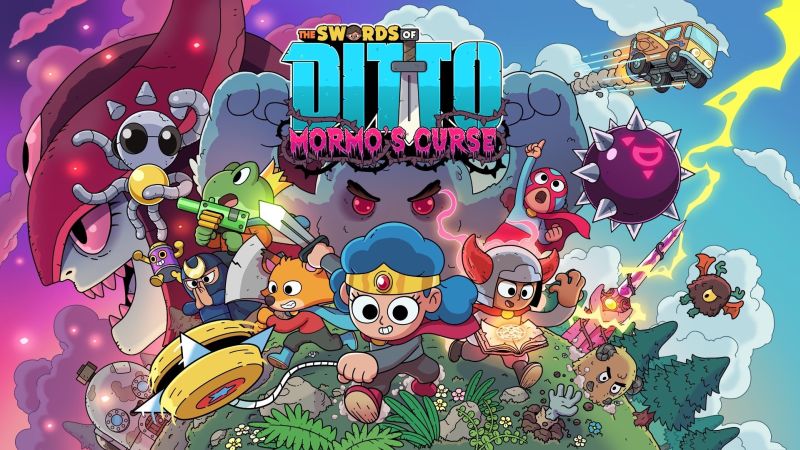 Perhaps the most striking feature of The Swords of Ditto is its cartoonish art style. It gives of a casual, tongue-in-cheek vibe that deceptively masks just how engaging the game really is. Challenging battles and intimidating bosses are just the beginning. Players will have to stay on their toes because each playthrough is different.

The Swords of Ditto is set in a world that players can explore. In between adventures, players may stop by a small village to upgrade their hero. The game promises over 9 hours of campaign gameplay, with different paths for players to take. There is no specific order for entering dungeons, allowing heroes to write their own story.

The story of The Swords of Ditto gives players the task of saving the world. Despite the freedom to choose dungeons, there is some urgency needed as the hero will only have four days to accomplish his mission. Players will face failure and must learn from it as each run has an impact on future games. The hero’s dead body may even be looted in subsequent runs.

The Swords of Ditto is available for pre-registration through Google Play and the App Store. While there is no official release date, the listing on the Apple App Store indicates it should be by October 24. This may change in the future, but the actual launch shouldn’t be too far off.