The plethora of trading card/collectible card games for mobile devices are proof positive that this popular type of game has translated well from actual, physical cards to virtual ones. The latest such title in this genre, at least among high-profile games, is Yu-Gi-Oh! Duel Links, a new Android and iOS title from Konami that allows you to take on Duelists from all over the world, all in real time, and even on the go. You can play cards representing all the popular characters from the Yu-Gi-Oh! franchise, enjoy the authenticity of hearing the same voices from the anime, and get to build the best possible deck as you beat more and more Duelists.

You know the drill with TCGs and CCGs – they can be quite deep, and the mechanics can be quite difficult to pick up. These aren’t games dominated by predictable AI competitors, but rather games where you get to take on real players from all over the world – the strategy you use to beat one player may differ from the one you use to beat someone else. Yes, these are complex games indeed, but if you want to ease your transition into this title, we recommend you read this Yu-Gi-Oh! Duel Links strategy guide, which includes tips that are mainly written for the first time Duelist.

1. Use The Ultra Rare Cards ASAP

As this is a very new game, Konami has decided to mark its launch by offering players with three Ultra Rare cards which are available through the launch celebration event. These UR cards start out with Yugi’s Dark Magician card, and also include Blue-Eyes White Dragon, and Red-Eyes Black Dragon. These are all level 7 or level 8 cards, and would require tribute summoning in order for you to use them. Take full advantage of the fact this game is new, redeem those UR cards, and make them the centerpiece of your early decks. But don’t go overboard by including a lot of those cards in one deck, as two should do you fine, especially if you’re new to the game.

2. Take The Duel Quizzes, Even The Optional Ones

The game has its share of missions, and one of the missions in Stage 4 would require you to complete all Duel Quizzes up to 1-5. That may sound simple enough, but it’s a better idea to go beyond what is asked and complete all one-star quizzes. Doing this will gift you with some cards that can really come in handy along the way, such as Block Attack, which you can win for completing quiz 1-6. This is a spell card that moves attacking monsters to defense. You will get Banner of Courage after finishing quiz 1-7 – this is a spell card that improves the ATK rating of your monsters. And once you’re done with quiz 1-11, you’ll get Remove Trap, which, well, remove traps. Going up to 1-5 only is all well and good, but if you want to maximize your performance in the game, you should be working toward completing all those one-star quizzes ASAP.

When it comes to building a Yu-Gi-Oh! Duel Links deck, there are a few general pointers to keep in mind. First of all, make sure that most of your deck is composed of monsters with one to four-star rarity. These monsters will make up the backbone of both your defense and offense – for the former, that naturally means defending your deck from your opponents’ decks, and for the latter, that would allow you to patiently get at your opponent while you wait for even rarer monsters to become available to you.

4. How To Include Those Rare And Ultra Rare Cards

Earlier, we told you about the three Ultra Rare (UR) cards you can get by taking part in Konami’s Yu-Gi-Oh! Duel Links launch event. But you will get more of these cards, as well as Rare (R) that will be the true stars of your deck. But just as we had advised you in the last tips, it still pays to keep your deck balanced and not have too many R or UR cards. That’s because you may find yourself in a tight spot, with no summonable monsters on your end; ritual summoning is a must when it comes to R and UR cards. But if you have a few quality cards on you, they can be tide-turners and game-changers, capable of allowing you to defeat any opponent; it all depends on how and when you play them, of course. Also bear in mind that opponents can also take you by surprise and take your R, or even your UR cards down, just like they could common cards. If they’ve got the right monsters or traps or spells on them, you may be in trouble.

Talking about spell and trap cards, it’s also important that you have them in your deck. For spell cards, you’ll want to balance things out and have enough offensive, buff, and utility spells on you. Offensive spells include the likes of Raimei, which could pose a significant threat to most opponents, while buff spells include Dragon Treasure, which adds 300 ATK and DEF points to all Dragon-types. Utility spells are the last type of spells we’ll be talking about, and they’re also arguably the most important. It’s important to play these cards impeccably, timing your actions perfectly if you’re using Stop Defense, Block Attack, or any other utility spells.

Trap cards are called as such because they mostly work by countering certain opponent actions. In order to properly use and play trap cards, you need to be aware of what cards your opponent has in their deck, and know what those cards are capable and not capable of.

As usual, you’ll need to match your good offense with a good defense, but you have to keep in mind that once you place your monsters in defense, any damage inflected on them will chip away at their defense, and not their ATK. You won’t lose much and won’t get dinged too bad if, for some reason or another, your monster gets killed off in defense position. Always review what you’ve got in your current hand, and review the situation to see whether you should place your monster(s) on defense. And make full use of those utility cards such as Block Attack and others, because they can really throw players off their guard when confronted by them.

For now, these would be our tips and tricks for Yu-Gi-Oh! Duel Links. Do you know additional hints for the game? Let us now in the comment section! 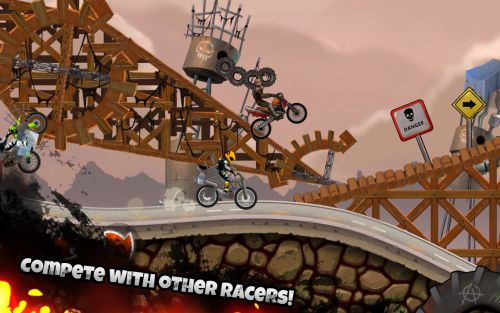 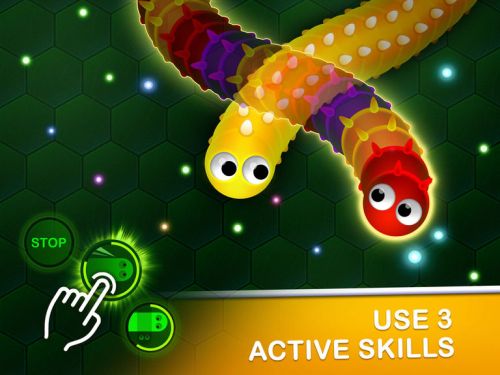 Next
Wormax.io Cheats, Tips & Tricks: 6 Ways to Outsmart the Other Snakes
Click here to cancel reply.