Wild Beyond is the ultimate combination of mobile RTS and CCG, polished off with sublime 3D graphics. This immersive new game from Strange Sevens successfully squeezes in the thrills and chills of real-time battles into three-minute matches. The gameplay mechanics are similar to the popular Clash Royale mobile game, but with some added flair. The story follows your character as you investigate a strange galactic distress signal.

You get to meet and recruit personalities from three different factions along the way. The characters you recruit are the cards that you can build your deck with. Once you have assembled your team, you can head into the arena to go head to head with some of the best players from around the world. Smash through your opponents’ defenses and climb up the leaderboards. You can also team up with other in order to defeat powerful bosses. If you need help securing that victory, check out our Wild Beyond cheats, tips and strategies below! 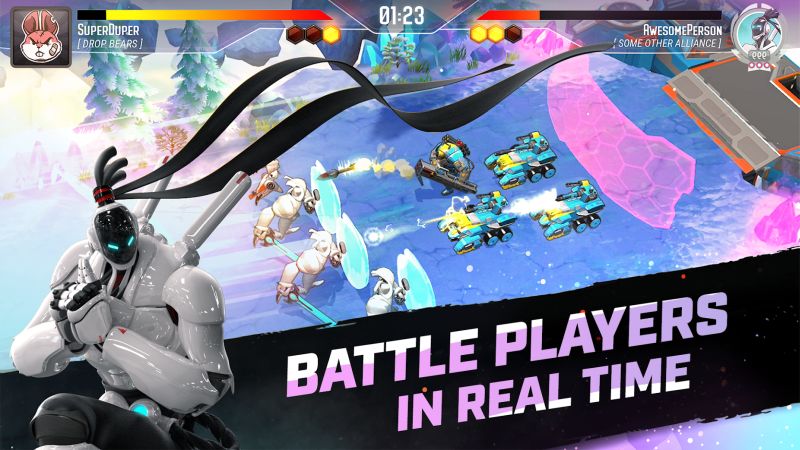 Unlike other games from the same genre, energy does not naturally come in Wild Beyond. You will need to manually place your energy stations on the field in order to gain energy faster. There can be up to three energy stations on your field, and you need to set them all up before you can even think about sending out your own troops. If your opponent is silly enough to send out his own troops before setting up energy stations, do not meet him with your own units. Instead, punish his foolishness with your Commander Ability and continue setting up. There is no unit that he can send out early in the game that could do any real damage, so he would have just wasted precious time.

Melee units will be your main force when it comes to advancing towards the enemy base. They are usually tanky, so they will be able to survive long enough to push out the front lines. If you followed the previous advice, you should be generating energy quickly. This will allow you to send out high-cost units to back up your melee troops. Don’t forget to place turrets and shields near your base to keep enemy units at bay. If you feel like you just need a little more push in order to secure victory, do not hesitate your Commander unit. Commanders are powerful units that can take a lot of hits while dishing out just as much damage. Of course, you can send your Commander out as well if you get overwhelmed by enemy troops. Adjust your strategy depending on the flow of battle but starting with melee troops is usually a solid tactic.

3. Use Spells To Cover The Weaker Lane

One thing you would not want to do often is to split your units into different lanes. You want to dominate a lane as much as you can in order to push further into the enemy base. While you are focusing on a lane, your opponent may try to sneak up on you by sending troops on the other side. Make sure you always have a spell or two in your hand in order to cover the weaker lane. Spells should be enough to at least hinder their progress while you continue advancing on the other lane.

4. Balance Out Your Team

The real start of battle happens outside of the arena. Entering the battlefield with a bad deck is as good as accepting your defeat. Make sure you carefully consider each unit that you will include in your deck. Whenever you get a new card, test it out in a few battles before deciding on whether or not to include it. Just because a card is rare does not mean it will work well with the rest of your build.

When building your deck, make sure you include a good mix of melee and ranged troops, turrets, and specialized units that target air or ground enemies. Each deck has 21 slots for troops, but they need to be unlocked by climbing the ranks. Try to have three of each troop in your deck while saving one or two spots for some powerful units. This will help you prepare for most situations without spreading out your strategies too much.

5. Active Allies Are The Best

As with most games, the guild system, or the Alliance, is a great way to find friends who will help you progress further. Not only do you get to exchange tactics with some veteran players, you also gain all the benefits that come with being a member of an Alliance. The best benefit, of course, is the chance to earn Alliance Tokens. These are needed for unlocking specific Commander units that can really turn the tide of battle. As of this writing, the Commander units available through Alliance tokens are Giga, Avasa, and Val. These may change in the future, but any replacement or addition would definitely be just as powerful. Of course, earning Alliance Tokens would only be possible if the members of your Alliance are actually active. Do not be afraid to jump to a different Alliance if no one is actively playing on the first one you find. 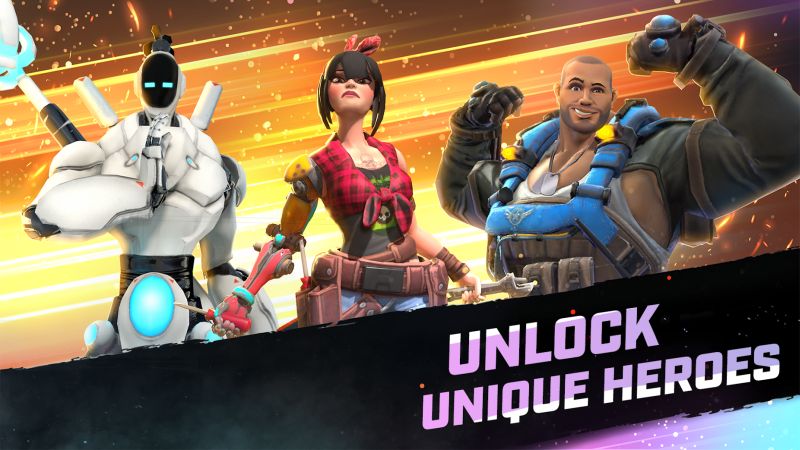 While most people who play in this genre tend to focus on PVP, make sure you do not neglect your Campaign mode progress. Completing campaign stages rewards you with various goodies that can help your progress further in the game. Unfortunately, you won’t be able to spam campaign stages since you need tickets to play them. What makes it even more challenging is that you only get up to two campaign tickets at a time. This is one of the reasons why you should always play campaign when you have tickets available. It takes a while for the tickets to regenerate, and every minute that you have two of them sitting in your inventory is a wasted opportunity to earn more.

7. Complete All Your Quests

Another way to earn more rewards in Wild Beyond is by completing quests. Head into the Quests tab in order to see the list of tasks that you need to accomplish. The Alliance Challenges are also found in the Quests tab, so make sure you always check it out. If that’s not incentive enough, you can also find a free timed chest in here. That alone should make the trip to the Quests tab worthwhile.

It is time to dominate the arena in Wild Beyond! Be sure to use our tips, cheats and tricks above and you will be climbing to the top of the leaderboards in no time! In case you have additional tips or tricks for Wild Beyond, don’t hesitate to let us know in the comments below!