Warhammer Quest: Silver Tower is a brand new turn-based tactics RPG based on the tabletop game of the same name, where players aim to conquer the Silver Tower and confront the Gaunt Summoner. The game offers a challenging campaign mode in addition to ever-shifting quests, while players keep powering up their units to prepare for the challenges that await them. There will always be something to do in Warhammer Quest: Silver Tower, depending on the player’s preference.

Warhammer Quest: Silver Tower’s developer, Perchang, is no stranger to turn-based titles based on the Warhammer franchise, as it was also the studio behind Warhammer Quest 2: The End Times. The game received mostly positive reviews when it was released in 2017, and Perchang is looking to build upon that success with its latest take on a Warhammer tactics game.

Fans of turn-based tactics RPGs should definitely try out Warhammer Quest: Silver Tower, as it offers a winning combination of captivating lore, deep mechanics, and a gratifying rewards system that will keep players coming back for more.

And we are here to help you dominating battles in the game, as we are going to share with you loads of tips and strategies in this Warhammer Quest: Silver Tower beginner’s guide!

In Warhammer Quest: Silver Tower, you control the movements and actions of three units in the battlefield. You can keep issuing commands until you run out of action points, though you can end the turn at any time. Your opponents will then get their turn to move and attack, and this back-and-forth continues until one side emerges as the victors.

Your units also have unique abilities that require charging up over the course of a few turns. The skills, which include summoning units and dealing damage among others, are activated by tapping on the ability icon at the lower part of the screen after selecting a unit.

The goal in Warhammer Quest: Silver Tower varies from battle to battle, but in every case, you will need to determine the best strategy for how your units will deal with your opponents to complete the objective.

2. How To Dominate Battles

Generally, in Warhammer Quest: Silver Tower, instead of charging recklessly at your opponents, it is better to be reactive to their actions. For example, it is best to wait for your opponents to close the distance until your units can move and attack on the same turn, instead of spending your units’ action points on moving closer to the opponents and giving them the opportunity for a first strike.

One of the best ways of being reactive to your opponents is through the Reaction Shot ability of the game’s ranged units. This powerful skill allows ranged units to spend their unused action points to shoot at enemies that move into their range. With Reaction Shot, your ranged units can protect your other units with weaker defense, while also allowing them to move where you want them to be without running into enemies.

In the middle of battle, it is easy to forget to use your units’ unique skills. Always keep an eye on the abilities’ icons, and utilize them as soon as they are ready or take them into account as you plan your next few turns. Some of these skills summon friendly units into the battlefield, and they may be used to extend the range of a unit’s attack, or to serve as a decoy for your opponents to focus on while you head to the exit or move closer to a target enemy unit.

As you move your units across the map, keep an eye on spaces with blue flames. These are the spots where enemy units may spawn, and while moving your units close to the blue flames are at times inevitable, you should always be aware of where they are so that you would not be surprised by the sudden appearance of opponents.

You should also always take note of each battle’s objectives, as you should always plan your moves on achieving these goals. For example, if the objective is to head for the exit, you don’t need to risk losing your units in fighting all the enemies that spawn as you should instead be moving them towards the designated spots on the map. If the objective is to kill a certain enemy, then you shouldn’t waste your time on other opponents and should instead focus your team’s attacks and unique abilities on the target.

3. Keep Powering Up Your Units

In Warhammer Quest: Silver Tower, you will only go as far as your best units will take you, so you should always upgrade your team’s Power whenever possible.

Upgrading your units’ levels will require XP, which are often part of the rewards from completing levels and quests. However, upon reaching Level 10, you will also need Tokens of the faction where your units belong to, namely Order, Chaos, Destruction, or Death. These Tokens, compared to XP, are much harder to come by as rewards.

Powering up your units will also require you to acquire the best weapons possible for them. Weapons come in different rarities and with different statistics, and you should always check if a new one that you acquired is a better choice for the unit who can equip it. Weapon levels contribute to a unit’s Power, and it is recommended to sell the weaker weapons in your inventory for Gold that you can use to purchase more powerful items in the Store.

You should also equip your best Boons, which provide different types of bonuses either to only the unit that equips it or to your whole team. Each unit can only equip one Boon, so you should choose the most powerful ones that you have available and sell off the weaker ones.

XP, Gold, Tokens, and weapons are not overflowing in Warhammer Quest: Silver Tower though, so you should focus on a team of three units and spend all your hard-earned resources on them. If you eventually acquire a stronger unit that replaces one member of your current team, then you should spend resources to get that unit up to par with the others. While it may be regrettable to stop using a unit in which you have invested resources in, it would be a bigger mistake to keep upgrading an obsolete unit.

The Tower mode of Warhammer Quest: Silver Tower is where players can advance the game’s story, but in order to acquire the necessary Gold and XP needed to make your units strong enough to eventually take on the Gaunt Summoner, you will need to keep completing the Daily and Featured quests.

The importance of completing the quests, however, is not solely in the rewards that you can obtain. The quests, with their varying difficulties, are also perfect practice for the different objectives that you will encounter in the Tower, while also providing you with time to get accustomed to any new units that you acquire.

Most of the chests that you will open in Warhammer Quest: Silver Tower may contain Gold, but that doesn’t mean that you should mindlessly spend the currency in the in-game Store.

Unlike other free-to-play titles, the game’s basic currency is capable of purchasing powerful items, though in exchange for a bit of grinding through the Daily and Featured quests. Gold may purchase XP, which is a useful exchange to level up your units quicker, as well as weapons and Boons. The items offered in the Store change every 24 hours, so you have time to acquire Gold if something catches your eye.

However, if you will be buying weapons and Boons from the store, it would be best to limit your purchases to Epic-level items. They provide the biggest bonuses to your units and team, and are worth saving up for instead of buying multiple Rare items that have a good chance of being replaced by stronger items later on.

5. Save Up For Epic Summons

Summoning Stones is another currency in Warhammer Quest: Silver Tower, but unlike Gold, is very hard to acquire. The most reliable way of acquiring them is through Blot’s Challenge, a Daily quest that rewards a handful of Summoning Stones, and by reaching certain player levels after collecting Scrolls that are rewarded at the end of each match. They also sometimes appear in the Store for purchase.

At the start of the game, it is recommended to use your Summoning Stones on the Champion Summon to fill out your team of three units. However, for future uses of the currency, you should always save up and go for the Epic Summon.

In the early levels of the Tower, a team of properly leveled and equipped units from the Champion Summon will be able to get you through the matches. However, as you start climbing and encountering stronger opponents, you will need to upgrade your units to those you acquire from the Epic Summon if you want to have a good chance at winning all the battles.

At the end of each match, when the chest that you acquire opens up to reveal your rewards, the game offers you the chance to watch a 30-second advertisement in exchange for opening another chest of the same rarity as the one that you just opened.

Unless you don’t have 30 seconds to spare, it is always a good option to watch the ads in order to double up your rewards. This is particularly true for Epic chests that you acquire, such as by completing Featured quests, as this gives you another crack at acquiring powerful items instead of the usual Gold and XP.

However, watching ads to open more regular chests will also prove to be very valuable, as it gets you closer to the stronger weapons and Boons that you can acquire in the Store, and to boosting your units’ levels. Using up 30 seconds of your time is a small price to pay for doubling up on the rewards that you receive, especially since your progress in Warhammer Quest: Silver Tower is partially dictated by how much of these rewards you have obtained and how you’ve spent them.

There is no time limit on climbing the Tower, and no maximum number of tries in completing each stage. This means that there is no rush for you to complete the game, which allows you to focus on powering up your team before you start taking on powerful opponents.

If you find yourself losing too often in the Tower, you should pull out and focus first on the Daily and Featured quests. By acquiring the rewards from these quests, and practicing different strategies with your improving units, the game will start to become much easier.

After some upgrades made possible with the rewards that you acquire, your team will be more prepared in your journey through Warhammer Quest: Silver Tower. Before long, you will be able to take down the Gaunt Summoner and claim glory for your name.

And that would be all for now, as far as our Warhammer Quest: Silver Tower tips and tricks are concerned. If you have come across additional tips for the game, feel free to let us know in the comment area below! 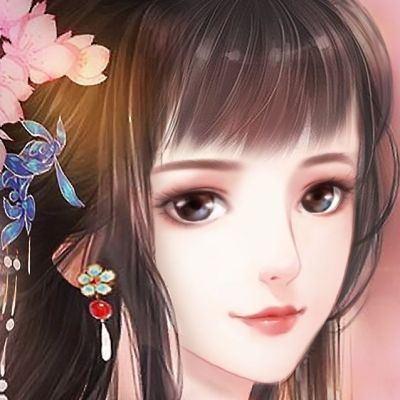 Previous
Legend of the Phoenix Beginner’s Guide: Tips, Cheats & Strategies to Become the Most Powerful Woman in the Land 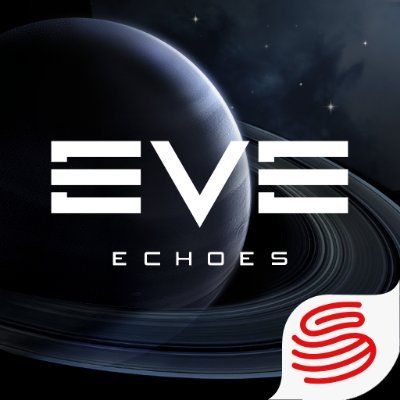 Next
EVE Echoes Resources Guide: How to Maximize Your Gains
Click here to cancel reply.