Mobile game developer Super Evil Megacorp has a fairly new MOBA (multiplayer online battle arena) title under its belt, which is called Vainglory. The game was briefly featured by Apple during its iPhone 6 / iPhone 6 Plus launch event back in September last year. As this is a MOBA type of game, it would require you to get social and duke it out with players from all over the world. In the game, all you need to do is choose a hero and head to the arena for fast-paced 20-minute matches; of course, you’ll also have the chance to customize your hero to your liking. And while it may be too much for us to tell you how to play as each hero, what we can do is provide you a couple of useful Vainglory cheats, tips and tricks to help you gain an advantage over other players.

1. Lock In Your Hero As Soon As Possible

If you’re trying to play your cards close to your chest and prevent your teammates and opponents from seeing whom you’ve chosen, you’ll want to lock it in at the soonest opportunity. Conversely, you also have the option to see what other players have chosen while you’re thinking of the best route to go.

2. Fight With Minions On Your Side

No, we’re not referring to those cute yellow critters from the Despicable Me franchise; we’re referring to actual minions, which we recommend bringing along with you when you’re at battle. Even a handful of Minions could be what you need to get a leg up, and best of all, they’ll absorb damage from opposing turrets, instead of having you feel the brunt of it. As a bonus tip, we suggest having your minions head to a minion mine about four minutes into your battle – heading to the mines will make them even stronger.

3. Level Up In The Jungle

The jungle is a great place for your heroes to level up, though leveling up in there would mostly be recommended for farming purposes. Monsters in the jungle are neutral, meaning they’ll only attack you if you make the first move, but they should normally be easier to beat in Vainglory.

4. Run Away, When Necessary

You will likely live to fight another day if you decide to run away while you’re behind in battle. There is a chance that an opposing hero will chase you and kill you, but running away is generally good practice, especially if you consider the chances you’ll be luring the enemy towards your teammates.

The Kraken is one monster you don’t want to be facing – he enters the battle at around 15 minutes, replacing the gold miner. But if he’s on your side, he can be a real game-changer if you’re behind by one or two turrets. Releasing the Kraken could be the best thing you can do for a late-game rally, especially if rival heroes are paying attention to something else. 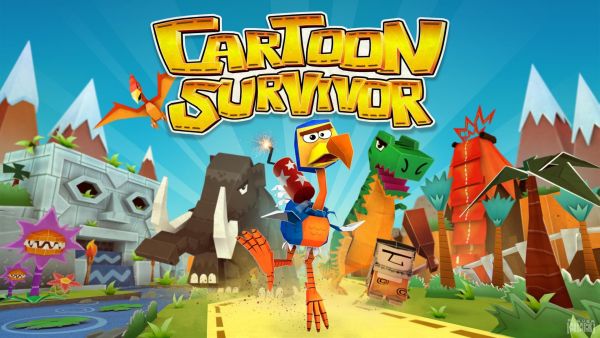