Tales of Crestoria is the upcoming mobile exclusive release of the Tales series. News regarding the game has been scarce until now. The new introduction video reveals the main story’s plot, showcases the game’s characters, and gives a preview of the Memoria Stones summoning system. 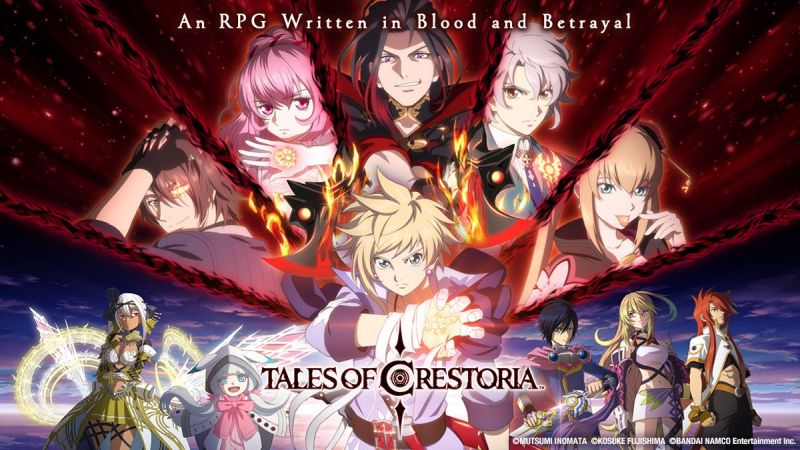 The story of Tales of Crestoria revolves around a young man named Kanata who commits a grievous “sin” while trying to rescue Misera. The game is set in a world where everyone is required to wear a Vision Orb. Other people will then be able to judge them through prayer. Those who are found guilty of “sin” will be declared as Transgressors and will be punished by Enforcers. Both Kanata and Misera end up becoming Transgressors and are forced to flee.

Tales of Crestoria’s gacha summoning system allows fans of the series to reunite with their favorite characters from previous games. Milla Maxwell, Velvet Crowe, and even Tales of the Abyss protagonist Luke fon Fabre will be available through Memoria Stones. Players must then assemble a party of 6 members, with 4 front liners and 2 subs, in order to fight battles.

Tales of Crestoria will be released on iOS and Android platforms. No announcements have been made regarding its official release date. For more updates on this upcoming title, be sure to visit the game’s official Facebook page, Twitter account and website.