When Lock’s Quest first came out on the Nintendo DS back in 2008, it changed the way people played tower defense games. Instead of overseeing the battlefield from above, players got to set up towers and bolster defenses as a person on the ground. It was an instant hit back then, and it due for a revival on the mobile platform. 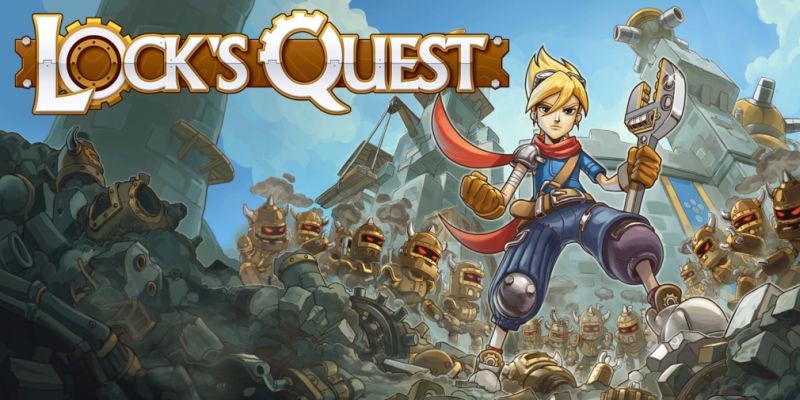 Lock’s Quest revolves around a young man who has taken it upon himself to defend his town from the invading Clockwork Army of Lord Agony. Aside from setting up the usual towers, players will have to fight against the enemies using context-sensitive attacks. The story plays out across 75 days of battles, with each day bringing new challenges.

The game was also released on Xbox One, PS4, and PC. Unfortunately, the reception was not as great due to control issues. This time around, Lock’s Quest has been optimized for touchscreen controls and has been given a makeover with better visuals. Fans of the original Nintendo DS release will not be disappointed.

Lock’s Quest will be released on both Android and iOS mobile platforms. If you want to sign up early then head over to the Google Play Store or the Apple App Store and complete the pre-registration.