Skypeople, a South Korean mobile game developer, has just soft launched a visually stunning RPG called Final Blade for Android and iOS devices. The game was initially released in Taiwan and South Korea, but is now also available in the Philippines, Malaysia, Australia, and the Netherlands as well. Players from those territories may download the game from Google Play or the App Store. 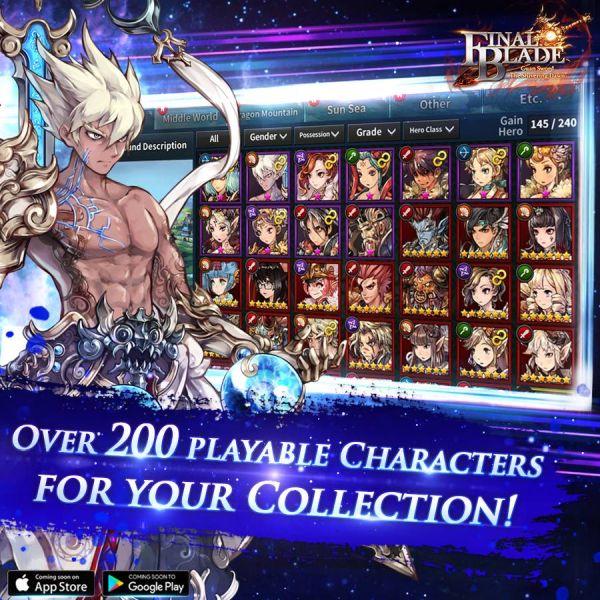 Final Blade features over 200 characters to collect, each one can be upgraded and evolved. Each character also has a variety of looks and styles, making them even more fun to collect. The game itself showcases meticulously drawn character portraits as well as some beautiful battle landscapes reminiscent of traditional RPGs.

The game includes several mobile RPG staples like PVP duels, Boss Raids, and Story campaigns. Players may also team up with other players in massive Clan Wars, Region Wars, and Clan-exclusive raids. In all of these modes, players must assemble teams composed of the different characters they have recruited in order to participate in battle.

While there is no official global release date for Final Blade, Skypeople assures the community that it will be launching worldwide very soon. Those who want to stay on top of updates for the global launch may follow Final Blade’s official Facebook page for more information.