It has been a couple of months since The Pokemon Company first announced that Pokemon Masters would be coming to mobile devices this summer. Well, summer is here and there is still no official release date in sight. However, the good news is that pre-registration for Pokemon Masters has already begun, which means the launch can’t be that far behind. 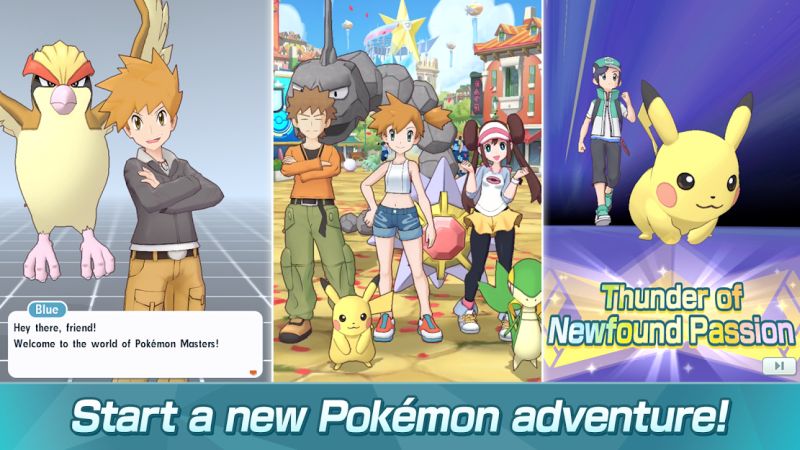 Those who are pre-registering through the Apple App Store will probably notice that the Pokemon Masters listing says, that it is expected to launch on August 29. While The Pokemon Company has confirmed that this is the tentative release date, the company made sure to clarify that an official announcement will be made once the date has been finalized.

Pokemon Masters isn’t the typical Pokemon game in the sense that the goal is to recruit Trainers. Popular characters from the series can be enlisted and they will take their respective Pokemon with them. Players will be competing in the Pokemon Masters League, but the battles are 3-on-3, hence the need to recruit other Trainers.

The game boasts of real-time cooperative play for players from all over the globe. Up to three players can team up in order to fight battles together. As with any Pokemon game, elemental weaknesses play a huge role when it comes to dealing damage to opponents.

Players in Singapore and Canada get first dibs on Pokemon Masters as a preview version is available for supported Android devices. Those who want to try the preview version must have a device that supports Android 7 and has at least 2GB of RAM. Save data from the trial will carry over once the game is officially launched in August.

Pokemon Masters will be free to download, but mobile devices need to be at least Android OS 7 or iOS 11. If you want to pre-register for the game, you may do so through the Google Play Store or the Apple App Store.