Bandai Namco has recently announced that its upcoming match-3 puzzle title, One Piece Bon! Bon! Journey!!, is going to be launched later this year on both iOS and Android platforms. The game is already available for pre-registration. The Japanese version of the title was announced back in 2019, so we don’t expect the English release to be much different. 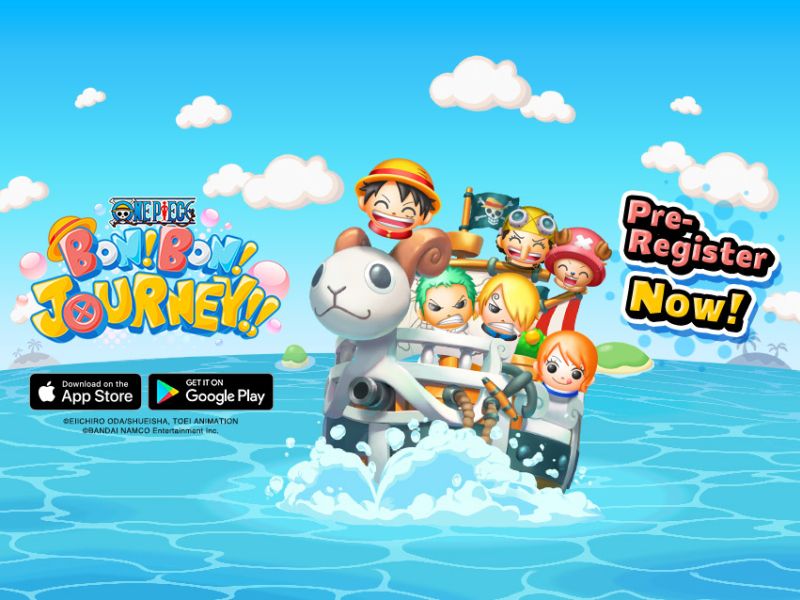 Based on the famous One Piece anime series, One Piece Bon! Bon! Journey!! is a thrilling puzzle game that sees beloved characters such as Zoro, Nami, Robin, Luffy, or Law transformed into lovely petite bonbons. Characters retain part of their special moves. Luffy, for instance, retains his Gum Gum Gatling attack. In this new release, even famous enemies such as Doflamingo, Mihawk, or Buggy boast charming, new designs.

If you want to find out more about One Piece Bon! Bon! Journey!!, be sure to watch the official trailer below.

The game features match-3 puzzle combat mechanics. Players will have the possibility to decorate their islands with the treasures they find as they progress through the game and build various facilities. You can also use social media to share your gaming experience with friends, send each other gifts, or compare scores.

Pre-registration for One Piece Bon! Bon! Journey!! is already open and players can sign up for the upcoming title through the game’s official website. However, no pre-registration milestone rewards have been disclosed yet. The title will be free to play and it will more than likely feature in-app purchases. We will keep you updated as more information becomes available.