Developed by Pixel Pajama Studios, Sonar Smash is a dolphin-themed Shoot ‘Em Up that will launch on mobile devices on April 8th. Back in July 2019, Pixel Pajama Studio released Astral Defense, their debut title. Following the release of Astral Defense, which is a typical space shooter, the developer put his creativity to a test and came up with Sonar Smash, a game in which dolphin blasting sonar waves are used to take out enemies.

Want to see for yourselves what Sonar Smash is all about? Check out the game’s reveal trailer below.

In Sonar Smash, players will be challenged to take the role of a dolphin that uses its sonar to take on a wide variety of sea creatures. In your quest, you will need to collect rings and use them to unlock new powers, purchase upgrades from a random vendor, or refill your hearts when you get damaged. Scoring high will allow you to win boosts, relics, chests, and receive in-game achievements. 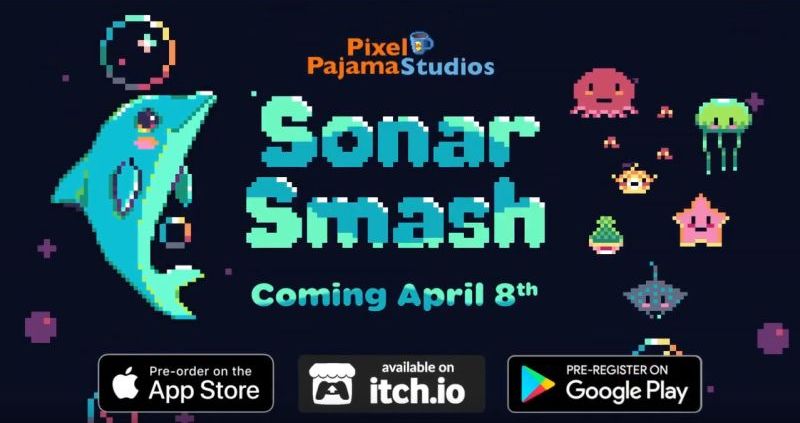 Based on the information provided in the trailer, Sonar Smash will be released on April 8th and it will be available on iOS, Android, PC, and Mac. If you are interested in giving Sonar Smash a try and want to make sure you don’t forget about its release, the game is already up for pre-order on the App Store and Google Play. If you prefer the desktop version, then you can pre-order it here.

Sonar Smash will be free to play and will feature in-app purchases. Those players who do not want to be bothered with ads will be able to opt for the ad-free full version via an in-app purchase of $2.99.