Based on the famous Netflix series and developed by Big Wolf Games in collaboration with Gaumont and Tilting Point, Narcos: Idle Cartel is an exciting idle clicker that portrays the series’ characters and world in an original cartoon fashion. According to Samir El-Agili, the president of Tilting Point, Big Wolf has already proved its expertise in the idle games genre, making it the ideal developer for their new project: Narcos: Idle Cartel.

Structured as a TV show, the episodic gameplay style will allow you to discover new characters, enjoy thrilling storylines, and build up your narco empire.

The game introduces players to the deadly cartels’ world after inheriting a family business that is far from being licit. Whether you decide to keep your hands clean or do anything in your power to survive in this new questionable business, is completely up to you. 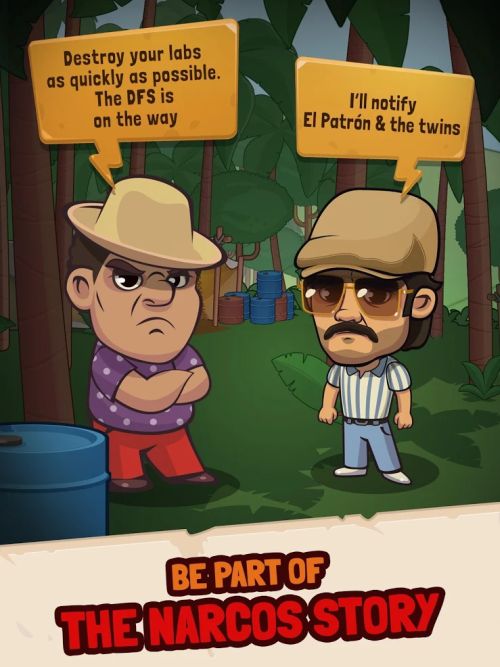 El Patrón, who is a legendary smuggler, will become your new business partner and will help you grow your empire. As you progress through the game, you will be able to increase production speed and profitability. Train your workers right and you will be able to build up your empire from scratches and compete against other players in limited time events to win rewards and favours from the legendary El Patrón!

If you want to give Narcos: Idle Cartel a go and become an active part of this thrilling narco story, the game is already available for pre-registration over at Google Play. Though there is no certain release date, we know that the game will be available on both Android and iOS before the end of 2020. If you want to keep up with the latest updates, make sure to head over to Tilting Point’s official website.