A stunning anime-inspired 5v5 MOBA developed by NetEase, Extraordinary Ones is out now on iOS and Android platforms. The game’s pre-registration campaign recorded more than 150,000 sign ups. And that means that the entire range of pre-registration bonuses (e.g. in-game currency, unique rewards, etc.) that were at stake has been successfully unlocked. 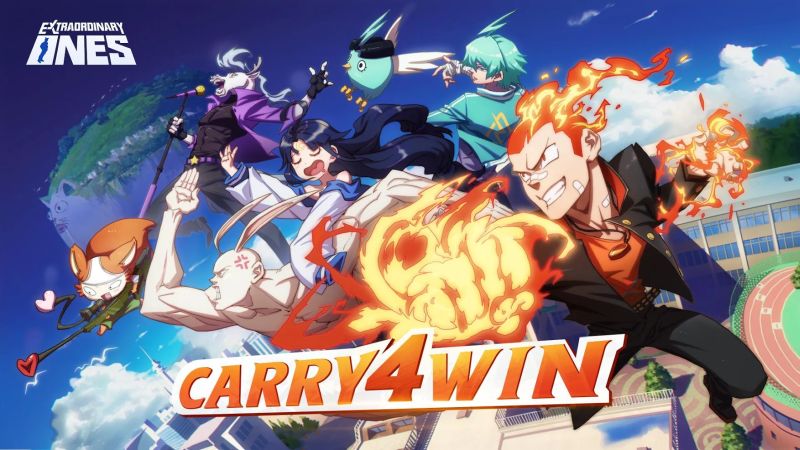 The plot of Extraordinary Ones is set in Esper City, a place in which humans, monsters, and supernatural beings co-exist. Esper City also hosts the so-called Grand Academy, a school where students learn the art of tactical combat and battle against each other. The characters roster is inspired by oriental mythologies and various anime tropes.

Players can opt for classic roles such as Assassin, Support, Tank, Ability Power, etc. Each role comes with a series of heroes to select from, each hero endowed with different powers. The more you use a certain hero, the more you will bond with him. If you interact with him by sending gifts, you will be able to unlock amazing rewards: facial expressions, new skins, etc.

As of now, there are 36 characters in Extraordinary Ones that players can try out. However, a new set of characters will be released every week. The latest release is Ittan-Momen, an attack ninja that focuses on causing damage.

After you choose your heroes, you will be redirected to a three-lane MOBA set up. Your goal will be to destroy your enemies’ towers until you get to the Principals, which is the main tower.
The game features ranked and non-ranked play, as well as an AI training mode that allows players to practice by playing against bots.

With a nice comic book aesthetics and innovative features, Extraordinary Ones promises to deliver hours and hours of thrilling action and fun. The game is currently available on both Google Play and the App Store. Extraordinary Ones is free to play and features in-app purchases.