Following its launch on iOS at the end of last year, Space Grunts 2 has finally made it to Google Play. The original Space Grunts game from 2016 featured a sci-fi setting and was a grid-based roguelike dungeon crawler. Though the sequel shares some of the original version’s features (e.g. similar sci-fi universe, art style, roguelike), the new game brings to the table a new key feature: it is a card-based roguelike game. 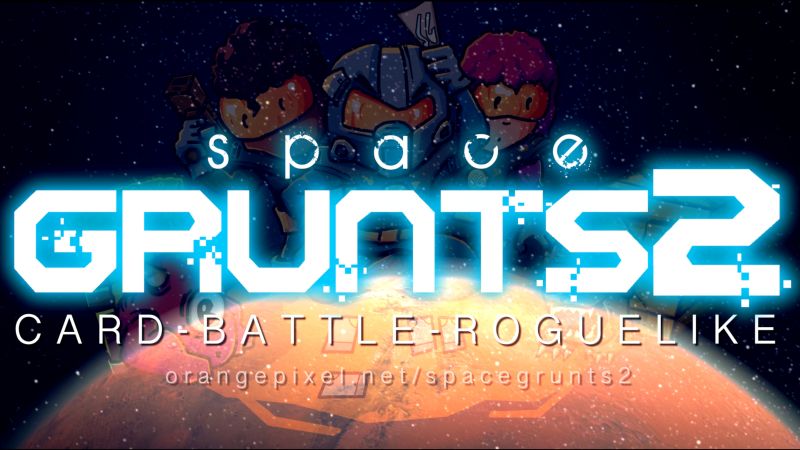 In simple words, the original turn-based action has been enhanced with a new card-battle mechanic, mixing the intuitive card-based battles with roguelike gameplay in a challenging and fun way. If you want to check out what Space Grunts 2 is all about, check out the game’s trailer below.

In Space Grunts 2, each level is generated procedurally, thus making each run feel new and fresh. As you progress through the game defeating enemies and experiencing new settings, you will discover rare cards and enjoy random events.

The theme of each level varies (e.g. deadly infestations, comets dropping, spontaneous fires, etc.) and there are various routes to choose from, allowing you to decide what and how you want to explore.

The game comes with an interesting feature that allows you to build an unstoppable deck of cards that you can use to challenge enemies. Modifier cards can be collected and used to change the game’s rules. This new card-battling mechanic changes the game’s flow, offering players more options to modify their equipment.

If you have already tried out Space Grunts and you are curious to see what the sequel brings new, Space Grunts 2 is already available for purchase on Google Play and the App Store. The game is a premium release and will set you back $3.99. What’s more, it features no in-game purchases or ads.